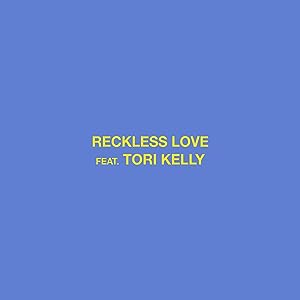 ‘…the song ‘Reckless Love’ has been an anthem for a generation, a song that has, and always will be, one that will as much unite as it will divide. Some of laid claim that the term ‘reckless love’ shouldn’t even be used to describe God’s love, because the term ‘reckless’ goes against everything that God Himself stands for. While others, myself included, have no qualms with the word reckless, because even though I know myself that the term can be received in a negative way, how ‘reckless’ is used in a song like this can also evoke moments of thankfulness and realisation, of poignancy as well as gratitude… God Himself is never described as reckless, but rather, His love, as seen by the world and through the lens of contemporary society at the moment, can be concluded and seen as reckless, everytime. Because in all honesty, who would die (and rise again) for someone who may or may not come back home? Sure, it can be easy enough to die (maybe not die, but at least suffer excruciatingly) for someone you love, or for at least someone you respect and admire, and they see the same for you. But for millions of people around the world, they may never know Christ, or may never want to know Him. They may outwardly deny Christ’s divine nature, or they may not even admit they need saving. And Christ died and rose again for them as well. That love is so baffling for the human mind to reconcile, maybe even reckless, some would call it. Thus, this song ‘Reckless Love’ is appropriately titled as we are reminded of the lengths Christ would go (and did) for humankind to be reconciled back to Himself. Sure, there will be people that won’t accept the Lord as their Saviour when the time comes. But still the Lord loves us all unequivocally, and all the same. We are to be reminded of the love given so freely and without condition. The love to be received by us ought not to come with a list of things we ought to do or what we shouldn’t do. Because once we place conditions around the love given by the Lord, He may as well not have even come to die and rise again in the first place. Cory Asbury’s song divides but also unites as well. And the song couldn’t come at a better time than in such a divisive society where we need a revelation, that God’s love comes for all, and invites us all at the table, because each and every one of us is as valued and treasured by God Himself, just as we are…’

This above quote was written in January 2019, around a year after Cory Asbury’s album Reckless Love released. With my review of the album around one year after Cory’s chart-topping release, here I am standing in 2020, a year once again removed, reviewing again ‘Reckless Love’, showcasing a quote from last year, as the basis and foundation as to the very reason why I am dusting off again ‘Reckless Love’ (albeit a new version) to be examined with the microscope to see what kind of truths I can still gather from a song that I reckon has become an anthem for many around the world (myself included), over the last few years. As I have said in the aforementioned quote, there’s nothing else much to say about ‘Reckless Love’, except if you’ve heard it, then listen to it again and bask in the enjoyment of hearing it again and getting something new from it again. Or read through our reviews of the song ‘Reckless Love’ on our website, by artists like Israel Houghton, Cimorelli, Anthony Evans and I AM THEY, and then come back here to take a glimpse of this review, yes- my musings here is in fact a review of ‘Reckless Love’- this time it’s Cory Asbury, featuring the powerful vocals of crossover pop/gospel artist Tori Kelly in this emotive and compelling duet (let’s just say that Tori sings 70% while Cory sings 30%). This song by far is my favourite version of the track (yes, even better than the original), as this unique rendition strips back the instruments to have more of an organic feel, as I reflect upon these lyrics all the more and become reminded of the gravity and weight of these words sung by both Cory and Tori, as this melody fast becomes one of my favourite worship songs of the 2010s decade!

These words sung by these artists (and hopefully by us in the process) are such words that ought not to be sung lightly as we understand that words in ‘Reckless Love’, if sung wholeheartedly and with full realisation of what we’re singing about and who we’re singing to, should in fact change our lives. It is a song that is life-giving and a song that is life changing. The addition of Tori Kelly in a Cory Asbury song that is already great can hopefully attract more of a mainstream audience, as this song, as controversial as it sounds, is one that is very much needed in a society where the definition of what worship looks like and what it consists of being, needs to be turned on its head- ‘Reckless Love’ is doing this, these past few years. Well done Cory for this yet-again another, but still equally profound, and much needed, rendition of ‘Reckless Love’, a song that’ll still continue to change people’s lives and reach many, many more people because of Tori’s involvement in this melody. Can’t wait to see more and more people impacted and changed because of this song in the upcoming weeks and months ahead, especially during a time where we needs songs like this, the most.