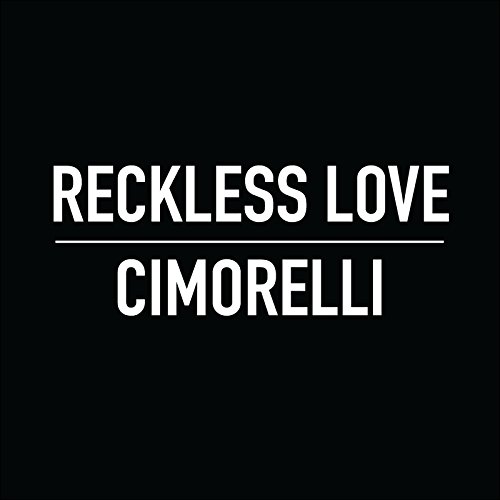 If you have been hiding under a rock or living in a dark cave the past year, let me tell you something that you need to know. Cory Asbury’s song “Reckless Love” is THE song of the year. Twice winning at the K-Love Fan Awards recently (for worship song and breakout hit single of the year!), this track has been covered my many artists (both popular and indie!), as Cory’s recognition and popularity begins to explode, and exponentially skyrocket. While we as a site haven’t reviewed the album of the same name from Cory yet (shame on us!), the time has come where we cannot ignore what a massive impact this song has had on today’s worship culture as a whole- it’s time for us to talk about the song in general, and what better way to do it, than to focus on one of my favourite renditions of the track ever (yep, even more so than the original recording!).

While I’m sure anyone who has followed our site knows who Cimorelli is- if you don’t know, then you can check out all their information here. But what I will say is this. This song may be the one that could take the notice of major Christian labels. Not that Cimorelli would ever want to sign to a label any time soon though- in my opinion their strongest albums to date are the ones recorded independently (Up At Night, Alive and Sad Girls Club!); but I guess it’s good to know that if they ever did get signed, in my opinion it probably would have been this cover in particular that was one of the main reasons. Because “Reckless Love” by Cimorelli is that good!

All six sisters (Christina, Katherine, Lisa, Amy, Lauren and Dani) singing in perfect harmony and each having their unique and distinct voices. Check. Each of the sisters’ voices blending together to make a captivating and stirring anthem for the ages. Check. A piano only worship song that could only be described as magical, stunning, near-flawless and exquisite. Check. Also a melody that vibrantly displays the strong faith of each of the members. Double check. This version of “Reckless Love” has everything going for it- and for those who only know about CCM music, you’ll definitely know who Cimorelli is, and yearn to want to learn more, after listening to this. Also, for those who are fans of Cimorelli, and aren’t Christians yet, well perhaps you may have to rethink your position after listening to “Reckless Love”. That’s how strong this song is in my opinion- it has the power to change lives- and the fact that it’s sung perfectly by an artist that is predominantly present in the mainstream media, with the power to influence far beyond the wider mainstream community, is even more remarkable.

The sky is the limit for Cimorelli’s future, and “Reckless Love” from Cory Asbury in my opinion will play a huge part in it. If you are a fan of Cimorelli (as I am), then you’ll love “Reckless Love”, and you’ll probably hope that the band will cover more worship songs in the future, and then maybe sing an original worship song in the future with a well known guest vocalist worship leader. If you’re a fan of worship music, then you’ll also love “Reckless Love” and you’ll probably binge through Cimorelli’s discography, and hope that their songs are covered by another artist (Christian or mainstream) as that would really put them on the map. Either way, this cover by Cimorelli is revolutionary. So what are you waiting for? Check out one my favourite song of the year, by one of my favourite artists ever! Oh, and wait very soon- Jon’s review of Cory Asbury’s album Reckless Love is coming!