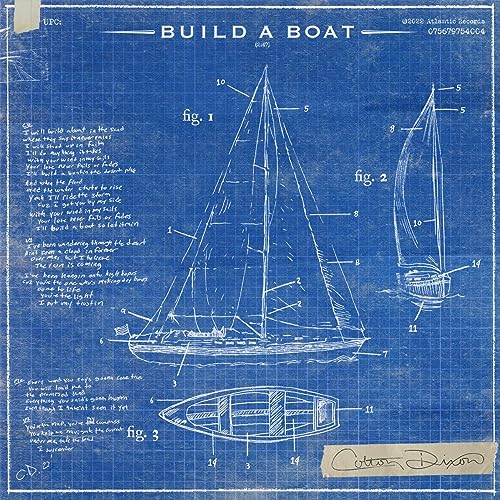 Colton Dixon is practically a mainstay within the CCM scene nowadays. Since his burst into music after his American Idol exit all those years ago, alongside chart-topping songs like ‘You Are’, ‘Never Gone’ and ‘More of You’, Colton’s exposure to the industry has come alongside maturity. Even in his most recent full-length 2017 album Identity that birthed the singles ‘All That Matters’, ‘I Would Choose You’, ‘No Greater Love’ and ‘The Other Side’, Colton delivered arguably what I believe was one of 2017’s best, in either CCM or mainstream. Using the same platform as many artists- American Idol, from artists like Carrie Underwood, Danny Gokey, Mandisa, and Jason Castro, to Daughtry, Kelly Clarkson and Kris Allen; to start a career in music; Colton’s unexpected exit from American Idol was more of a blessing in disguise. Signing a record deal with Sparrow Records (and subsequent leaving), and 3 albums later, Colton, alongside Mandisa, has been one of the most successful and greatest finds, out of anyone who has moved from American Idol to Christian music, ever. Colton unveiled his ‘comeback’ EP in 2020, since Colton’s own departure from Sparrow Records (now he is on Atlantic Records, home to artists like Skillet, Ava Max, Coldplay, Charlie Puth, Ella Henderson, Rob Thomas, and Jess Glynne, to name a few); and though only a five track EP, was still one of 2020’s most enjoyable and compelling, with songs like ‘Miracles’, ‘Can’t Quit You’ and ‘Devil is a Liar’. We as a site, unveiled the EP review here, and now around a couple of years along from that release, Colton is at it again- a new song ‘Build a Boat’, inspired by the Biblical Old Testament account of Noah and how he was obedient to the Lord’s call, for building a boat, even though it was, on the surface, nonsense, something that didn’t make sense in the moment.

Standing at around 2 minutes 50 seconds, ‘Build a Boat’ is a light acoustic track that isn’t necessarily rock, nor is it upbeat- it instead is a light and ‘breezy’ song about building a boat in a literal sense, but beyond that, it’s about stepping out into the unknown, moving into territory that we may not comprehend or understand at the moment, but still heed the call, because it is God who has called in the first place. It’s a song about obedience, and a reminder that it is because God who tells us go, that we go, not because of what we believe to be within our own timeframe, or what we believe is something that we need to do (and thus use the Lord to ‘rubberstamp’ our own idea), instead of following what the Lord says, regardless of how seemingly ‘crazy’ it can seem on the surface. ‘Build a Boat’ reminds me thematically about ‘Crazy People’ from Casting Crowns’s Healer, and what I wrote about that song, applies very much to this song as well- ‘…[Crazy People] is an upbeat anthem that reminds us that even if the world sees us as crazy people, we ought not to shy away from what we believe. That by human opinion and standards, we are considered crazy, and that maybe that’s ok…’ Building a boat ‘in a desert place’ can seem crazy to people on the outside looking in; and may seem crazy to ourselves as well. But all in all, God calls us to step out and activate crazy faith, and if it’s God who has called (and we know beyond a shadow of a doubt that it is God, and not just ourselves or even the devil), then all we do, is to step out and do it, regardless of how ‘crazy’ it can seem to people who may not know us, or even people who may know us well. A song that can hopefully allow us to be bold with courage to undertake the things of the Lord, regardless of how we ‘look’ to others, well done Colton for ‘Build a Boat’- looking forward to whatever the Lord has in store, in the upcoming weeks and months ahead.