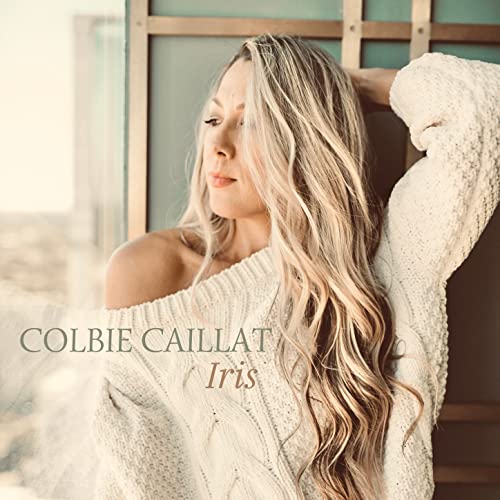 The Goo Goo Dolls, comprising of Johnny Rzeznik and Robby Takac, have been around since the 1980’s. They’ve created numerous albums and hits, and we blogged about the group’s influence a few years ago. You can read more about Johnny and Robby on Wikipedia… but by far the group’s crowning achievement would have to be the 1998 hit “Iris”. My brother Jon spoke at large about what the song means to Johnny and Robby, and the fact that the song was inspired by the movie City Of Angels: Released in 1998 and starring powerhouse actors Meg Ryan and Nicolas Cage, the premise of the story goes like this- an angel on earth, presumably as a guardian angel to people, falls in love with a mortal woman, and throughout the movie, connects with her, all the while longing and wanting to be ‘free’ of his celestial duties and live a life- as mortal as she, with her by his side. Now such a movie can be seen as blasphemous to some, but the way I see it- the movie (and in extension the song ‘Iris’, because it’s written from the POV of the angel) is a question we all need to answer- can I choose my own destiny or is it written out for me? It’s the whole ‘predestination v free will’ question we humans have been plagued with for years; and will still be plagued with until the end of time. Because there’s answers for both schools of thought. And both answers can logistically be valid. But what this movie and song hopefully reminds us is to not be afraid to ask questions that seemingly seem impossible to answer, because in asking these questions, we are giving people an understanding that life isn’t as simple as we make it out to be- there are a lot of nuances and things we need to consider. City of Angels– begs the question- are we willing to give up everything we hold dear for a relationship? Whatever that thing that is the most certain to us is- in the movie’s case, the certain thing was the angel’s immortality, but it can be different for different people watching the movie. The first line in the song really hits home for me- ‘Iris’ starts off by saying ‘…and I’d give up forever to touch you, cause I know that you feel me somehow, you’re the closest to heaven that I’d ever be, and I don’t wanna go home right now…’ and is a challenge to us all to figure out- what do we hold so dear in our lives? Should that still be the case? If we want to start meaningful relationships, what are we willing to compromise in our own lives and what are the values that are non-negotiable? These are the things that we need to consider, and think about, and maybe, movies like City of Angels and the Goo Goo Dolls song ‘Iris’ don’t have the answer to, and that’s ok. Vulnerability comes through in ‘Iris’, and is a reminder that songs bear the windows to a soul, and that it is ok to put your own feelings into a song, for when you’re vulnerable as an artist, it encourages others, especially listeners, to be so as well. ‘Iris’ is as emotional as it is poignant, as challenging as it is comforting, as God-breathed as it is earthly inspired, as a song that really gets to the heart of feeling and emotion, is something that we all need to connect to, especially now more than ever!

But as the Goo Goo Dolls recently released a new album (Chaos In Bloom), which we reviewed; why are we still talking about “Iris”? Well… it’s because pop singer/songwriter Colbie Caillat has released her comeback single- and it’s a cover of “Iris”. Colbie, who split from her band Gone West, and decided to create solo music again. Colbie, who’s last full length solo album was in 2016. Yep, that Colbie. And so… why would we need to ‘review’ this already popular and iconic song? And yeah, this post is probably unnecessary. But aside from the Goo Goo Dolls original version and Ronan Keating’s version… I don’t think there’s any other cover of this track. And this makes Colbie’s rendition all the more powerful. It’s close to the original recording, and it’s energetic, vibrant, and passionate. With Colbie dipping her toe back into being a solo artist, with a cover of a timeless classic; it makes us marvel at her vocals and anticipate what is next all the more.

What is next for Colbie Caillat? Presumably a new solo album in 2023, I reckon. Will it be a rock album (seeing that she covered a rock song), or a covers album (seeing that her latest track is a cover!) or something similar to her previous material? Only time will tell. We blogged about Colbie in our influential artists of all-time series– so take a read of that at your leisure. Colbie’s discography and songs are inspiring, moving, powerful, relevant, and relatable. And this extends to “Iris”. So what are you waiting for? The Goo Goo Dolls may have recorded and released the more formidable and powerful version of the song. But Colbie’s rendition is still pretty good. Well done, Colbie, I can’t wait to hear what’s next from you within the upcoming year!