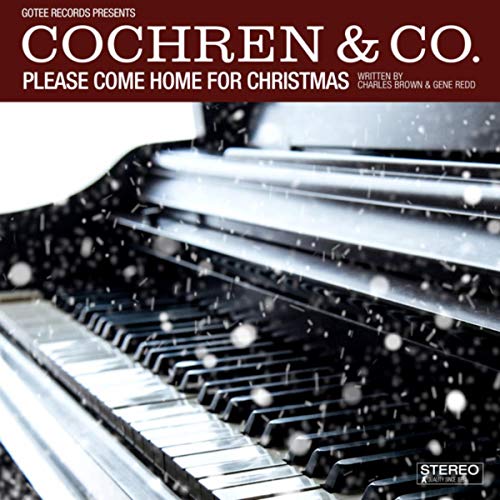 The latest artist to sign to the ever-underrated label of Gotee Records, Cochren and Co. (with lead singer Michael Cochren) came with a splash in the two-song single ‘Church’ and ‘Grave’, both songs having the potential to become included in the popular and most polarising yet equally unique and exciting album of the year within the Christian circle, WOW Hits (the next instalment is WOW Hit 2020). Unveiling songs that have had Michael channel other artists like JJ Weeks Band, Aussie/NZ singer Stan Walker, Sidewalk Prophets, and even fellow Gotee Records aritsts Finding Favour; Cochren & Co. unveil yet another, but obscure, song for us to hear until the EP/album release from Cochren in the future.

‘Please Come Home for Christmas’ is a song written by soul/blues singer-songwriter Charles Brown that was released in 1960, and, when it all boils down to it, is a very sad song. Probably the song that is even sadder than this one is ‘The Christmas Shoes’ by Newsong, and even that song had hope in there at the end. Which goes to show us, that the happy songs we sing at Christmas are indeed welcomed, but they only tell us a portion of the story. Christmas at times can be a difficult season for some, for whatever reason. ‘Please Come Home For Christmas’ is a song about that very thing- loss and being apart from loved ones during a season of togetherness. A song where Cochren declares for his ‘baby’ to come home for Christmas because he has no friends, we are reminded that there are many in need during a time where we all should have plenty.

No matter how people can interpret the song in all its facets and nuances, the fact of the matter remains, that such a song like this is evidence that Christmas, underneath all the pretty lights and the carols, the smiles, and cookies and chocolate and gatherings, the stories of old and the projections of hope and comfort in the new year to come, behind all of that, can lie hurting people. A song like this awakens us up to the reality that during this time, everyone may not be ok, even if we think and say we are. Cochren & Co. have undertaken this song with a lot of grace and poise, as this song is a reminder to all to stop second-guessing and help someone in need this Christmas season. Well done Cochren and Co. for such a powerful and poetic song, here’s hoping there’s more transparency amongst Christmas melodies both now and into the future!