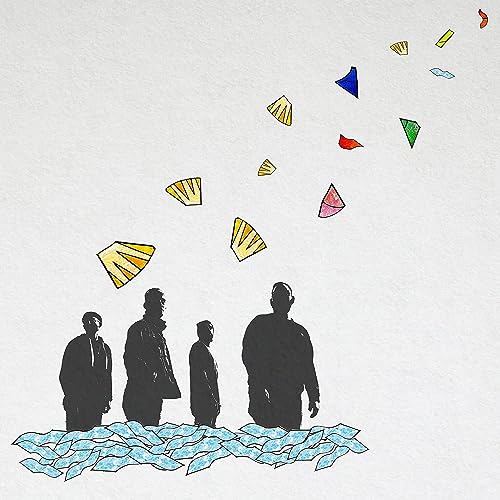 Let me just say that I wasn’t really much of a fan of alternative band Citizens, for most of their entire run as artists. Sure, I heard their song ‘Made Alive’ back in the day, but I guess other artists came by and I was much more enamoured and excited by artists like Tenth Avenue North, Skillet, Switchfoot and needtobreathe, that I guess I couldn’t fit Citizens in the mix. Sure, from what I did hear of the band, they were talented, but I guess when you’re listening to music generally, you can only bite off so much. Everything else that you may have wanted to listen to, you’ll have to shelve for another time. And so I guess the time for the website (and me) to explore Citizens (or to be precise, Citizens’ new album The Joy of Being, of which we as a site reviewed here) is this year, and as we see the band deliver what I reckon is one of 2020’s most underrated, we see them bring to us another pseudo-new song this year- ‘Light of Your Grace (Radio Version)’.

Now I’m pretty indifferent about radio versions of anything, in general. I guess frankly, if a radio format makes the song lose a bit of the original’s emphasis, quality, intentionality, and passion (Chris Tomlin’s radio version of ‘God Who Listens’ is a whole minute shorter, the radio version of the song feels like it’s being rushed), then I’m in the favour of the original. Radio formats do create unique renditions of original tracks (see the radio versions of ‘New Day’ and ‘Love God, Love People’ by Danny Gokey), so I guess all in all, good points and bad points. So what does the radio version of ‘Light of Your Grace’ have that the original doesn’t? Nothing much though. I can’t really tell the difference between the two versions, and maybe that’s just because the song itself is catchy, but unfortunately not really having much replay value to begin with (the song is good, but not great!). Nothing against the passion presented in ‘Light of Your Grace’- it’s there. But when you have other energetic and compelling bands out there like Rend Collective, Crowder, Leeland and Needtobreathe (alongside now-disbanded bands Bellarive, The City Harmonic and All Sons and Daughters), it’s hard to get into Citizens and their music, no matter how hard I try. While my brother wrote a positive review on the album earlier on during the year, I myself find the band as this- having the purest of intentions and believing that they have true passion in their music, but still upon hearing this song (and a few of the others in the album), I find that it’s not translating as well to my listening experience. Which is ok. Others may feel compelled by this song, and that’s great. But for me, this’ll just be in a modern worship playlist, and maybe down the line, I’ll warm up to this track, and a few others from the band too. But as it stands, bands like the ones aforementioned (as well as Phil Wickham) have been filling my listening experience with albums of theirs, of late. Who knows, maybe in a few months I can revisit ‘Light of Your Grace’ again and see. But right now, off to listen to Phil Wickham’s Hymn of Heaven for the 3rd straight time in a row. Who’s with me?