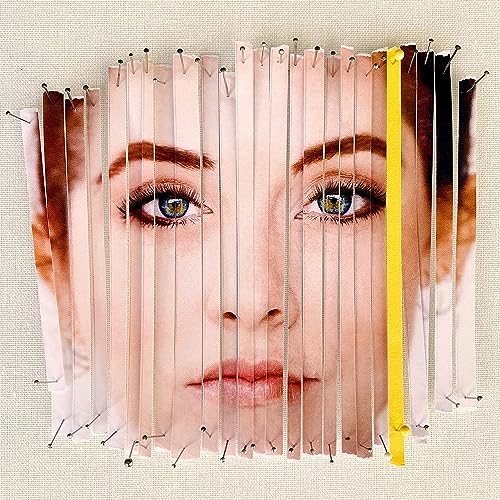 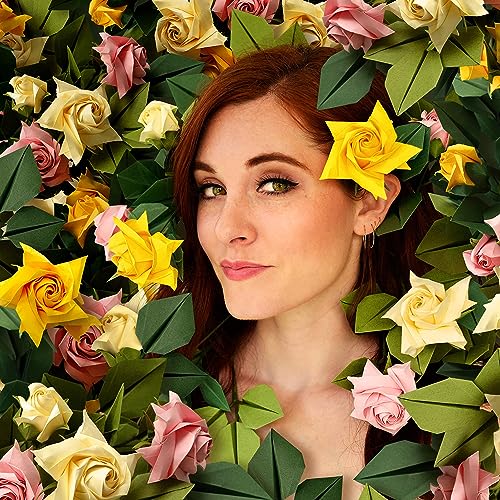 Mandy Harvey would have to be one of the world’s most impactful musicians of late. We as a site did a blog post about her, that can be read here, but in a nutshell, Mandy lost her hearing when she was 18, and since that unfortunate time, she’s been pursuing music and learning to ‘hear’ while being deaf. Through the use of vibrations, and visual tuners, Mandy’s been able to create a world where she can ‘hear’, creating music that is heartfelt, compelling, and most definitely God-inspired. Mandy’s recent PEOPLE.com interview tells a chilling and impactful account of Mandy’s own hearing loss journey, and through it, I’m sure people (myself included) would gain some perspective to see that our own problems don’t necessarily compare. Mandy already had a hearing loss condition, Ehlers-Danlos syndrome, where her hearing loss was a result of a disorder in the connective tissues in her ear, but how she lost her hearing fully was an accident with a bicycle- even though the cyclist called for her to move out of the way, and she couldn’t even hear him. As a result, Mandy’s spent more than 10 years being deaf, and yet, 4 albums later, Mandy’s ability to ‘hear’ without even hearing is now becoming an inspiration, especially after her stint on America’s Got Talent. Her 2019 album Nice to Meet You by far is one of the most out-of-the-box releases of that particular year, and songs like ‘This Time’, ‘Try’ and ‘Release Me’ are some of the songs that have become anthems for many people who have observed Mandy’s musical journey since her America’s Got Talent auditions onward. Now in 2021, Mandy’s ability to create music has extended to her creating a new album on kickstarter, and just this year, she’s released two singles from the upcoming project- ‘Masterpiece’ and ‘Bought Myself Roses’.

‘…it was like everything changed color in that moment [just after the accident]. All of the colors just went to black and white. It was the undeniable realization that my life was never going to be the same. I didn’t realize that the journey I was about to dive into was actually going to be quite a beautiful one. But at that moment, I thought it was the day my life was over… I needed to relearn how to have basic conversations [in the days and weeks afterward]. I had to relearn how to wake up in the morning with a vibrating alarm clock and how not to be afraid that people were coming up behind me and how I was going to live a life that was so very different now. The adjustment was not a gentle one for me. I was clawing, just trying to hang on to what I knew instead of embracing and moving forward with who I was now…’ It is in this quote that her upcoming new songs from her new album (‘Masterpiece’, ‘Bought Myself Roses’) become ever more poignant and heartfelt- ‘Masterpiece’ reminds people of the masterpiece of a person that they really are (not who they believe they ought to be), as we are given hope and encouragement in how most often than not, it’s our broken pieces that we can often dismiss the most, that can be the healing parts of not only our own journeys, but other peoples experiences and realisations as well. ‘Masterpiece’ is a reminder that we, as imperfect, broken, and difficult people as we are, are seen by the maker of the world as masterpieces, that we come to God as we are, not as we think we ought to be…and then He does a work in us from the inside out. We come as broken people, and we may still leave broken, but at then end of it all, hopefully we’ll have an experience that changes our hearts to become more empathetic to people around us, allow us to extend more compassion and grace to people who are of a plight that may be similar to ours. ‘Bought Myself Roses’ similarly expounds on our own beliefs that we are masterpieces in the sight of God our Father; and extends this understanding to this issue of mental health as well. For it’s one thing for God our Father to declare Biblical truths over ourselves, but it’s another that we actually believe them. The mind can be a powerful tool that either is used for building us up; or tearing us all down. ‘Bought Myself Roses’ is a way of trying to check in- with yourself and the people around you as well. As Mandy herself puts it, ‘…‘Bought Myself Roses’ is about mental health awareness and I’ve personally been making a point to stop, take a breath, and check in – not just with those around me but with myself too. This past year has put such a strain on everyone, and I know I am not alone in feeling a little lost and overwhelmed. This song is a dedication to taking care of myself, going outside, exploring new passions, and finding ways to appreciate this beautiful world we live in. My hope for this song is that it encourages people to take time to focus within…’

Both ‘Bought Myself Roses’ and ‘Masterpiece’ give a snapshot into what we can expect from the forthcoming album from Mandy in the future- and if what is coming is exactly like these two new tracks, then I guess we’re all in for a treat. An artist that is totally underrated, and one that is as much inspirational, as they are trying to get on with music and singing without making too much of a fuss about their disability; Mandy’s way of communicating without hearing is a testament of only one thing- God’s providence and grace over her life. With a steadfast devotion to de-stigmatising this notion that if you’re deaf or have something else, then you’re ‘less than’ everybody else; Mandy’s proof that with hard work, determination, and a willingness to try and fail, dreams can be accomplished, no matter how far they can seem to be in a distance. Mandy’s lack of hearing hasn’t slowed her down (at least musically), as both these two songs sound powerful and clear. Emotive and heartfelt, this is a must-listen if you’ve been a fan of Mandy’s previous music, or if you enjoy pop music with a jazz edge, or artists like Delta Goodrem, Rich Mullins or All Sons and Daughters. Well done Mandy for such songs that are needed during this time of 2021. Can’t wait to see what the new album has in store for us, at the end of 2021!

‘…I was at home and I was really kind of analyzing this whole 2020 fiasco that seems to have hit everyone. And there were a couple of moments when I really did say out loud, “Gosh, I wish this year had never happened!” and I kept seeing people saying “On to 2021!” when we were only in April, and I was thinking, “You know, this year isn’t over yet!” And that wave hit me and then I kind of planted my feet firmly to say, “No. This is the year — this is how it is this year.” You can’t just cherry-pick your best moments, because sometimes the hardest moments and the struggles that you deal with make you stronger and make you a better person. Think about all of the things you’ve been through in your life — if you only remember the really beautiful moments, you wouldn’t appreciate them without having survived through some of the difficulties. And so the song [Masterpiece] was initiated with this idea of “I want to love all of who I am, including the broken pieces that I wish people didn’t know about, or that I could throw away. I want those to be celebrated because I’m becoming a better person — a better version of myself having gone through them.”…’