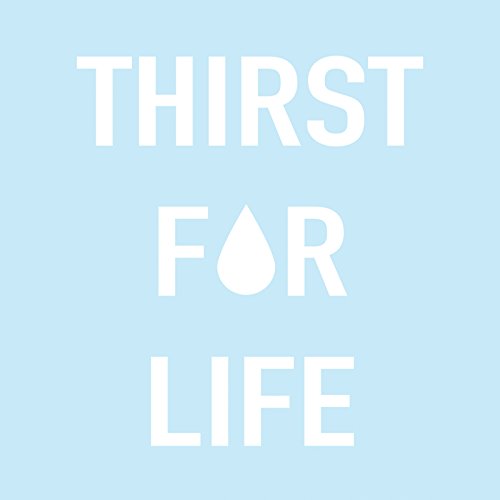 Cimorelli is by far one of my favourite all-girl groups ever. Maybe even one of my favourite bands (not solo artists, just bands)- either male or female fronted…ever. Being within the same group as other bands like Newsboys, Third Day, MercyMe, Casting Crowns, Tenth Avenue North, for KING AND COUNTRY, BarlowGirl, Switchfoot and Delirious? (with Cimorelli added, I think I’ve just listed my top 10 bands, ever!); if you haven’t heard of the all girl, all sister group originally from California (but now live in Nashville, Tennessee), well, then you best be going on to check out your friends youtube and google for the relevant information. Katherine, Christina, Lisa, Dani, Lauren and Amy Cimorelli are some of the most honest, emotive, raw, hopeful, and encouraging artists that have influenced both the mainstream and Christian circles, delivering a myriad of pop and inspirational covers, alongside 5 EPs and 3 albums full of original material. These six sisters (all of which have a further 5 brothers, and are in a family of 11!) are as needed in todays society, as role models to the young generation, as they are relevant and heartfelt, and much of their music, be it covers or original material, oozes such passion and fervour. Their new single release ‘Thirst For Life’ is no different.

It is no secret that anyone who has been following the reviews that we post on 365DaysofInpsiringMedia.com knows that Cimorelli and their music has had a tremendous impact on our lives over the last year or so. Borne out of northern California and formed by six sisters, these young women who made the trek from California to Nashville not too long ago have been wowing us over the years with their musical ability. The sisters have continued to remind us to stay firm in the values that we have in this crazy world that we live in, being role models to specifically young girls and teens, but more toward the wider community of just young people who are trying to figure out their place in a world like we are in today. While each member of the band are strong in their Christian faith, let me tell you that this is not a Christian band per se- just one look at their discography of music and you know that they primarily delve into the genre of pop, with their second full length album Alive being a departure from their pop-country and indie-radio pop sound (evident on their first and third albums, Up at Night and Sad Girls Club respectively) as the girls used their musical platform to present what I reckon is perhaps one of my favourite underrated worship albums of the 2016/17 period.

Now fast forward to 2018. The band have continued to amass a following, that has continued to grow further through the advent of a podcast not too long ago (called The Cimorelli Podcast, of which we reviewed for the site here!), along with them still uploading music videos of covers and original material each week. The sisters have even launched their own patreon site not too long ago, alongside uploading 3 videos a week to their youtube.com/cimorellitheband page instead of the one prior to 2018. These 6 sisters are literally influencing the world in a positive manner through their online digital youtube presence, and while much of their fans have unveiled their own longings for them to tour for their albums (which they haven’t done on a regular basis since 2016), I’m sure that each of the sisters are content to where they believe God is calling them now for their ministry- on the internet at the moment. Which leads me to this review of sorts about their new original song ‘Thirst For Life’, and though it only released a few days ago, is fast becoming one of my favourite worship songs of 2018 thus far!

‘…we did a song called thirst for life, in partnership with living waters for the world charity, which builds water filtration systems all over the world!!! Thank you so much for supporting us!! …’ Aside from this blurb that I found on their twitter regarding the song, there’s not much else I can find about ‘Thirst For Life’, that dropped late last week. It is this song that I initially thought was a cover, because frankly, I heard the melody before. But then I realised that I didn’t. That this was in fact an originally written song. Though some of the melody can have been unintentionally from other songs I’ve heard from other artists in the past, ‘Thirst For Life’ as a whole is a brand new track from the six sisters, and that in and of itself is a certain and very much excited indication as to where the band may be headed for the next direction and chapter of their musical careers. They have always known to be unashamed about their faith, but never before have they proclaimed Jesus’ name in their songs…not even in their songs from Alive– they’ve said ‘Lord’ or ‘God’, but not ‘Jesus’. Which isn’t really much of a big deal, yet then you hear a song like this, and you hear the lyrics and you think  ‘wow, that is just something’. Because if we want to be honest and realistic, not many people want to say what they believe…why would you? All you do get is ridicule and regret. So why bother? Yet in ‘Thirst For Life’ we are met with courage, boldness and heart as these sisters boldly declare from the outset that Jesus is the living water we all need. That this song, which is indeed in partnership with mission work the band is undertaking in Cuba, is what is needed for us to realise that it is ok to speak about what we believe, without the fear of what may or may not happen. To be bold and stand for our beliefs, even if we are the only one standing. Because I’m sure there are fans of Cimorelli that don’t necessarily share the same values or even beliefs and them…and that’s ok. It is their own journey to undertake between them and God, and thus, Cimorelli can and should express their own thoughts on love, life, God and everything else, regardless of what people say. ‘Thirst For Life’ is the result, their first ‘overtly’ Christian song they’ve recorded, since a few of their songs on the 2016 album Alive.

So what is the song about? What message is there in the 5 minute melody that showcases the girls wide range of vocal ability? First we hear the emotion and passion that comes when someone declares from God’s point of view to ‘…come to me, all who are thirsty for living water, come to me all who are thirsty for life…’ lyrics that are not to be sung lightly. Accompanied by a music video that shows footage of a trip that both Dani and Lauren undertook to Cuba to visit and see what it was (and still is) like for locals there that don’t have enough water- a basic human necessity; ‘Thirst For Life’ is recorded to not only raise awareness for those who are thirsty physically, and thus lend an aiding hand in any way we feel the Lord is leading us, but to also highlight that many are thirsty spiritually, with the song being a reminder to call on Jesus, because ‘…Jesus, You meet every need, we join as Your hands and Your feet, You are the living water that satisfies forever…’

Christina, Katherine, Lisa, Amy, Lauren and Dani have delivered a song that has impacted myself over the last few days, enough to place this track within my top 10 songs of 2018 thus far! It’s that good. Maybe though, I’m just biased, because I’m always excited as to the songs that Cimorelli release, especially if they are of an inspirational variety. Even so, ‘Thirst For Life’ shows the girls with their heart of their sleeve in a spiritual sense, the first since Alive and much of the songs on that album. Nevertheless, these sisters have done a tremendous job in delivering a song that is as much impactful as it is soothing and calming. A great reminder that we are in need, each and every one of us, of physical water as well as spiritual water (which is Jesus Christ!); these 6 sisters from Nashville, Tennessee have written and recorded a great original song, their first after the equally powerful and challenging ‘Single on Valentine’s Day’. Can’t wait for more original music in the future. Here’s to ‘Thirst For Life’ impacting lives around the world in the upcoming weeks and months ahead!