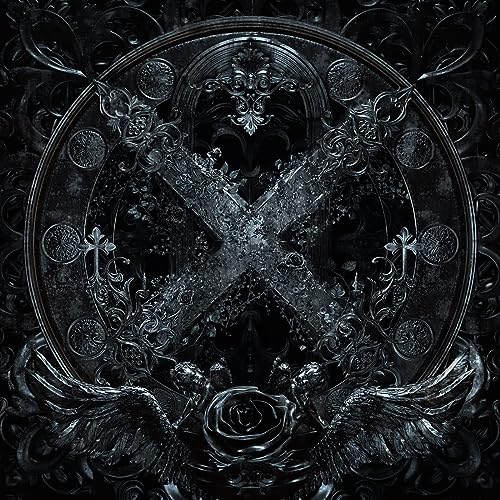 Even if you’re not an avid fan of mainstream pop music, (like myself until around about quite possible a year and a bit ago- and even then, I’m still not a massive fan, just more appreciative of different music styles!); I reckon everyone (and I mean everyone!) would, and probably should, know about Christina Aguilera and her hit songs “Beautiful”, “Genie In A Bottle”, “What A Girl Wants” and “Reflection” from the 1998 movie Mulan. Or maybe you’ve heard Christina’s music from the 2010 movie Burlesque, or “Say Something”, her popular and respected collaboration with A Great Big World. whatever the case, I reckon what matters is that with 5 Grammy Awards, 1 Latin Grammy Award and a star on the Hollywood Walk Of Fame, as well as plenty of awards nominations and wins (Christina has been nominated for 451 awards, and has won 221 awards), Christina’s discography, filmography and calibre of her songs speaks for itself. A pop star through and through, with a powerful voice like Whitney Houston, Mariah Carey, Celine Dion and Barbra Streisand; Christina’s influence and popularity and impact I reckon is largely dependent on her stirring and compelling voice. A pop star in her own right and influential to the core to many of us (see my extensive blog about Christina here!), Christina’s music hits your soul and tugs at your emotions right away.

When hearing her songs while blogging about her last year, I was almost sad- perhaps I could have appreciated her music more and loved her music more if I kept up with her career in real time rather than in retrospect. But this lamentation only made my resolve and determination stronger- to listen to any and every Christina Aguilera song and album moving forward. Christina’s vocals are out of this world in a crazily good way, and her power as a singer, songwriter and performer is probably unparalleled in the modern era, and on the same level as the artists aforementioned- Whitney Mariah, Celine and Barbra. And thus, when I heard of Christina releasing a Spanish EP, I jumped at the chance to review this project. I may not know the language all that well, despite me studying the language in high school; however, music is indeed the universal language. And thus, with the help of google translate and I guess the power of the Holy Spirit in me guiding me to music that is edifying and lifts us up; I’ve taken the step of faith and ventured into Christina’s EP La Fuerza. Translated to The Strength or The Force, Christina takes us all on a beautiful, vulnerable and emotive journey; and though we may not understand the language, God still speaks, and this release still has something special and meaningful to say. Going back to her Spanish roots, Christina sings an EP full of emotion and passion and honesty and vulnerability- as we are immersed in one of the most captivating and powerful EP’s of 2022 thus far. And yes, this is a very bold statement- even with the entire EP being sung in another language that I’m not familiar with!

If you, like myself, have no idea of what Christina is singing about on these 6 songs, you can close your eyes at first, and immerse yourself in the feel and the atmosphere of the EP. Or you could look up the English translated lyrics on genius.com– like I did. Still, it’s hard to follow these lyrics, when you’re listening to them in Spanish. For me anyways, when I’m reading these lyrics when listening to the song, it’s somewhat surreal, tricky and overwhelming. Either way, if you choose to read English lyrics or not, there’s no denying that there is brutal honesty, passion, heart & soul, and raw emotion here. The EP opener “Ya Llegue [I’m Here]”, a song of assertiveness and assuredness, speaks about arriving and being present back in the music world after an absence. Although the melody could also be read in a sexual or a suggestive way, and be about someone who is available to someone else for a physical one night stand; this powerful, moving and vocally impressive opener is nonetheless a great way to open the EP, with a strong and commanding melody that speaks about being certain about who you are and what you want in life or a certain situation. The poppy and super catchy “Pa Mis Muchachas [For My Girls]” is next and features Nathy Peluso, Becky G and Nicki Nicole on guest vocals. With the pulsating and exquisite melody being a girl power anthem about the power of sisterhood and the camaraderie experience with women of Latin descent and culture (something I cannot relate to at all, even if the song is moving, inspiring and objectively quite impressive!); Christina also soldiers on and impresses with “Somos Nada [We Are Nothing]”. A piano ballad whereby Christina juxtaposes her vulnerability and raw emotions with her inner strength; she eloquently and vibrantly declares that even though in some heartbreaking circumstances and situations we may declare that we feel like we are nothing, it is our inner strength and our reliance on friends and family that can make even the seemingly incapable person into a warrior of immense strength- one of the EP’s highlights in my own opinion.

“Santo [Saint]” is next, and features Ozuna on guest vocals. With both Christina and Ozuna earnestly and fervently imparting to us that they are both addicted to and hooked on each other, they are also praying to the saints to guide then and to keep them far from temptation. It’s a melody that isn’t strong theologically (do we really expect mainstream songs with religious undertones to have perfect theology?) however it’s a song that will provide discussion around religious issues at the dinner table, and that’s always a good thing. “Como Yo [Like Me]”, an EDM experimental melody, speaks about individuality and uniqueness, with Christina powerfully relaying to us that there isn’t anyone around like her, and that she can be fierce and independent if needed to be; while La Fuerza ends with the emotional, vulnerable and honest ballad “La Reina [The Queen]”, with Christina reminding us all that women don’t really need men to survive and thrive, however, would still like to have them in their lives- this song laments the end of a relationship with a guy, with Christina telling him that he is no one without ‘the queen’.

With Christina Aguilera’s prowess as a singer and as a songwriter only improving more and more with each new day and each new song; Christina’s legacy and status as one of the artists of this generation; is assumed, with the evidence of hit songs and moving and inspiring melodies proof of this fact as well. With Christina writing about a wide variety of lyrical subjects, she has shown that she isn’t a one trick pony. With a number of songs being honest, emotional, real and authentic; there’s so many layers to her music- and I’d expect Christina Aguilera to be recording for a long, long, long while yet. The evidence is also clear on La Fuerza, that Christina still impresses when writing about a variety of topics, and singing in a variety of genres. With the theme of this EP being strength and independence and individuality; it’s evident that lyric wise this is some of the strongest material Christina has recorded since her 2002 album Stripped. So well done Christina, for being brave and showing us the journey that you’ve been on and are still on- and let us hope and pray that whatever comes next inspires and challenges just this project has! How about a Christmas album or a live CD/DVD or an acoustic album? Or a covers album?

It’s never been off my plate not to come back to Latin music, and Mi Reflejo had been such a beautiful special time in my life, but it was 20 plus years ago when I was just coming on the scene. I was so green to the business. I was baby Christina. And 20 years later, I’m a grown woman who is had such an incredible career, and now I can I get to come back having reflected on that, being a mother and now being able to share with my kids, a big part of them and who they are. This [La Fuerza] is only the first chapter of three that will be giving more music to come within the year 2022. I wanted to keep surprising the fans, so that was important to me.

Spanish is not my first language, but it is very much a part of my childhood and a part of how I grew up. I grew up in a Spanish-speaking household. My father is from Ecuador, and we lived for a period of time with my [paternal] grandparents, and so it was constantly being spoken. My mother is fluent in Spanish. It‘s how they met in college. She went to be a translator, and they fell in love. But as many in my position, whenever my parents got divorced, I stopped hearing it on a regular basis but still it’s something that‘s always inside of you.

I learned that I’m fearless. That I accept the challenges that I’m afraid of. It’s not the easiest thing to step out of your comfort zone and put yourself out there and say ‘I don’t know everything. I don‘t claim to know everything. But I’m willing to learn and grow and accept new challenges every day.’ And that’s an example that I want to set for my children. And I think walking away no matter what happens even taking the professional aspect out of it. I’m doing this for me. Because this is important to me as a woman, and the respect for my past and my roots and my children, this is something that I feel honors myself and will be an experience that I cherish for the rest of my life.