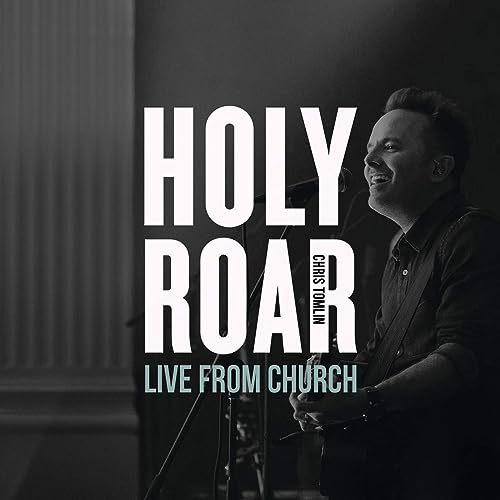 “Another year, another Chris Tomlin album, another set of mediocre worship songs”- is probably what you’re thinking right now when you’ve realised that Chris is back with a new ‘album’ of sorts this week. Holy Roar: Live From Church dropped yesterday, and with Chris choosing the most ‘impacting’ songs from Holy Roar to sing live in his church; listeners and critics alike may think that this release is maybe unnecessary, or championing an artist whom has long past his peak and relevancy. However despite disagreement amongst fans and listeners about whether Chris Tomlin still has value in today’s ever changing musical landscape, there’s no denying the passion and heart for Jesus that Chris still possesses to this day. With Chris being only one of four artists ever to receive the Sound Exchange Digital Radio Award for over 1 billion digital radio streams– you gotta say that he is influential to music in general in his own right! And with that, let me gloss over Holy Roar: Live From Church, and impart some nuggets of wisdom regarding this release, shall we?

Let me just go on the record to say that all of these songs are good. “Is He Worthy?” is one of my favourite songs from last year, and I have enjoyed Chris’ rendition of the Andrew Peterson penned track immensely. Other standout songs from Holy Roar such as “Goodness Love & Mercy”, “Praise Is The Highway”, “Impact”, the title track and “Praise Him Forever” are included on this EP as well, while Chris’ labelmate Pat Barrett features as an artist here with “Build My Life” also. Second single “Nobody Loves Me Like You” is the final song that’s included on this live project as well, despite the song being one of the lyrically weakest Chris has ever recorded in his entire career; yet “Resurrection Power” is conspicuously absent.

A run time of 47 minutes… is the end result an epic anthemic masterpiece? No, I don’t think it is. These songs are indeed overall good in their own right, but they’re not gelling together for some reason here. Now I know some of you who love Chris Tomlin so much, and will love any music that he records, and will think that this live EP is the best album that has released all year. I’m not going to say that you’re wrong, because everyone has different tastes and preferences- but I will say that I respectfully disagree. I may tune into this release sometime in the future, and my opinion may change by then, however as it stands now, Holy Roar: Live From Church isn’t high on my iTunes playlist for replay value. As a live project, Burning Lights Tour Edition feels much more cohesive, so I reckon if you all want to feel more inspired and motivated and encouraged, that might be a better bet to listen to.

Even though Holy Roar: Live From Church is a misstep, does this mean I’m going to abandon Chris Tomlin altogether and not even listen to his music? No, not in the slightest. Chris still inspires and is relevant- and hopefully the next album after this one shows his musical and lyrically prowess a bit more. Until then, maybe I will listen to this project just so that I hopefully can change my mind about it later on. But it’s more likely that I’ll revisit albums like Arriving, Hello Love and Burning Lights. With so many lives still changed by Chris’ music, no doubt he’ll keep on going for a while yet. The question is whether he’ll make another song as big as “How Great Is Our God”? Only time will tell.