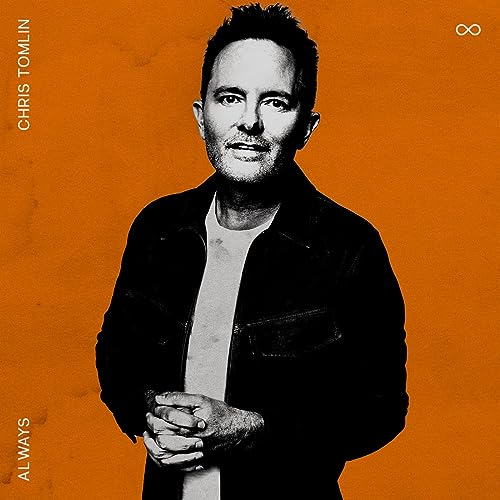 Chris Tomlin is Chris Tomlin is Chris Tomlin. At this stage in Chris’s career and the hits he has amassed over the years, you can introduce him as Chris Tomlin, and most people would know his career thus far. Well…at least they should. Creating powerful songs over the years that have been sung in many churches on Sunday mornings over the world for decades (songs like ‘How Great is Our God’, ‘Our God’, ‘Indescribable’, ‘Holy is the Lord’, ‘Jesus, Messiah’, ‘I Will Rise’, ‘God of This City’, ‘We Fall Down’, ‘Forever’, ‘Famous One’, ‘Enough’ and ‘Amazing Grace (My Chains Are Gone)’ to  name a few), Chris is by far one of the most recognisable worship singer-songwriters of today, maybe even second to the music of Hillsong (in all of its multifaceted forms- Worship, UNITED & Y&F). So it’s with no surprise that after his wildly successful and crossover CCM/country album Chris Tomlin & Friends (alongside it’s subsequent EP Chris Tomlin & Friends: Summer EP), is…you guessed it, another worship album- Always, initially preceded by the Always double-single that we as a site reviewed here. You know that the country-esque sound that inspired arguably one of the most ‘out-of-the-box’ releases of 2020, wasn’t going to last long term, right? Regardless of how innovative and unique Chris Tomlin & Friends was, he was always going to go back to his tried and tested sound we all knew and loved (or even loved less and less as each album released). Regardless of how we feel about Chris and his music, there’s no denying the impact he’s had on CCM. And so here we are, with Always– comprising of the double single ‘Always’ and ‘Yahweh’, alongside other tracks like ‘Holy Forever’ and the reimagined Keith Green song ‘Oh Lord, You’re Beautiful’, to name a few.

My favourite era of Chris Tomlin music, was, and always will be, the ‘Arriving to Burning Lights era’. All of these albums released in that era were gems. Not that I disliked any of the other albums released outside of that era (Not to Us, Never Lose Sight and Love Ran Red were decent and solid, and Chris Tomlin & Friends was very innovative and unique), but nevertheless, that’s the era of Chris’s music that I gravitate to, every time. So how does Chris’s new album stack up, compared to albums in years gone by? Is Chris really offering something new to the worship music table, a genre of music that is, fortunately or not, being dominated by bands and artists like Hillsong, Elevation and Bethel, right now? I guess it’s a matter of opinion, but if you’d like my true, honest opinion…well, if you’re looking for something unique and innovative, then this album unfortunately isn’t it. Gone are the days of the innovative sounds of the Arriving – Burning Lights era, and in it’s place are just songs about the same recycled themes that Chris has delivered year upon year upon year. Nothing wrong with that though, but rarely nowadays, do I find a Chris Tomlin album satisfying from start to finish. There are decent songs here and there, but to find something like Burning Lights again (where, in my opinion, every song on there was single-worthy) would probably seem like an impossibility from now onward. Always the album closely followed the trend- of an album with a few songs here and there that stood out, but all in all (unfortunately) unveiled something that would be powerfully memorable to some, and forgettable to others. To me personally, this album was ok, but more than that, it was just…there.

This ‘review’ of the album isn’t really a ‘review’ per se. If you’re after glowing reviews, check out sites like NewReleaseToday.com and JubileeCast.com, while a more rounded balanced review belongs to that of TodaysChristianEntertainment. As for me, I’m just about happy to announce that I listened straight through to Chris’s new album without me even raising eyebrows or even turning the album off…which I’ve done over the last week or so. Maybe I’m starting to give Chris the benefit of the doubt? ‘Always’, originally from the double-single unveiled earlier during the year, is a great reminder of Jesus’s omnipotence, His never-ending power, wonder, awe, and faithfulness, and though not as flash as ‘Our God’ or even ‘How Great Is Our God’, I’ve enjoyed this new song by Chris as I’ve heard it through a few times, with each time, my enjoyability factor increasing ever so slightly with each listen. Chris doesn’t really reinvent the wheel per se, but this new song ‘Always’ has a sense of joy and wonder that captures the Chris Tomlin of old, in all the good ways imaginable. ‘Yahweh’, the other song from the two-song single, doesn’t leave much of a mark on me as much as ‘Always’, but it’s still a rousing song, something expectant of Elevation and their music right now. Maybe it’s because I’m not as familiar with Elevation Worship’s music, that I don’t see myself as excited by this song compared to other songs of Chris’s past…but it’s still a good listen. Just good. Nothing greater. Sounds like something Kristian Stanfill would record at the next Passion event, that would become a great and successful radio single, without ever really challenging the artistic nature of worship as we know it. At least ‘Always’ reminds me of something that would’ve been recorded in his Hello Love days…and that’s a good thing indeed. ‘I See You’ (featuring Bethel Music contributor and worship leader Brandon Lake), is the other pre-release track on the album, unveiled last year and reviewed by the site, here. It’s a song that’s certainly fit, primed and curated for radio- nothing explicitly wrong with that, but when you can actually predict how the melody and song is going to go, when you hear the song for the first time…then that’s not great. Nevertheless, the actual message of the song is decent enough- seeing God in everything that we undertake and do in our daily lives, and understanding that He is with us in the mundane, especially during the moments where we may think that life passes us by and we can’t see Him moving or working…and yet the song states that we ought to see Him ‘…in every morning light, I feel you in the fire by night, I hear You say, “Child, I am with you, everything will be alright.” I see You in the tears that run, I feel You when the healing comes, I hear You say, “Beloved one, I am with you.” Every moment of my life I see You…’ That’s a message we need now, more than ever, right?

The rest of the album could’ve held up…if Chris didn’t use rhyme and repetition tropes to layer his songs. And yet, songs like ‘Strongholds’, ‘I Believe In Jesus’, ‘The Answer’ and ‘Great Forgiver’ are songs that are middle-of-the-road typical CCM-esque Chris Tomlin songs, songs that don’t reinvent the wheel, but are great for its target audience- people that are underemployed who listen to CCM radio throughout the day, or maybe even stay-at-home mums who control the radio station when dropping kids off, all the way to picking them up in the afternoon as well. ‘O Lord, You’re Beautiful’ is an enjoyable cover of an already-powerful Keith Green classic, and Steffany Gretzinger really shines in her role as duet partner…but for me, no cover of the Keith Green song can ever compare to Rebecca St. James’s version of it, way back on her 1998 album Pray.

Chris will always be polarising. They’ll be people who love his music, and then they’ll be people who’ll think he’s ‘basic’. I fall in the middle, some albums I absolutely love, and then there’s others, where I appreciate the album from an objective standpoint, but I myself can’t connect to it as much as others. ‘Holy Forever’ is my favourite song from Chris Tomlin’s Always, as this track becomes my favourite Chris Tomlin ballad, ever since ‘Jesus’ way back in 2016. As for the rest of the album, I feel both feelings on this. ‘Always’ the song is great, while other standouts are inclusive of ‘Father of Lights’, ‘All in All’ and ‘Precious Love’. ‘Yahweh’ on the other hand (and plenty of songs towards the middle of Always) isn’t as capturing, in my opinion. Nevertheless, Chris is still going to be Chris. For now, here’s hoping that there’ll be a sequel to Chris Tomlin & Friends in the future. This album feels more akin to Never Lose Sight as it could’ve felt akin to See the Morning or even Hello Love. Whatever the case, Chris and his music are here to stay. These songs for the church (especially ‘Holy Forever’ and ‘All in All’) are evidence enough of this.

3 songs to listen to: Holy Forever, Always, All in All