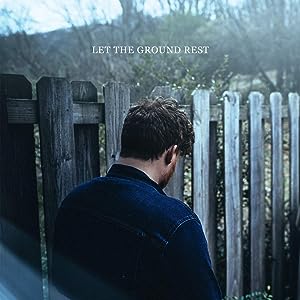 ‘…there’s kind of a few ways to approach music. One is to get it all perfect because you can. The other, is to make it in such a way that people can tell a human-being made it. ’Let the Ground Rest’ is by far the most humanrecord I’ve gotten to make… the heartbeat behind ‘Let the Ground Rest’ [the song and the album] is the idea that growth comes from periods of rest, of barrenness. It’s a process to exist, to learn and understand God’s love. While His love is not seasonal, we go through seasons as we understand and experience it. Spring is not spring without winter, and that process is a good thing…’ If you’d have to pick my top three new artists of the 2019/2020 period, artists that have stood out with great songs and albums that have reminded us all of everything good when it comes to new CCM acts, it’d have to be artists like We the Kingdom, Leanna Crawford and Chris Renzema. No question. We have reviewed projects from We the Kingdom and Leanna Crawford here and here, but it was only recently, with the last few weeks, that I decided to take a chance and listen to the music of Chris, recent signing to Centricity Music. And boy was I not disappointed. With Chris himself being an up-and-comer from Grand Rapids, Michigan, this acoustic indie-rock budding young artist, in a similar vein to that of Jason Gray or Andrew Peterson, just unveiled his sophomore album Let the Ground Rest in late April, and his first on Centricity Music, home to both Andrew and Jason, plus many more artists.

With Chris’s love for storytelling and poignant lyrical moments coming through in this very 2020 album, Chris’s heart to provide to us music that has the power and ability to impact people’s lives with an encouraging moment said through lyric, is something unique and special enough to warrant a Dove Award Nominee selection at the 2020 annual awards for New Artist of 2019/20. And even though people have probably only heard of Chris’s music now, because of his signing to Centricity; he’s been making music before- 2014 saw his independent Age to Age EP release, while his first full length album sprouted to life in 2018. His vocals hauntingly refreshing, his emotion poignantly placed, his heart for good deep lyricism completely transparent, this is an artist with true hopeful songs that challenge us all in our own walk with Christ through this difficult time this year- and a must-listen if you’re fans of artists like Andrew and Jason just aforementioned, or even artists like Jars of Clay, Tenth Avenue North, Cody Carnes or the ever-reliable mainstream/Chrisitan crossover band, needtobreathe.

Let the Ground Rest as a whole is one of the most surprising albums, in a good way- and above are the ten songs, and the ten ‘story-behind-the-song’ excerpts Chris himself wrote down for the publication NewReleaseToday; and while it can seem like quoting them all verbatim can seem like a cop-out, that I didn’t really know what to say about them upon hearing these songs, in my own words that I used Chris’s himself…well, maybe that’s correct. For I can’t think of a better person to write his own review than Chris himself, right? For this album is by far one of the gems of 2020 thus far, and reminds me a lot of artists like Andrew Peterson, or Jason Gray, or to a lesser extent, Tenth Avenue North. Heartfelt lyrics against the backdrop of folk music, acoustic music, some country vibes, music that just demands a response, of any kind, as we hear these emotive and heartfelt songs in this album. Standouts like ‘Springtime’, ‘God is Love’, the title track and one of my personal favourites, ‘Steal Back Your Joy’, are just moments of honest songwriting, as metaphors of agriculture, soil, planting, harvesting and just out-doorsy things, are all sprinkled through Let the Ground Rest, and all allude to this one very notion, that there is a time to rest, and often, the time is closer than we think.

Too often in our lives, we are caught up in all the busyness, and here in this album, I’ve been able to reflect and see things from a different point of view. Songs have spoken to me that I probably wouldn’t have listened to, if it wasn’t for a review-purpose. There I said it- Chris’s music was a little too folksy for me initially to even get in to it a few months ago, but as I started again to take the plunge into the music today, I was wrong, and I was very, very pleased that I was wrong in this instance. Let the Ground Rest is one of refreshing and renewal, as we rid ourselves of all the stress and worries in our lives, through just letting ‘the ground’ rest for a while- moving on to something else and coming back to it when the season is right. There are times and seasons for everything, and Chris’s album, is one that encourages us all that the season of listening to this album, may just be today. A great album to be encouraged by, especially in this time of COVID-19, this is a must-have if you enjoy folk music, acoustic music, and everything else in between. Well done Chris for such a poweful album, here’s hoping you follow along in Andrew Peterson’s footsteps and create music in a similar way to him, as the months and years continue to progress!

‘…Renzema’s songs are acoustic at heart, shifting seamlessly from indie rock to folk worship to Americana; gritty but accessible, profound but infinitely listenable with a voice that yearns like a desert island man singing for a cup of water. It’s bone deep, an echoing of the universality of pain and praise…’ [Chris Renzema press release statement as per Centricity Music]

4 songs to listen to: Springtime, God is Love, Signal Fire, Steal Back Your Joy