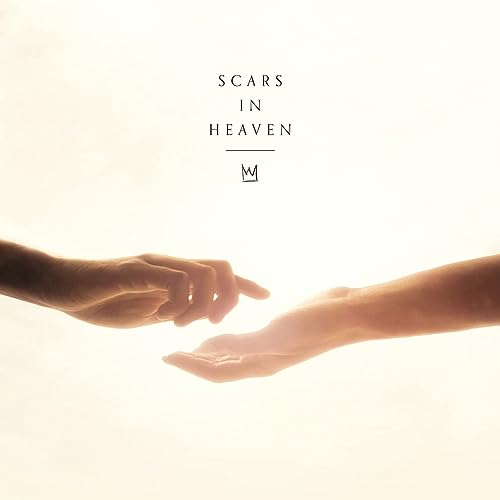 Casting Crowns needs no introduction. No seriously…they don’t. If you are a diehard fan of this Florida CCM group, or even if you’re a casual listener, I’m sure anyone who knows music, even mainstream music, knows Casting Crowns, right? Besides, I’m sure you all have read my blog post about Casting Crowns that I wrote about in 2019…and now that we’ve got all the formalities out of the way, let me just say that over the last few years, I’ve been tremendously blessed and impacted by this group- and Mark Hall & co. are fast becoming one of my favourite Christian bands out there, ever…alongside others like Tenth Avenue North, Switchfoot, Skillet and for KING & COUNTRY, to name a few. A band that has been discussed amongst people who love Christian music (like myself) for ages, is one such band that comforts and unsettles at the same time. They give us melodies of hope and encouragement, and other songs, they try to poke and prod, to have a reaction of change in a community that needs it, by provoking emotions of discomfort, as we look and see what is wrong with society and the status quo, and to act upon these convictions, as we try, with God’s help, to rectify what has been shattered and broken, maybe for generations. Since their Florida beginnings, Casting Crowns have now become such a band that has given to us a lot of albums, alongside many awards and opportunities to bring songs to the masses through the radiowaves. From songs like ‘East to West’, ‘Courageous’, ‘If We are the Body’, ‘Praise You in This Storm’ and ‘Lifesong’, to ‘Until the Whole World Hears’, ‘Already There’, ‘Jesus, Friend of Sinners’, ‘Oh My Soul’, ‘Just Be Held’, and ‘Broken Together’; Casting Crowns write music that is primarily radio friendly and accessible to the average joe person, but all the while carefully crafting some of Christian music’s most emotive and poignant lyrics. In essence and to put it bluntly; lyrically- the band is top notch, with much of the music, in fact, all of it, grounded in the Word of God, and reminding us of the qualities of God and who we are in light of that. The music as a whole, will leave a lot to be desired, for the listeners; because frankly, Casting Crowns aren’t as musically risqué or even inventive when compared to many other artists within the CCM community- the likes of Crowder, All Sons and Daughters, Third Day, Andrew Peterson, all these guys have a much more interesting musical backdrop compared to the band out of Florida. And maybe, that’s ok. The band hasn’t really focused too much on the aesthetics and how the music sounds in the grand scheme of things. If the song touches a person’s life, then the band has served their purpose.

Casting Crowns released their chart-topping album Only Jesus in 2018, with their standout hits like ‘Only Jesus’, ‘Nobody’, ‘Love Moved First’, and their most recent radio tune, ‘Starts Right Here’. The band even saw the success of this album, that they unveiled a deluxe version of the album in September 2020. On the heels of their best-of 16 track collection of songs thus far in their career (Voice of Truth: The Ultimate Collection in November 2019) and The New York Sessions that unveiled to us around the same time as well; Only Jesus (Deluxe) was released during a year where we needed emotive and poignant albums the most. While the album was actually a re-release of their 2018 album Only Jesus– with a few more renditions of songs like ‘Only Jesus’, ‘Starts Right Here’, and ‘Nobody’, alongside their 11 track Only Jesus Visual Album (of which they received a Dove Award in 2019 for the Long Form Music Video of the Year); Only Jesus (Deluxe) was nevertheless an album for us to dwell upon and revisit in 2020 (and 2021), and realise that songs from a few years ago can still have impact a few years later on. For I’ve always found Casting Crowns to speak hard truths, rattling our own preconceptions of what we believe the Christian walk of life to look like and be, and their 2018 album, and by extension this new 2020 one, was no different. Mark Hall and co. offer to us heartfelt songs all with a heartfelt message, and while I myself didn’t review the album when it released (the review can be seen here and was reviewed by my brother Josh), I nevertheless heard the album numerous times, and while for me it doesn’t hold a candle to my favourite album The Altar and the Door, it does nudge in at 2nd– closely edging out Lifesong which was my second favourite album from the band for a long time…until Only Jesus of course. Now we are here in June 2021, and once again, this band from Florida have again unveiled to us another song of encouragement. The first radio single since ‘Starts Right Here’, and possibly the first confirmed song to be on a TBA album in 2021 sometime, Casting Crowns have given to us, arguably one of my favourite songs of 2021 so far- ‘Scars in Heaven’.

‘Scars In Heaven’ focuses around losing loved ones in life, and it is purposefully ambiguous about whether the someone that the persona in the song has lost (Mark could be singing it about himself or someone else) is a spouse or not (and thus, making the song be more relatable and applicable to a variety of people who hear it). The song itself is a great reminder of how we ought to spend each moment with our family members, and to cherish the time we do have with our ailing grandparents and other family members who may be nearing the end of their own life- because once these people in our lives pass on, we won’t get them back- until the next life, that is. For the time we spend here and now will encourage us in our own lives, and we’ll appreciate our loved ones all the more, if we know that the time here on Earth, in general, is limited. The song is a great and sobering reminder to do better- of how people can often coast by in life, never really connecting with people, and then realising that we need to, when the person we want to connect with, is gone permanently from this Earth. Mark Hall and co. have presented a track that has challenged my own conception about death and grieving; and making the most of our relationships as they come in life, for taking them for granted is something that we’re all guilty of, myself included. A song that’ll be continuously on my iTunes playlists (and Spotify playlists) for weeks and even months to come, this is a song that has the potential of rising up to become one of my favourite songs, from the band, within the last five years, closely up there with ‘Only Jesus’, ‘Oh My Soul’, ‘God of All My Days’ and ‘Still Standing Here’. Well done Mark and co. for this powerful song. Can’t wait for the next album, whenever that may be.

‘…I began to write the song [while] watching my mom care for her mom and dad as they were passing away. They passed away within a year of each other. And, seeing sickness change the people that raised her, seeing their minds change, and so many things were just taking a turn, and watching her bear the weight of that. My mom is a believer; she loves Jesus. She’s the one I go to first when I need somebody to pray for me. But watching her deal with this as they passed away — that was tough. And being a pastor for a long time, walking people through loss; there’s this moment when we are suddenly very aware of their absence. The world seems quieter. You realize you’re not going to hear their voice again. In those moments, along with that, you feel the last moments of their life here. And there was pain, and there was suffering, or there was tragedy, or there was weakness, or there were wrong choices, and your mind is cluttered with the last thing you remember. And then your only hope is in something you’ve never seen. And as believers, we have a lot of faith for ourselves, but sometimes it’s hard to have faith for others, especially when we’ve never been where they’re going. And all we have is God’s Word to tell us. It’s in those moments, I’ve got to make sure that I’m in God’s Word for Him to tell me what the truth is…when we lose someone, our only faith and comfort has got to come from the Father. It’s not going to come from here because all we see are reminders that we don’t have. So, what we’ve got to do is, we’ve got to ask God to help us release our ideas of who I knew that loved one was, and I’ve got to start focusing on who they are now. They are with Jesus. They are being held by the hands that bear the only scars in Heaven…’