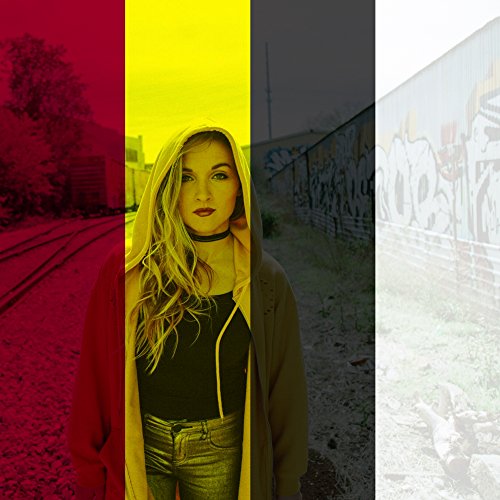 ‘…there is so much happening in the world right now that could be solved in an instant if we would learn to just embrace each other with love. We are living in a time that it has become acceptable to tear each other apart and box people into categories based on the color of their skin. As Christians, we are called to love people regardless of race, religion, culture or nationality. Remember the old children’s song ‘Jesus Loves The Little Children?’ The line from that nursery rhyme says, ‘red and yellow black and white, they are precious in His sight’ and that triggered the concept of this song. I truly feel like with the hate, discrimination, wars, fighting, judgment, and anxiety different people groups are facing each and every day, LOVE seems to be the missing piece…’ 1GN, quite possibly one of the most promising rising all-girl CCM groups we’ve heard since ZOEgirl and BarlowGirl; shockingly decided to part ways late 2016/early 2017, and it was cemented in stone with the release in January 2017 of Carmen Justice’s new solo song ‘Flaming Arrows’. The band 1GN was no more, sad to say, because I reckon their debut album 1 Girl Nation and their sophomore album UNITE are some of my favourite albums I’ve heard in 2013 and 2016 respectively. Nevertheless, with the death of one thing comes the birth of something else- namely, the solo career of Carmen, which is very much exciting as I heard ‘Flaming Arrows’ back in January. Nothing like anything Carmen has released with 1GN, ‘Flaming Arrows’ showcases much more of Carmen’s rock/EDM side as opposed to the pop sound that 1GN brought to the table. Something unique and different, ‘Flaming Arrows’ showed us a side of Carmen we as Christian music fans probably haven’t seen much of before, as the song was an anthem for many, directed to our insecurities and fears, as Carmen made the message clear that they won’t win because of Jesus on our side. Enter in another radio single by Carmen, this time released with the help of DivereCity band member GabeReal, titled ‘Red and Yellow, Black and White’.

With the song being a follow-up to her chart-topping radio single ‘Flaming Arrows’, Carmen selected to use New Release Today to premiere her new music in the form of a music video featuring GabeReal. The song, penned with both David Thulin and Jonathan Thulin, shows us the need for love to come and unite us in a seemingly divided world. A reminder to many around the world not to evoke violence with violence, but to show love to people we meet, I am reminded so much of Romans 12 when I hear this track from Carmen. It is an encouragement to know that the Lord created and fashioned each of us, regardless of race or colour, thus, we are all formed and made beautiful in the Lord’s eyes. The track, featuring GabeReal in a bridge that really hits it home as he asks us why such lines even divide us in the first place; Carmen has once again shown us that a song can be as popular and powerful as this, and still evoke a hard-hitting message, even without mentioning any word of Jesus or God whatsoever! It is a powerful anthem of unity, as we as listeners are encouraged to take up the mantle of showing love to our neighbour, showing Jesus to others in how we live our lives. The title itself is an encouragement in and of itself- an allusion to the children’s hymn once upon a time- that Jesus loves us all, whether or not we are red, yellow, black or white. An encouragement to anyone who hears the song, well done Carmen for such a compelling and encouraging track!

‘…one thing I’ve learned is that everyone has imperfections. I think any industry has imperfections. And with the music industry, I think that it’s really easy to get lost in the business side of things, get lost in stuff that really isn’t the point, get lost in the financial side of things. One thing I think I’ve taken away from my experiences is to really ask the question “why am I doing this? What’s the point?” And if I’m not doing it to point people towards Jesus, then this is not something that God’s going to bless, ultimately. And I think with the music industry, I think it’s also about just embracing it. Embracing the fact that everyone’s going to have flaws. People are going to fail you, and situations will fail you, and even if you think something’s going to work out, it might not work out. When I have learned to embrace those things, it’s taken a lot of pressure off of my expectations and helped me enjoy why I’m doing it in the first place…’ Carmen has come a long way from her 1GN days. While it is saddening to see the band no more, we are told that they split amicably, and that they are still best of friends. Nevertheless, here’s hoping that all these members have successful careers in the future. As for Carmen, with the release of ‘Red and Yellow, Black and White’, we are met with a song that is certainly going to take her places, both now and into the future. A song that will ought to convict us with the knowledge that God sees His creation the same, and so we ought to be compelled to as well, this track is certain to bring Carmen on the map, as her music continues to impact and invigorate. Maybe a full-length album later during the year? Well done Carmen, looking forward to the full-length, whenever it arises.

3 songs to listen to: not an EP or album, but this song does make us all think about what really separates us and what unites us