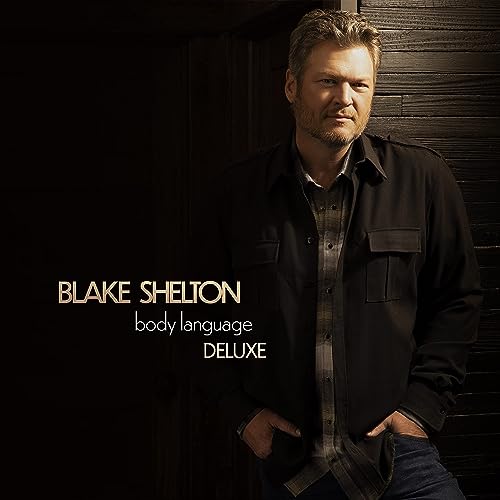 I’ve mentioned this many times, but let me just reiterate this once again. Country music and myself originally didn’t get off to the best of starts. A number of years ago, I used to think that songs about cars and girls and beer and trucks and the American way of life… and these would be songs that I would not connect with at all. However, as is the case with God working in mysterious ways, I have in fact found out that despite not being an American, the country genre is essentially one of the few genres outside of CCM that I have connected and resonated with… weirdly and strangely. A deeper look reveals that it may not be that weird or strange after all- since country songs are all about storytelling and speaking about a way of life that is focused on your values, morals, ethics and your faith… that’s the kind of lifestyle and songs that I resonated with. Simple, yet effective story telling about the real issues of life.

Blake Shelton, a country singer for the past 20 years, has been an artist whom I’ve known to be around. I’ve heard a few of his songs, most notably the Dave Barnes cover “God Gave Me You”, the Michael Bublé cover “Home” and the semi-gospel worshipful and prayerful ballad “Savior’s Shadow”. But there hasn’t been anything really standing out for me and grabbing my attention as a ‘must-listen’ throughout the past few years. Blake’s last studio album of all-original music (prior to this year’s Body Language) was in 2017, way before I started being heavily invested in country music… and so it never crossed my mind to listen to a Blake Shelton from start to finish. However this year I dove deep into Body Language, simply because I wanted to stretch myself musically. You can read my review of a semi-okay-ish album here; but since Blake has unveiled Body Language (Deluxe) a few weeks ago, let me dive in and write about what I reckon about Blake’s four brand new melodies.

For those of you who haven’t read my review about Body Language or haven’t listened to the album, let me give you a quick rundown. The album, though not as potent and impactful as my favourite and standout albums from this year, inclusive of albums from Phil Wickham (Hymn Of Heaven), Mike Donehey (Flourish), Riley Clemmons (Godsend) and Delta Goodrem (Bridge Over Troubled Dreams); encourages us and inspires us to live our best life in spite of the ups and downs… but the album still has bright spots and lowest points. “Happy Anywhere”, an album standout, is sung with Gwen Stefani, and speaks about Blake’s love for Gwen, so much so that he himself can be happy anywhere, that ‘…I’m running wide open, I was born with my feet in motion, but since I met you, I swear, I could be happy anywhere, any map dot location, you’re always my destination, you’re the only thing that I’m chained to, I could be happy anywhere…’. A track that is a love song at its purest and most vulnerable; “Happy Anywhere” reminds us all that an intense and passionate love is possible- and we just have to find the right person to share the rest of our lives with. However, “Corn”, a nonsensical melody about how Blake loves his corn (is that an allegory for something else?), to me is the lowest point on the album; While “The Girl Can’t Help It”, a toe-tapping pop/country melody, has Blake championing Gwen and relaying that she’s perfect for him. A song of gratitude and thankfulness of his partner’s existence, Blake sings out that Gwen makes him the happiest person alive, and that ‘…she just smilin’ that smile that her momma gave her, swingin’ those hips she sure is makin’, those blue jeans talk and the boys all fight, the one you want with you on a Saturday night, bendin’ those words like the Mississippi river, wherever she’s goin’, man, I wanna go with her, shinin’ so bright, make the midnight stars jealous, heaven help us all, the girl can’t help it…’; while “The Flow” is just as cringy as “Corn”, and speaks about… going with the flow (how original!- note the sarcasm…) and about rolling with the punches (how original!- note the sarcasm once again…). But hey, at least the fiddle is present here to make things interesting, am I right?

The magnum opus (crowning achievement) of Body Language is the confronting and powerful confession-type song “Bible Verses”. As Blake becomes vulnerable and honest about his relationship with God, we do not know if this song is inspired by his own walk with God or not. Nonetheless, the emotional admission in this song that ‘…I keep praying for the day that I can open up that good book and Heaven don’t look like it’s out of reach, when it feels like those apostles are giving me the gospel and not the third degree, I just wanted to read like Bible verses and not the Bible versus me…’; reminds us that we’re all works in progress and that no matter where we’re at in our walk with Jesus, we can indeed come to Him with all of our baggage and He will accept us and love us just as we are. We’re never too far from Jesus, and that’s the truth. Sometimes that feels hard to accept, but if “Bible Verses” is able to get us onto the path of at least pondering the real questions in life… well I guess then Blake’s doing something right, don’t you think?

However, now that I’ve let you all know about the high points and the low points of Body Language the standard edition, I feel as if I should let you all know about these brand new tracks that make up the deluxe edition… And the consensus, is that these tracks are… ok. Solid, but not that ground-breaking. “Come Back As A Country Boy” is a country/rock anthem about how Blake loves being out in the country and out in the outback; doing things outdoors and feeling alive in the fresh air. It’s a song that champions people who live outside of the city, and it’s a track that is an eye-opener; however musically it sounds like… any other Blake Shelton song. Which is nothing against him as a person, but there’s something about this track that sounds a tad unoriginal. “Fire Up The Night”, with HARDY, is a disappointment to me, as this song lyrically is so basic, with the melody being about having a good time and partying; while the Brooks & Dunn collaboration is “Throw It On Back” is essentially the same song as “Fire Up The Night”- just repackaged. It’s not a bad song… but it’s not a great one either. However, “We Can Reach The Stars”, the piano led ballad dedicated to Blake’s wife Gwen Stefani, is a magical and out-of-this-world standout, and a track that I reckon is one of Blake’s best on the album. One of the rare songs that Blake has written, “We Can Reach The Stars” speaks about holding tight to the one you love and telling them how much you love, care about and appreciate them.

Let me get one thing straight. Blake Shelton’s Body Language (Deluxe) isn’t the flashiest album. It isn’t the greatest album. It isn’t the most memorable album. Songs like “Corn”, “Neon Time”, “Fire Up the Night”, “Throw It On Back” and “The Flow” are as superficial as any song in recent memory. But there’s something about the album as a whole that just works. With such a superficial album that draws you into another world and makes you forget your troubles and your worries, even just for a second… well we need albums like that. Especially with the world the way it is now; albums like Body Language are needed. It’s soothing, it’s laid back, and though Blake doesn’t deliver some big, epic, profound truth aside from the two standouts in “Bible Verses” and the emotional and personal “We Can Reach The Stars”; this album is solid and enjoyable to listen to. You wouldn’t want to listen to the project again any time soon. But if it’s on in the background, don’t turn it off. There are worse things to listen to at the moment… I’m looking at you Florida Georgia Line. I’m also looking at you Lincoln Brewster! I’m also looking at you John Mayer! And unfortunately ABBA!

4 songs to listen to: Minimum Wage, Happy Anywhere, Bible Verses, We Can Reach The Stars