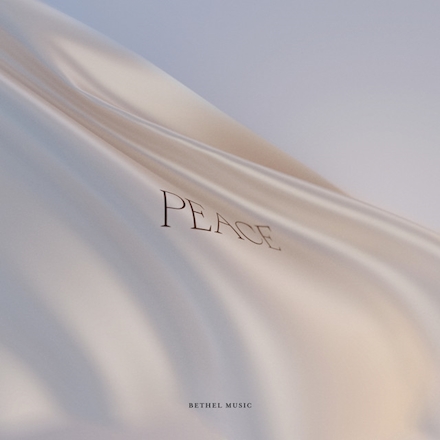 Over the past few years, worship music has been vastly evolving at an exponential pace. Artists such as Meredith Andrews, Kari Jobe, Phil Wickham, and Kristian Stanfill have risen in popularity and prowess musically, with them being recognised amongst veterans such as Chris Tomlin, Matt Redman, Tim Hughes, Paul Baloche, Crowder, Martin Smith and Stu G; and up and coming bands like Rend Collective Experiment, Leeland and All Sons And Daughters are also impressing critics and listeners. Jesus Culture, Desperation Band, Elevation Worship, Mosiac MSC, Planetshakers and Hillsong UNITED and Young & Free are all injecting a new, unique and fresh musical and worshipful perspective into the worship industry as well. Now we come to Bethel Music, one such popular and influential band (more like worship movement) within the CCM industry, that is wowing the hearts and ears of many around the world currently, ensuring that the industry doesn’t become stale.

With the group delivering many of my favourite worship albums, such as their most recent effort Victory, Tides, For The Sake Of The World, Without Words, Have It All and We Will Not Be Shaken, Bethel Music have recently unveiled their newest studio album titled Peace. Comprising of 12 newly recorded versions of beloved classics, such as “Reckless Love”, “Raise A Hallelujah” and “Goodness of God”, there’s a twist in this 12 track offering. And that is that it’s an acoustic piano album full of lullaby versions of smash hit melodies, pushing the boundaries of worship music, and giving us different renditions of familiar anthems and songs to sing for the church. Though some tracks are indeed simplistic in their lyrics and music, there is no doubt that the Spirit of God is upon these songs, and that on the whole, these new interpretations of fan favourites are quite brilliant; the overall musical masterpiece is a treasure that is to be explored over and over. With lead vocalists sharing their voices on the album as Jenn Johnson, Kari Jobe, We The Kingdom, Amanda Cook, Cory Asbury, Josh Baldwin, Brian Johnson and Jonathan & Melissa Helser; Bethel Music remind us of the power in their live worship anthems, unveiling a very layered and unique album. Peace is a must for fans of impacting and powerful worship music!

As far as how I feel about this album- well first of all, it’s songs we’ve heard before, so I know what to expect. Hard hitting anthems that praise Jesus. Yet the arrangements as well as different singers present each showcasing their own clever renditions, give this track listing extra depth. In particular I really love the offerings from We The Kingdom (especially “The Blessing”), while “Goodness of God” from Jenn Johnson is another album highlight. Yes, there’s only minimal instruments here, yet somehow I am not sleepy from these tracks. I’m actually engaged and captivated by Peace– and with this new revelation that I can somehow listen to this entire album without feeling bored and tired…well that’s a remarkable feat! And as I can further list more and more album standouts, such as “Dancing On The Waves”, “Stand In Your Love”, “Reckless Love” and the throwback worship track “King Of My Heart”; instead I’ll leave you all to listen to this unique near-flawless masterpiece, and let you all judge for yourself if you like Peace or not!

Vastly different than this album’s predecessor in Victory; when I first heard of Peace, I was extremely hesitant and thought it would flop, as I wasn’t sure if the absence of big booming guitars and drums would hinder this project, and make this album inferior to the greatness of albums previous. However the prowess of the team at Bethel Music have once again proved me wrong, with stellar and poignant worship leading, drawing people into communion with God. Well done Jenn, Brian, Jonathan, Melissa, We The Kingdom, Cory, Josh, Amanda and Kari! A brilliant album for a well-respected church and group! Considering how the bar was raised with their previous live album, Bethel Music should be proud of themselves! A must buy on iTunes!

3 songs to listen to: Goodness Of God, Stand In Your Love, The Blessing