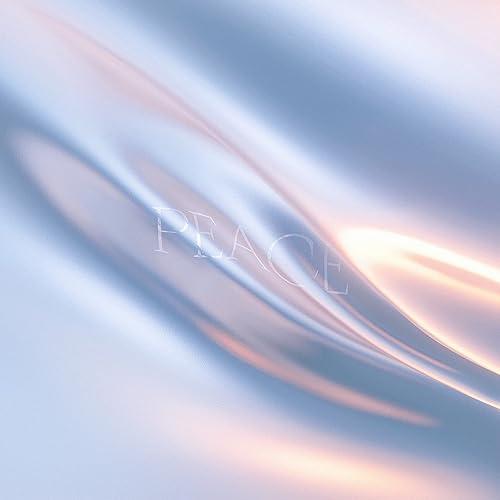 With the group delivering many of my favourite worship albums throughout the years, such as their most rounded and ‘complete’ album Victory, as well as others like Tides, For The Sake Of The World, Without Words, You Make Me Brave, Starlight, Have It All and We Will Not Be Shaken (I have not heard Revival’s In The Air nor Homecoming yet, but will rectify this travesty right away!), Bethel Music have recently unveiled their newest studio album titled Peace Vol. II. Comprising of 12 more newly recorded versions of beloved classics in a lullaby setting, again with guest vocalists; this sequel to Peace reminds us once again that acoustic piano album full of lullaby versions of smash hit melodies, do in fact push the boundaries of worship music, as the band deliver to us again, different renditions of familiar anthems and songs to sing for the church. With powerful and exemplary versions of songs like “Graves Into Gardens”, “Another In The Fire”, “Way Maker”, “Living Hope” and “Battle Belongs” to name a few; there isn’t a track you would find on here that you won’t resonate with as a worship music lover. Sure, if you hate lullaby music, then this album isn’t for you; but if you’re someone who longs for reflective and contemplative worship music meant for personal worship as opposed to corporate worship; then Peace Vol. II is perfect. Though some tracks are indeed simplistic in their lyrics and music, there is no doubt that the Spirit of God is upon these songs, and that on the whole, these brand-new interpretations of fan favourites are quite brilliant; this overall musical masterpiece is a treasure that is to be explored over and over. With lead vocalists sharing their voices on the album as Jenn Johnson, Lauren Daigle, Phil Wickham, Dante Bowe, We The Kingdom, Brandon Lake, Pat Barrett and Jonathan & Melissa Helser; Bethel Music remind us of the power in their live worship anthems, unveiling a very layered and unique album. Peace Vol. II is a must for fans of impacting and powerful worship music!

As far as whether I resonate with this album, and whether it strikes a chord with me (like how Peace did last year!)… well first of all, it’s songs we’ve heard before, so I know what to expect. Hard hitting anthems that praise Jesus. Yet the arrangements as well as different singers present each showcasing their own clever renditions, give this track listing extra depth. In particular I really love the brand-new original songs from We The Kingdom- “The Light In You”, sung from God’s perspective, is emotional, uplifting, honest and incredibly moving, while “Arrows (I Will Be With You)” is also sung from God’s perspective, and is heartfelt and compelling also. “Battle Belongs” is transformed from a raucous worship anthem to an intimate acoustic ballad, while “Living Hope” reminds us exactly why Phil Wickham is one of the most respected, popular and passionate worship leaders currently- this version probably is even more resonating than the original studio recording from Phil. “Graves Into Gardens”, with Brandon Lake, is one of the most joyous, infectious and contagiously impressive worship anthems I’ve heard within the past few years; and on Peace II, Brandon slows down the pop/worship anthem and delivers a solemn prayer- which hits all of our emotions in different yet equally moving ways. “Another In The Fire”, a surprise hit by Hillsong UNITED last year, doesn’t stray too much from the original (aside from musical grandiosity), and is equally as impactful, this time led by Bethany Wohrle; while Dante Bowe adds a gospel infused twist to the mega-worship hit “Way Maker”. Perhaps the only drawback here is that we’ve heard “Build My Life” with Pat Barrett… so many times. However on the whole, I am still engaged with this collection of new and old tracks, despite the minimal instruments and the absence of drums. And as I can further list more and more album standouts, such as “Rescue” and “You Came (Lazarus)”; I’ll now leave you all to listen to this unique near-flawless masterpiece, and let you all judge for yourself if you like Peace Vol. II or not!

Vastly different from anything Bethel Music has done in a live or studio setting; when I first heard of Peace, I was extremely hesitant and thought it would flop, as I wasn’t sure if the absence of big booming guitars and drums would hinder this project, and make this album inferior to the greatness of albums previous. However, the prowess of the team at Bethel Music have once again proved me wrong, with stellar and poignant worship leading, drawing people into communion with God. And Peace Vol. II follows in the trend of Peace. Bethel Music does have its critics- the church does have somewhat sketchy theology (see Ruslan’s dissection of a video clip of Bethel church using wizard staffs and quoting Gandalf to cast out demons!); however I firmly believe that this does not change how we view Peace Vol. II. We need to separate the art from the artist sometimes, and use our discernment with everything we see and hear. We cannot throw the baby out with the bathwater though, and if we remove our preconceived ideas of Bethel, then this album in isolation… is a near-flawless album. Should you listen to this though if you have great reservations about Bethel, and there’s something in your spirit that says ‘no’? Well I reckon then you shouldn’t listen. But let’s give these guys the benefit of the doubt. Let’s make decisions on a song by song basis. Does this track bring me closer to God or not? And in that case, Peace Vol. II brings me closer to God, and it may bring someone else closer to God. And even if it doesn’t sit well with you… well God can turn bad outcomes into good outcomes. He is that powerful and good. So well done Jenn, Brian, Jonathan, Melissa, We The Kingdom, Phil Bethany, Dante, Pat, Brandon, Edward and Lauren! A brilliant album, and a project I will listen to again and again and again. Even if I do have reservations about the church’s sermons.

3 songs to listen to: The Light In You, Another In The Fire, Living Hope