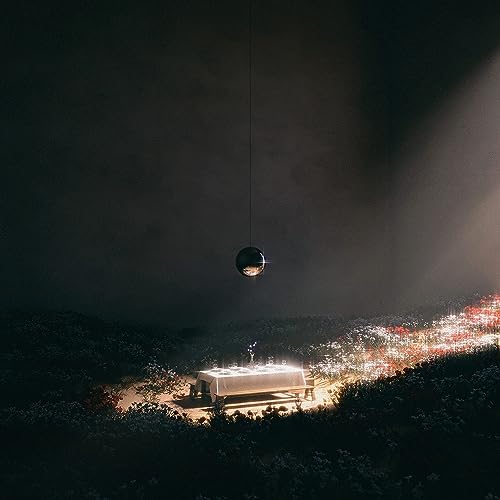 With the group delivering many of my favourite worship albums throughout the years, such as their most rounded and ‘complete’ album Victory, as well as others like Tides, For The Sake Of The World, Without Words, You Make Me Brave, Starlight, Have It All and We Will Not Be Shaken; of late I haven’t heard much of their music aside from Peace and Peace Vol. II. Revival’s In The Air was an album I felt wasn’t fleshed out and as cohesive as I would’ve liked, from me listening to songs here and there; but with Bethel Music’s latest effort and offering, titled Homecoming; I decided to take the plunge and listen to their music once again. With the live album having released this past September and with the track list consisting of 16 all-new corporate and personal worship songs; we are blessed to hear worship leaders such as Cory Asbury, Dante Bowe, Kristine DiMarco, Bethany Wohrle, Naomi Raine, Emmy Rose, Josh Baldwin, The McClures, Brian & Jenn Johnson, Brandon Lake and Zahriya Zachary to name a few, as they usher us into God’s presence and more of our Father, Saviour, Friend and Protector. Though some tracks out of the 16, are indeed simplistic in their lyrics and music, and do not connect with me as much; there is no doubt that the Spirit of God is upon these songs, and that on the whole, these melodies are quite brilliant- this overall musical masterpiece is a treasure that is to be explored over and over. With the lead vocalists sharing their voices on the album in perfect harmony and unison; Bethel Music remind us of the power in their live worship anthems, unveiling a very layered and unique album. Homecoming is a must for fans of impacting and powerful worship music!

Opening with the vibrant title track, we are blessed to hear the exquisite and powerful vocals of Cory Asbury, as well as newcomer Gable Price, with the duo relaying the bare bones of the gospel with great vividity. With the two lead singers emphatically crying out the praises of Jesus, we are encouraged and inspired to actively praise Jesus for all that He has done, simply because of who He is. And with Cory and Gable emphatically highlighting that ‘…scarlet sins had a crimson cost, You nailed my debt to that old rugged cross, an empty slate, at the empty grave, thank God that stone was rolled away…’, we can’t help but sing along at the ever true and Biblical lyrics. Highlighting that Jesus died and rose again for our sin, we are comforted and reassured by this fact, and with the promise that we can and will be made whole someday. A worthy opener for an already inspiring, majestic and near-flawless album, the title track of Homecoming is a joy to listen to!

The rest of the album exudes with purpose and meaning, as these remainder songs bring home the subject matter, of worshipping God because of who He is, and giving Him the glory and honour. “Back To Life” is an album standout, as newcomer Zahriya Zachary earnestly delivers an emphatic modern hymn that hopefully becomes as big as “In Christ Alone”; and as Zahriya ardently relays that ‘…no longer I who live, but Christ in me, for I’ve been born again, my heart is free, the hope of Heaven before me, the grave behind, hallelujah, You brought me back to life…’– a heartwarming track of unbridled worship to our Friend and Maker. “I Believe”, with Jonathan and Melissa Helser, another testimony-type melody, is a radio-friendly melody fit for churches on Sunday morning (however in my mind is musically and lyrically bland!); while “Son Of Suffering” features Matt Redman on guest vocals, and is probably my most favourite track on the album- the harmonies of David Funk and Matt is exquisite, and the simplicity of worship to Jesus, is beautiful and powerful. This is Bethel Music at its finest.

Unfortunately, “Weathered” with Dante Bowe and The McClures is slightly too long, as Dante and Hannah McClure passionately and emphatically sing out that even when times are tough, we can lean on and trust a love that is real and a love that is weathered. The nearly 9-minute track doesn’t really build musically until about 3 minutes in; and I’m sorry but by that time I’m nearly falling asleep. The spontaneous parts of the song attempt to add passion and enthusiasm, but the free worship bits here sound fake. “Too Good To Not Believe”, originally recorded by Cody Carnes and Brandon Lake- this time only by Brandon, brings my enjoyability levels back up, as Brandon eloquently relays to God that ‘…I believe You’re the wonder-working God, You’re the wonder-working God, all the miracles I’ve seen, too good to not believe, You’re the wonder-working God, and You heal because You love, oh, the miracles we’ll see, You’re too good to not believe, too good to not believe…’, and is one of my favourites on Homecoming. The gospel infused “Reason To Praise”, with Cory Asbury and Naomi Raine, earnestly and fervently highlights the concept of belief and faith and stepping out even in the times of doubting, as ‘…You’re the God of the breakthrough when I’m breaking down, You’ll be working a way through when there’s no way out, this one thing I know, that You’re still on Your throne, so whatever I’m feeling, I still got a reason to praise…’; whereas “I Belong To Jesus”, sung by The McClures, and sung about belonging to Jesus and to the Lord Most High, is co-written with Sean Curran, and sadly is a tad toothless here, and possibly might have been weightier and much more impactful with Sean singing it in a future Passion album.

“Hymn Of Heaven”, one of my favourite songs on Hymn Of Heaven from Phil Wickham, is recorded here by Brian Johnson and Zahriya, and does not disappoint- my favourite part is in the final verse, where the celebratory atmosphere kicks into the highest gear, and the eternal truth is declared that ‘…on the day we join the resurrection, and stand beside the hero’s of the faith, and with one voice, a thousand generations, sing worthy is the Lamb who was slain, forever He shall reign…’; while “Send Me”, with Jenn Johnson and Chris Quilala, eloquently speaks about wanting to go where God wants us to go in the marketplace in terms of ministry, even if it is serving the non-Christian and other people whom we passionately disagree with- a similar theme to Delirious?’ “Here I Am Send Me”. “My King Forever”, led by Josh Baldwin, is one of the most emotional, honest and vulnerable songs from Homecoming; and as Josh fervently relays to us his earnest and honest sentiments and praises to God, he declares to us that Jesus deserves all the praise because of his death and resurrection and His love and unending devotion to each of us. And it’s extremely evident, at least to me, that “My King Forever”, will be present on many Sunday setlists for many months and years to come. As Josh delivers to us a near masterpiece; Josh deserves praise and congratulations as quite possibly one of my favourite worship songs over the past few years, is sung to professionalism.

“Standing In Miracles”, co-written with Sarah Reeves, is sung by Emmy Rose, and beautifully encapsulates the concept of always being able to find Jesus everywhere we look, as we’re ‘standing in miracles’ everywhere we go. A song that is as lyrically and musically simple, but still inspiring and poignant and thought-provoking; we are encouraged to look at creation and in the beautiful things God has shown us that’s right in front of our eyes, for evidence that God is here and is working in our lives. “Wherever You Lead”, led by Kristene DiMarco, is a piano ballad and earnestly reiterates that wherever God leads us, we should long to follow Him, even if it is into our enemy’s territory aka Jonah; while the penultimate track on Homecoming is “All Hail King Jesus”, led by Bethany Wohrle, is a cover of Jeremy Riddle’s song of the same name. A soothing and reflective piano ballad that strikes a chord and exudes raw emotion and power, Bethany ardently and majestically relays to us that Jesus is to be praised and lauded as King, as Lord of heaven and earth, and as the Saviour of the World! Homecoming then ends with the joyous, emotional and hard-hitting “Ring And Robe”, which in my opinion needs to be heard to be believed- it truly is that amazing, as Dante Bowe ardently and passionately relays with confidence that we can praise Jesus and sing a new song because of everything He’s done for us.

Vastly different from any live album that I’ve heard from Bethel Music (I think it’s the strongest live album they’ve recorded, aside from Victory of course!); when I first heard of Homecoming, I was extremely hesitant and thought it would flop, as I wasn’t feeling any live album from Bethel earlier this year. However, the prowess of the team at Bethel Music have once again proved me wrong, with stellar and poignant worship leading, drawing people into communion with God. Bethel Music does have its critics- the church does have somewhat sketchy theology (see Ruslan’s dissection of a video clip of Bethel church using wizard staffs and quoting Gandalf to cast out demons!); however I firmly believe that this does not change how we view Homecoming. We need to separate the art from the artist sometimes, and use our discernment with everything we see and hear. We cannot throw the baby out with the bathwater though, and if we remove our preconceived ideas of Bethel, then this album in isolation… is a near-flawless album. Should you listen to this though if you have great reservations about Bethel, and there’s something in your spirit that says ‘no’? Well I reckon then you shouldn’t listen. But let’s give these guys the benefit of the doubt. Let’s make decisions on a song-by-song basis. Does this track bring me closer to God or not? And in that case, Homecoming brings me closer to God, and it may bring someone else closer to God. It preaches the gospel wholeheartedly as well. And even if it doesn’t sit well with you… well God can turn bad outcomes into good outcomes. He is that powerful and good. So well done Jenn, Brian, Jonathan, Melissa, Bethany, Dante, Brandon, Zahriya, David, Kristene and Emmy! A brilliant album, and a project I will listen to again and again and again. Even if I do have reservations about the church’s sermons.

4 songs to listen to: Back To Life, Son Of Suffering, Hymn Of Heaven, Ring & Robe (Welcome Home)