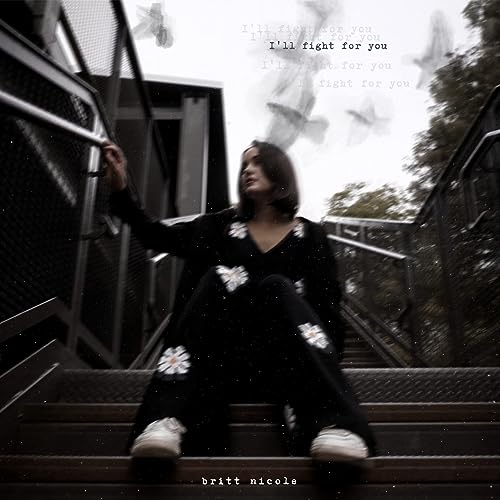 Britt’s music has been some of the most emotive, vulnerable and hard-hitting CCM songs over the years, and something that is a drawback especially about her discography is the length of time between her material and music. While Britt’s first 3 albums released in relatively quick succession (2007, 2009 and 2012), since then it’s been relatively quiet of late. Yes, there’s been one album Britt Nicole that released in 2016, but since then…only ‘I’ll Fight For You’, which released in November 2021. Nothing against Britt or her music, but if a casual listener were to come in right now and listen to this new song by Britt, and not know anything about her discography (because how can they, her last album released in 2016…that’s 5 years ago!); they’d say that this song isn’t really anything special…and they’d probably be right. I guess nowadays, artists need to be quick in releasing material, and if they were to take a break for whatever reason, only to come back years later and release music- well, it’d be like starting again, right? Because people move on from artists who haven’t released material in quite some time. Onto the next artist, because frankly in this me-centred culture, well, that’s what happens. And unfortunately, Britt Nicole has become one of these artists that has lost a bit of traction because of her sparse releases of late. Hopefully ‘I’ll Fight For You’ can change that, but I’m not so sure. I’ve enjoyed Britt’s music over the years, and this new song is ok…but still, only ok. There’s nothing really ‘wow’ that captures my attention, nor does this song bring something new to the table. There isn’t anything about this song that makes anyone want to check out Britt’s music if they haven’t already, nor does this song create a sense of anticipation and excitement into whatever Britt has on the horizon. Frankly, this song feels to me as though it’s just something that was done to ‘show fans that they’re alive’- whether there’s genuine passion and enthusiasm in the song is left up to the listener hearing it, but from where I’m standing, this new song isn’t something people should listen to if they want an introduction into Britt’s music. Sure, the song is ok, but check out the albums Gold and Say It first. This new song reminds us that Britt’s still making music (and that there ought to be a new full-length album coming…soon); but that’s all it does, sad to say. I’m sure Britt has poured her heart out into this track, but I’ve somehow felt this song has missed the mark a little. Maybe whatever comes next will be something more than just one track? Only time will tell.