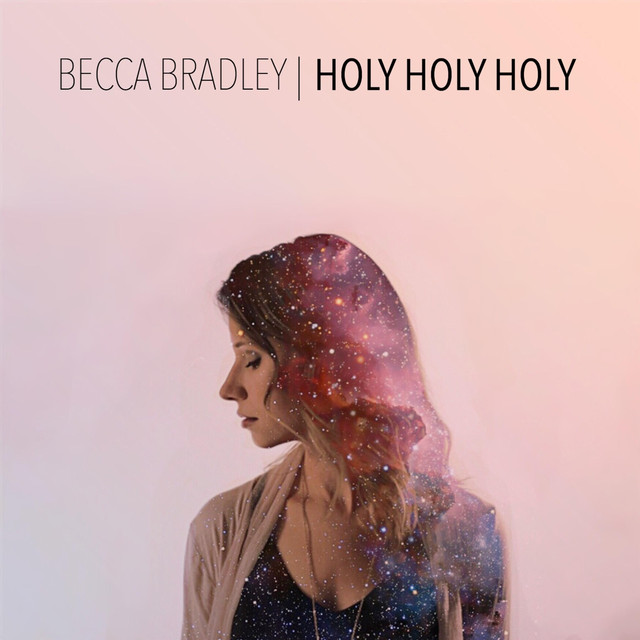 “…I have always been drawn to hymns. Having not grown up in church, I wasn’t familiar with many hymns besides ‘Amazing Grace.’ I started attending church in college, and every time I heard a song in worship that really resonated with me, I’d ask someone around me what it was. Almost every time they’d laugh, telling me that it was a hymn from hundreds of years ago! Something about the way the melodies move and the lyrics reach into the deep places of our souls just captivates me. As a result, I’ve had an outpouring of requests to record a hymns album. As much as I loved the idea, I’m an avid songwriter and have so many original songs I want to release as well; so I decided to make my upcoming album a little of both! It will primarily be original songs, but a few of the tracks will incorporate parts of my favorite hymns as well. My hope is that, by combining traditional, familiar songs with current, pop production, this new music will reach beyond any one generation or denomination and will be used to strengthen and encourage the Church as a whole…” Having already released her debut EP Shaken in April 2014 to critical and commercial acclaim, as well as her second EP The Lions Eyes in 2015 to even higher praise, 26 year old Becca Bradley has now revealed her full length debut album to be a hymns fusion album, that was recently funded on kickstarter. Now I’m not sure what a hymns fusion album would sound like (maybe it’s hymns and original material within every song?) but what I do know is that I’m excited. Because Becca Bradley isn’t yet a household name, and through this upcoming album she will be.

Having shared the stage with many high profile artists such as Kelly Clarkson, Keith Urban, Lady Antebellum, Rascal Flatts, Amy Grant, Taylor Swift, and Michael W. Smith, as well as touring extensively with Francesca Battistelli in 2014 as a backing vocalist and cellist; Becca’s new offering releasing sometime next year is sure to inspire and encourage. But until such a time when we can listen to these songs, we can instead listen and re-listen to her rendition of “Holy, Holy, Holy”, the lead single, as she draws us closer to Jesus and worships him with her honest and emotional voice similar to Kari Jobe and Leigh Nash of Sixpence None The Richer. Unveiling a debut full length album independently is quite bold, yet there is something about “Holy, Holy, Holy” that makes Becca’s music compelling to hear and to connect and engage with.

So…I’m sure you all know the hymn. If you don’t, you can read about it on Wikipedia. What I want to quickly point out to you however is that Becca hits a home run here, and then maybe some more! “Holy, Holy, Holy” is a brilliant song, as Becca completely re-writes the verses, and uses the words of the hymn in the chorus, against a musical backdrop of strings, piano and gentle synth. Declaring ‘…be still my heart, rejoice my soul, the Lord our God, has made you whole, lift up your heads, you ancient gates, let freedom flow, come and join a song of praise…’ from the outset, we know that this isn’t any ordinary hymn. In fact, dare I say, that it’s one of my favourite hymn ever, alongside “Amazing Grace (My Chains Are Gone)” and “In Christ Alone”? And that Becca’s version is one of my favourite versions of the song ever, alongside Steven Curtis Chapman’s version from 2005? Need I say anymore about a track that I know for sure will explode and be big over the coming months? Becca also released a video of the song, so check that out as well!

“…‘Holy, Holy, Holy’ has always been one of my favorite hymns, so I’m stoked for y’all to hear my take on it! The Bible tells us that all creation proclaims the glory of God in Psalm 96:11-12, and that all around His Throne, heavenly creatures are proclaiming, ‘holy, holy, holy’ day and night, without ceasing (Revelation 4:8). If there is one song that I could sing for all of eternity, it would probably be this one…” Becca Bradley’s lead single of what is going to be her third collection of songs, is like no other song this year. Though it’s only a single, it’s enough to be excited for this new yet to be named album- the quality of this hymn is just a good as any other signed or unsigned artist releasing their album this year. With Becca having a busy schedule as she forges ahead singing her own music, it’s only a matter of time before Becca is signed by a major record label- maybe within 2-3 years? A great artist to listen to if you are fan of Francesca, or artists like JJ Heller or Leigh Nash; Becca’s “Holy, Holy, Holy” is hopefully an indication of the quality of her tracks on the new project. Well done Becca for such an honest and inspiring take on one of the most popular hymns in all of history.

3 songs to listen to: Holy, Holy, Holy x 3, as well as any other hymn we think or guess that Becca could possibly record for the upcoming hymns fusion album!