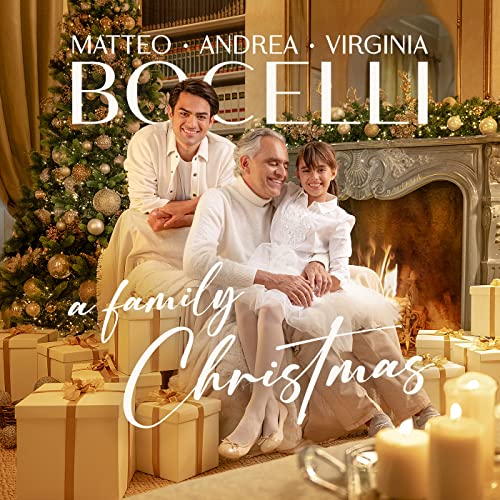 Does Andrea Bocelli, one of the world’s most iconic and legendary opera singers ever, need any introduction? I mean, any introduction at all? A certain inclusion amongst the iconic and identity building artists that we are still in the midst of writing about; Andrea is an artist that we will delve into more in-depth in 2023… but let me first say this. “The Prayer” is one of the most globally popular and influential songs of all time, and regardless of whether you believe in Jesus or not, there’s no denying the impact the song has had on the world at large. Andrea is more popular and well-known for his Italian songs and other more operatic melodies that aren’t that ‘known’ on the radio- but he did duet with Ed Sheeran on “Perfect” on what is a compelling, exquisite, and inspiring version. Andrea is blind from birth, and so he ‘sees’ the world differently than you and I. His Catholic faith forms the basis of his world view and his morals and values; and as I have always been fascinated with his music (even though I myself haven’t really dived into his music in a wholistic sense), I have now jumped at the chance to listen to and give my thoughts on Andrea’s latest Christmas album A Family Christmas– particular since it is a family affair indeed, with son Matteo and daughter Virginia present on this album with lead vocals. Andrea has released a Christmas album previously (My Christmas in 2009); and 13 years later, he is back with the stirring, magical and majestic sequel, together with his children Matteo Bocelli and Virginia Bocelli.

I’m not familiar at all, with Matteo’s music, nor Virginia’s singing. Nor should I be. Matteo is just starting out his music career, and Virginia is only 10 years old. Yet their vocals on this album shine the brightest in my opinion; and the unique blend of father and children singing together literally has me in chills and goosebumps. Album opener “Do You Hear What I Hear?” is a vibrant, powerful, compelling, and engaging well-known-yet-at-times-obscure carol, with all three family members beautifully harmonising in unison. Virginia, for a 10-year-old, is especially sublime and near-flawless- but simply put, all of them sing so well together, in this track and all other tracks as well. Lyrically, the track, which I’m sure some of us know already, speaks about how ‘…a star, a star, dancing in the night, with a tail as big as a kite…a song, a song, high above the trees, with a voice as big as the sea…a Child, a Child shivers in the cold, let us bring Him silver and gold…’,- about the birth of Jesus Christ, the Saviour to the world; while the track overall doesn’t sound preachy, but ethereal and majestic instead. As an opener, this melody isn’t a common choice, but with the album itself being a different time of Christmas album (an artist and their children as opposed to a single artist or a single band); why not have an ‘obscure’ melody as the opener?

The rest of A Family Christmas promotes the ever-true idea of family and the seasonal gathering-together aspect of Christmas; while still advocating for the divinity of Jesus Christ and the fact that He was born in a manger to save us all from our sins. “Away In A Manger”, an angelic melody beautifully led by Virginia (and with Andrea and Matteo on light backing vocals), is by far one of the highlights on a superb album, with Virginia almost taking her vocals up to Jackie Evancho or Lucy Thomas status (or as far as she can for a 10 year old!), with Virginia also emphatically declaring the truth of Jesus and the truth of Him being born in a manger for the whole world to believe in Him. This melody also paints an accurate portrait of the concept of family (with Andrea and Matteo gracious and humble enough to be in the background in this song and to celebrate in Virginia’s solo vocal moments); while “Feliz Navidad”, a fun, joyous, acoustic guitar led reggae style tune, also celebrate family, as all three vocalists sing in harmony and all three vocalists seem to be having fun doing so. “The First Noel”, a traditional worship carol if ever there was one, has Andrea singing the lead and beautifully capturing a heartfelt and unbridled worship moment between ourselves and the Saviour of the World; while the somewhat over-covered holiday track “Have Yourself A Merry Little Christmas” is exquisitely led by Matteo- this version doesn’t drag at all, and actually feels quite engaging and moving.

These days, artists can include ‘non-Christmas’ songs in a Christmas album, and nobody would bat an eyelid, because I guess Pentatonix are the band who have done it before (adding other songs to Christmas albums and passing them off as holiday tracks), and other artists are just following in their footsteps. “Over The Rainbow” from Andrea, Matteo and Virginia, is that song that is included but isn’t a ‘Christmas’ song… but I’m not complaining, as this melody from The Wizard Of Oz, speaks about stepping out into the unknown and continuing to dream despite circumstances, adversities and hardship. It’s an inspirational song- and don’t we need more of these songs around Christmas time? “Buon Natale”, an Italian Christmas song, is essentially translated into “Merry Christmas”, and is a vibrant track led by Andrea- it’s power and impact stretches beyond listeners who understand Italian, as I myself am transfixed and captivated somewhat by the melody. While the powerful, declaratory, and exuberant synth and strings led orchestral standout “Joy To The World” is a heartfelt melody that is a simple yet effective vertical worship song to the God who created the Earth and the God who intimately loves each one of us.

“The Greatest Gift”, a haunting, mysterious, quasi-worship song similar in vein to Josh Groban’s “Believe” and Carrie Underwood’s “Hallelujah”, is an original melody that highlights Andrea, Matteo and Virginia’s powerful and exquisite vocals, and their beautiful harmonies together, with the three of them crying out ‘…hear the angels sing, hear the angels sing, hallelujah from above, singing peace on earth, there’ll be peace on earth, if we open up our hearts, and give a little love, the greatest gift is love…’. It’s a ‘blanket’-prayer of sorts: no references to God or Jesus, but just ‘religious’ enough to keep everyone happy. And though the super-duper-Christian in me frowns at how far they could’ve gone but didn’t in this song in terms of theology; I still find this heartfelt and impacting track ever-so poignant and moving- and any song that promotes healthy discussion around God, Jesus, heaven, and religion- is a much-needed song to hear anyway. “When Christmas Comes To Town”, a heavenly and angelic melody, was originally recorded by Matthew Hall & Meagan Moore as their respective characters in the film The Polar Express– and on this version powerfully and skilfully led by Virginia, we see the Bocelli’s celebrate the family tradition of Christmas and also contemplate and reflect upon the real meaning of the season. Similarly, the power of Christmas and the sentiment of coming together as a community and a human race, despite our differences, can also be seen in the melody “Happy Xmas (War Is Over)”, originally by John Lennon, and led by Matteo in this stirring and rousing rendition.

“Il Giorno Più Speciale”, like “Buon Natale” earlier on in the tracklist, is a melody that transcends the language it is being sung in; as Virgina, Matteo and Andrea sing about “The Most Special Day”, and outline that Christmas is celebrated and revered all across the world, regardless of the culture, morals, values, and beliefs of the individual. Despite being a Christian holiday, Christmas is celebrated by many regardless of religion; and this song reminds us that every day, the seeds about Jesus are sown in the hearts of believers and non-believers alike. A Family Christmas ends with the dreamy piano ballad version of the holiday classic “I’ll Be Home For Christmas”. And just like that, the family aspect of Christmas is once again being championed and sung about, as Andrea, Matteo and Virginia eloquently relay to us the importance of being around family during the holidays.

A Family Christmas, like other impacting Christmas albums this year that we haven’t reviewed yet [albums from Pentatonix (Holidays Around The World), Switchfoot (this is our Christmas album), Crowder (Milk And Cookies), Joss Stone (Merry Christmas, Love), and JJ Heller (I Dream Of You: Christmas)], as well as Lindsey Stirling’s Snow Waltz which we have reviewed; is a stellar, powerful and inspiring collection of heartfelt, worshipful, memorable and engaging Christmas carols and holiday classics. Andrea, Virginia, and Matteo Bocelli sing together in unison and harmony to perfection- and truly, I cannot think of much more to say about such a musically diverse and lyrically strong album. I’ve always known that Andrea is an iconic and legendary artist across all time and all generations… and this Christmas album confirms this fact. And though I’m still on the fence about Matteo (because his voice is probably the only nit-pick I have- in that it’s on the whole quite unremarkable, even though there is passion!), Virginia’s voice here is out-of-this-world in an incredibly good way. So, what are you waiting for. Go and buy or stream this epic masterpiece immediately; and then go and stream Andrea’s discography. Also, I’d say to be on the lookout for Virginia’s solo music… because she is too good to not pursue music! Well done guys, I can’t wait to hear what God has in store for you next!

There’s nothing more beautiful than making music with your kids. I consider it a privilege. Singing these songs together, feeling the holiday warmth with my family is something really special. That’s what Christmas is about – making memories together to cherish forever. It’s really exciting to think that people will have a copy of our album sitting wrapped under the tree.

For me, I can say [my faith] is a reason for life. If life didn’t exist, an eternal life, a life after life, then everything would lose all meaning. So, my faith comes from extremely simple reasoning. I do not believe in the clock without the clockmaker. Therefore, I have faith. I have a lot of faith in the one who made the world.

In my case, not having faith would mean living in despair. My life would be an inevitable tragedy; because life on this Earth ends with death …. Faith is a truly priceless gift that I try to maintain and deepen, and it supports me day after day. Whoever puts his life in the hands of the one who created it, who wants him, desires, and loves him, puts their life in good hands. Success is an accident on the road. Things happen because there is a grand design. So much has been given to me. I have been given a unified family that has supported me and loved me. I have had a life of rich possibilities, of experiences….so much received, so there is so much I should try to give.

4 songs to listen to: Away In A Manger, Joy To The World, The Greatest Gift, When Christmas Comes To Town