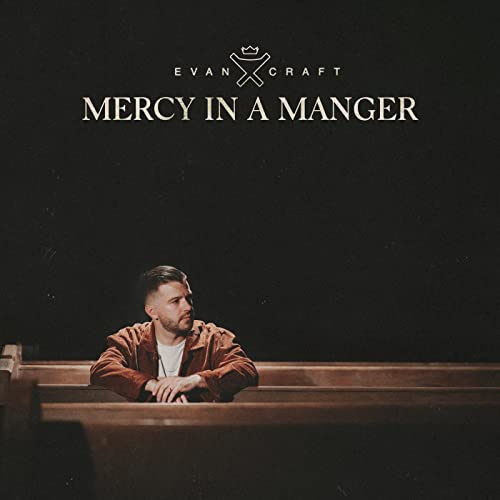 Evan Craft has been in and around the music industry for quite a while, releasing music in both English and Spanish. Since unveiling his English debut project in 2012, Giants under DREAM Label Group, Evan has subsequently unveiled to us songs in both English and his native language Spanish, as the years went by and he eventually became an independent artist along his musical journey. Some songs have been renditions of worship songs we already know- like the bilingual version of ‘We Praise You’ featured on Matt Redman’s 2020 album Let there be Wonder, or the Spanish version of the powerful Hillsong UNITED hit, ‘So Will I’. But much of his catalogue, aside from his full-length album Giants which is all in English, is in fact in Spanish- which is OK. At the heart of his ministry is delivering worship songs in Spanish for that particular community, and I think it’s good for an artist to be proactive in giving something specifically for a certain community- in Evan’s case, it’s the vibrant, dynamic, and impactful Hispanic and Latino community across the U.S. Evan’s worship songs have always come with a sense of earnestness and a heart of providing a space where worship- free-flowing worship, can occur. Since we as a site last unveiled a ‘review’ of Evan’s music (in 2020, we relayed our thoughts to Evan’s worshipful duet with Meredith Andrews, ‘Be My Shalom’), Evan released his 2021 live album Holy Ground, consisting of numerous originally written worship songs, as well as a powerful and compelling worship cover of a recent radio hit, ‘You Keep Hope Alive’. Now as we are in December 2022, we see that Evan has since unveiled another offering of music- this time it’s an EP just in time for the holiday/Christmas festive season, comprising of 6 originally written songs about Jesus’s birth and the meaning behind this holiday season. Mercy in a Manger isn’t a ‘conventional’ Christmas release (there are no holiday songs/carols, but all these melodies by Evan are written by himself), but it’s nonetheless one of my favourite Christmas releases in 2022 thus far.

Standing at 6 tracks, all these songs are written by Evan in some way, and from my recollection, it’s perhaps the first and only Christmas release (in recent memory) to feature only all-original Christmas songs. Starting the EP off with ‘No Christmas Without You’, this EP opener features light acoustics and a breezy music atmosphere, as we see Evan provide a sense of perspective and a refocus, especially during this ‘silly season’ of December. It is during this month where people start to act a little ‘crazy’- maybe they are stressed and want to purchase the ‘biggest’ and ‘best’ Christmas gift this year, or maybe they’re just dreading the holidays because who they are obliged to spend it with. Whatever the case, Evan reminds us of the true meaning of Christmas, stating that ‘…I don’t need presents under the tree, ’cause Jesus, Your presence is all that I need, and if there’s only one thing that I know is true, oh, Jesus, there’s no Christmas, no Christmas without You…’ It’s a great reminder that this year, we ought not to be too caught up in all the presents and the hustle and bustle, but to slow down and be at peace, knowing that it is Christ’s presence that we need this time of year, much more than presents in general.

Following along from ‘No Christmas Without You’ is Evan’s duet with Kalley Heiligenthal in the song ‘This is Christmas’, which delivers a similar theme and message as compared to the first track on Evan’s EP- showing us the true meaning of Christmas, apart from the commercialisation and the commodity of what Christmas has become in this society that we inhabit at the moment. We can often lose sight of Christmas and what it should mean to us, especially throughout the month of December as we feel as though we have to give (and maybe even receive, if we believe we’re lucky) the biggest gift to our family and friends (so that people know that we gave the biggest, and thus, accolades and praise and glory to us). ‘This is Christmas’ brings the focus back to the story of Christmas thousands of years ago, and how ‘…a moment in history, the manger, the mystery, God with us, Emmanuel, oh, what a holy night, angels declare in flight, peace on Earth and all is well, it’s the living proof, hope has come for you this is Christmas…’ The title track and Evan’s other duet (with Mitch Wong) follows along as track #3, and with it, becomes one of my favourite songs on the EP- a hymn-like melody full of lyrically rich and biblically poignant moments of praise and declaration. It’s a song that you can sing comfortably at church on Sunday mornings, or in your car as part of your personal worship session.

‘All I Want For Christmas’ (no, not that song by Mariah, but an originally written Evan Craft original song) follows along next, and is an emotional one. A song directed to a friend of Evan’s who has passed away, stating from Evan’s POV, that he misses his friend and how he wishes for one more Christmas with his friend by his side. Or as Evan puts it (in his own lyrics), we see that ‘…I know you’re not gone, oh, you’ve just gone ahead, but on this side of heaven I won’t understand, it’s not soon enough ’til I see you once again, oh, might be selfish, but it’s honest, hurts so bad because it’s true, oh, all I want this Christmas is you…’ ‘Someone Like Me’ (and the Spanish counterpart, also delivered by Evan, as track #6) rounds out the album in powerful and compelling fashion, as we see this EP-ender become one of my favourite originally-written Christmas songs I’ve heard since for KING & COUNTRY’s ‘Baby Boy’. A song that reminds me so much of something that a band like Hawk Nelson (specifically Jon Steingard) would’ve record right now (if Jon was still recording music), ‘Someone Like Me’ is a vulnerable look at a broken person asking the Lord if there is mercy for someone like him. It’s not a track that is ‘rosy’ or ‘has a nice bow at the end of it’. It’s a hard, raw, gritty song of vulnerability and moments of doubt, worry and anxiety, as Evan cries out the poignant words of how ‘…I pray, that I’m not too far gone for a Savior, there’s still room at the inn for a stranger, is there mercy for someone like me? So I pray to the King they say that came in a manger, would rescue me despite all my failures, is there mercy for someone like me? Someone like me…’ It’s emotional. It’s raw. It’s hopeful but also honest and relatable. It’s a song that captures people who may be on the fringe of Christmas and all that it biblically represents. It’s a song that perhaps articulates (to the best of what a song can do) how and what Jon Steingard could be feeling right now, two or so years on from his public deconstruction process way back in 2020. Nevertheless, ‘Someone Like Me’ is a perfect EP ender, and is the song to hear, if there is one song to hear on this Christmas EP.

So…there you have it. Evan’s first Christmas EP. And a first Christmas EP full of all-original tracks. And, by far, one of my favourite Christmas albums of this year this far. With songs like ‘Someone Like Me’ and the title track, alongside ‘No Christmas Without You’, this is a must-have (or at least a must-listen) if you enjoy similar styled artists, like Hawk Nelson, Jonathan Thulin, Jon Guerra, or Joel Vaughn, to name a few. Yes, Evan Craft may still be an up-and-coming name in the CCM industry (even though his music has been in circulation for the better part of a decade), and that’s ok. But his new EP Mercy in a Manger can hopefully change all of that. Still currently on the radio with his standout hit ‘Be Alright’ (both versions of the song- one featuring Danny Gokey, and the other featuring KB and Sam Rivera), Evan’s new collection of songs are almost certain to take him to new heights in the upcoming year ahead. Well done Evan for these original Christmas worship songs. Looking forward to singing along to these melodies in the upcoming weeks ahead.

3 songs to listen to: No Christmas Without You, Mercy in a Manger, Someone Like Me