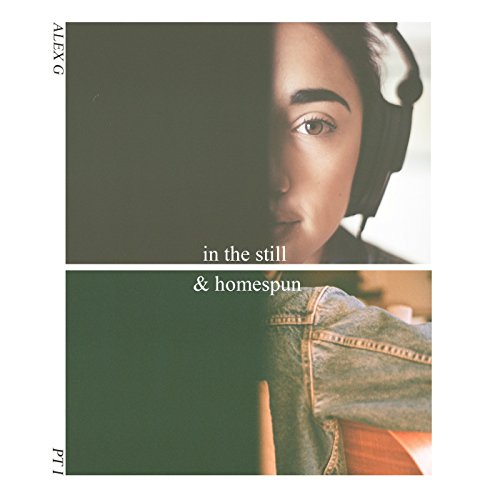 Alex G is revolutionary when it comes to vulnerability and authenticity within the music industry. No not that Alex G (who is now since pronounced (Sandy) Alex G). No not that one. But the other one. In fact, Alex G. (full name- Alex Gronlund) has quite possibly been one of the most enthusiastic and passionate voices I’ve heard in quite a while. Starting off her career as being someone who would release youtube videos of covers just to get rid of her stage fright, she quickly arose to fame during her later teen years, culminating into a short EP in 2012, that then resulted in a lot of exposure and collaborations with other artists. Since arising to prominence from 2010 onward, her youtube page has received over 200 million views, along with 1.5 million subscribers to her channel (as of May 2016). She has also in excess of 590K followers across her three platforms of Facebook, Instagram and Twitter…but then something shifted and changed. Her content changed from covers that were just fun and silly, to covers and original material that actually meant something to someone. You know when you have an epiphany about your life and the way you should live it, knowing that what you do and say, what you release into the world would have consequences, both intended and unintended, for anyone who hears, listens, watches, or reads whatever you release into the big wide world? That’s what Alex realised in 2014, culminating with a revelation that being vulnerable, honest, real and intentional about living and loving is what is needed to change the world. Alex has grown up from just a bubbly girl who would record youtube covers, to a heartfelt lyricist and singer-songwriter, delivering some of the most emotive and compelling original songs I’ve heard within these last few years, while also allowing us to look and glance inside her own personal life as she releases VLOGS periodically over the years, discussing issues ranging from beauty and love, to success, heartache, breakups and anxiety.

Fast forward to 2017. Her twitter, facebook and Instagram followers sadly took a decline since her shift from just being fun to being vulnerable. Nevertheless, Alex G powered on, in delivering music that is as healing as it is fun-filled in a world that is puzzling, hurting and just plain confusing. There is courage and strength when it comes to revealing your true self on the internet- because with it, there’s so much that could go wrong. Trolls being the main issue. But then there’s so much that can go right- with vulnerability and openness can come a sense of freedom, that we don’t have to put on a smile all the time and pretend that everything is ok. The Alex of today certainly isn’t the Alex that started her career all those years ago, and maybe that’s ok. We all evolve and grow, and as Alex recently released her new EP In the Still & Homespun (a collection of four songs, the first part of 4 EPs releasing periodically over the next year) just last week, full of acoustically written songs not of herself and her own struggles, but songs written for her fans and about them; it is a reminder that passion and enthusiasm, alongside a refined purpose to show love without inhibition or condition, is something unique and powerful, which can be seen within not only Alex’s latest EP but in much of her previous work as well. You could say that this new project from Alex is a direct sequel to her 2015 EP Share Your Story that completely redefined her mission and vision as an artist and what she wanted to be to the world.

What happened in 2015 was this- out of 1300 stories that were submitted to Alex from fans, detailing life experiences and stories from their own lives about issues and circumstances personal to them, Alex decided to write 5 personal songs based off of 5 fans- giving the 5 tracks the name of the person who inspired it- on Share Your Story EP, the five tracks are called ‘Charlotte’, ‘Muriel’, ‘Ben’, ‘Alana’ and ‘Royston’. Reminding me so much of what CCM artist Matthew West has started to undertake from 2010 onward, allowing himself to create projects based off of peoples submitted personal stories (which has led to 3 successful albums in The Story of Your Life, Into the Light and Live Forever in 2010, 2012 and 2015 respectively), Alex also undertook such a vulnerable task to create arguably one of the most underrated EP’s of 2015. Now fast forward to just last week, where Alex unveiled another series of songs titled In the Still & Homespun, 4 EPs also based on people’s stories- the first instalment, consisting of 4 tracks, dropped digitally worldwide on September 29th, 2017.

So what is the underlying message that we can take from this collection of 4 songs, at the end of the day? What are we to learn from these songs from Alex G, vulnerable and heartfelt? The first track on the EP is ‘What I’ve Done’, a song relating to the idea of shame and how it can cripple you beyond anything you’d know. Written from someone’s story about shame and how he needed something to rid himself of this feeling of guilt and uncertainty, we are given a track that can be such an answer, as Alex aptly titles the song ‘What I’ve Done’, as we’re reminded that we are not what we’ve done or haven’t done, that who we are is so much more than something we undertake. Sure these things will have an impact of where we end up, but they ought not do define us. We are never the same because of such actions, but we are not what we’ve done. We are loved (or should be) from our family regardless. And ‘What I’ve Done’ hopefully encourages us to pursue such a thought. ‘Beautiful Lady’ is a track Alex wrote for a couple wanting to be married, and while I know I am not this song’s target audience, I still find myself swaying along to the song, a song that presents to us an embodiment of young love and all its facets and nuances.

‘True North’, as ambiguous as it is, can be read in a number of ways- the way that the song was originally intended, where someone asked Alex to write a song about finding the true north to your life in a significant other; or the other way that I read it, as I am reminded constantly that as a Christian and firm believer in Christ, I know that He alone is my true north, the one that will never fail when others sadly do. It is the chorus that really gets to me, and I can imagine this song being a prayer-like moment between us and God, a declaration that ‘…when I was lost in my darkest night, like my true north You became my light, You save me every time…’ The EP then ends with ‘Chasing Hope’, arguably my favourite song on not only the EP, but one of my favourite Alex G. original songs, ever. A song that allows us to delve deep within the struggle and chase the hope we long for in every situation, we are given a ‘Dare You To Move’ type of situation, where we are given a task near impossible, to find hope and grasp it with two hands, but we as humans who never give up, are up to the task. Because without hope, we can’t live. Hope gives us the expectation that things will be better. As Christians, we place our hope in Christ, who we know will never fail in His promises. Here’s hoping whoever listens to such a track as this, is challenged and compelled to ask themselves who they place their hope in, in such a crazy life as this!

What this series of EPs (which was borne out of her well-received 2015 EP Share Your Story) means is this- it gives the listeners a voice. It breaks down the divide between artist and fan/listener. It reminds us all that all trials, tribulations, issues and circumstances are not as trivial as what we may often make them out to be, and that what we say ought to matter to whomever listens. Even if we think we may be the only ones going through such issues, what can result in a song being so personal is its mark and reachability- that one personal track can encourage millions of people with the fact that they are not alone in whatever plight they are travelling with. And therefore to sum up this EP in a nutshell- it is fun and meaningful, reflective and hard-hitting, but more importantly, Alex G is an artist everyone should listen to, regardless of the music genre you like. Alex will revolutionise authenticity and real and honest music within the industry- this EP is evidence of this. In the Still & Homespun certainly places Alex on the map if previous releases haven’t already, while subsequent albums/EPs in the future will continue to assert the fact that Alex’s passion is to be real, to portray the same self in both private and public. What out for more Alex G music in the future- from what I reckon, this is going to be the start of a wonderful and fruitful career in music. Here’s hoping her values stay grounded in unconditional love and inspiration, evident in Share Your Story EP, My Life on the Internet and her new EP. A collection of songs that are certain to be in my iTunes playlist on repeat for months to come, kudos to Alex and the team for creating a ‘1st’ EP in a set of 4 that reminds us all of what it means to be vulnerable and authentic. Congrats to you Alex on the EP, can’t wait until the second, third and fourth instalments in the series, whenever they arise.