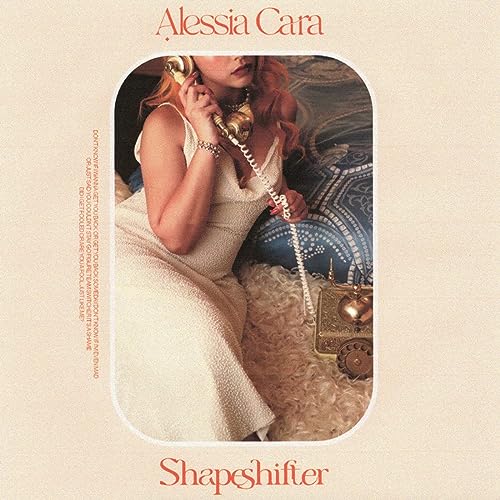 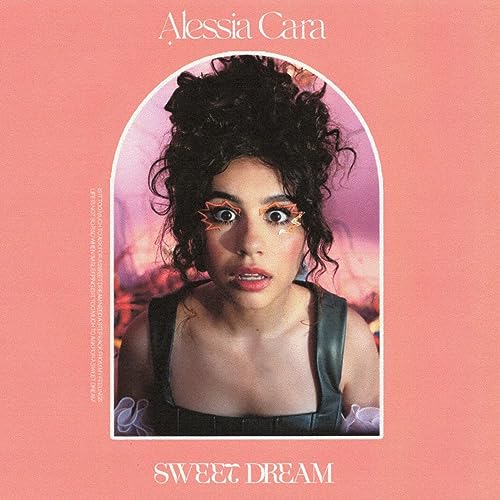 Singer-songwriter and pop artist Alessia Cara, native of Canada and writer of the hit song “Scars To Your Beautiful”, released her sophomore album The Pains Of Growing in November 2018 (which I reviewed right here!). Following that album, Alessia dropped her latest EP This Summer in September the following year. I reviewed that project here, as well as blogged about Alessia as well; while Alessia also dropped her single “I Choose” to retailers last year (inspired by the Netflix film the Willoughby’s. Jon reviewed that single here; and once you’ve read all of those posts, you can read on, alright? There were in fact times in the past where I thought an album was lesser and not worth listening to at all if it didn’t overtly speak about Jesus and if it wasn’t ‘Christian enough’!. But now that I know to treat albums and songs of mainstream artists and of Christian artists the same, as God speaks to us through both types of artists equally, and we can be inspired and encouraged by whatever He chooses to speak through… in that respect, Alessia’s discography, and her 2019 EP especially, which I have recently found to be one of the most inspiring and honest EP’s of 2019 in retrospect, is well worth the listen. While Alessia also unveiled a 4 song Christmas EP, titled Holiday Stuff, in 2010; the collection of poignant and heartfelt songs do have their place in society, especially as Alessia still encourages us all to dig deep and look past our circumstances, to look at the brighter things of life. As far as lyrics go, Alessia’s is as deep as they come at the moment. And it is with this outlook that I dive into Alessia’s brand new singles which released a few weeks ago. “Shapeshifter” and “Sweet Dream” were highly anticipated by myself (and probably by others!), considering Alessia’s already-high reputation. Thankfully, she hasn’t disappointed me yet! And I hope she never will!

Starting out young, I constantly felt like I had to prove myself as a writer in my first projects. I felt this pressure to be impressive with my songwriting, so I worded things in a more roundabout way to make them sound better – it never felt like just saying the thing was enough.

Now, the deeper I get into my career and the stronger the foundation I build for myself, the more I’ve realised that’s not why my fans are my fans. There is value in simplicity and in just saying things the way I need to. I’ve had more time and the comfort of my own space to process things over the last year, and from diving deeper with my songwriting and strengthening that muscle of self-expression, I’ve become more honest in my music. I make better music because I’m not holding back as much.

I’ve always known that Alessia’s songs generally have expressed to us a sense of maturity in lyrics and in music, far beyond her years as an artist. Mind you, Alessia is still in her mid-20s; yet her ability to create music that tugs at our souls and hits hard at our emotions, is quite frankly one of the biggest reasons why I firmly believe that Alessia is influential at this very moment, and will be even more so and extremely impactful for all generations (but especially younger generations) in the years upon years into the future. Both “Shapeshifter” and “Sweet Dream” are no different in terms of their relatability to each one of us and our journeys through life. With the former melody being a jazzy, laid back reflective tune about Alessia wanting to either get back together with an ex or to get them back for all of the pain they caused (in the song she isn’t sure whether she loves the person or not, considering she’s calling them a ‘shapeshifter’); the latter tune dives deep into the feelings of insomnia- and the fact that Alessia keeps dwelling more so on the future and the deeper questions in life. Or as Alessia has herself reiterated- [Sweet Dream] represents the hardship + helplessness surrounding my last couple of years. This one’s particularly about my insomnia and the endless hoops my brain jumps through at night while I’m supposed to be sleeping! never fun! On the flipside, there’s “Shapeshifter,” which represents the more sophisticated and fiery parts of the album. I had to experience different forms of pain to regain my footing and this song feels unwavering, despite it not being about the happiest of things (got my feelings hurt whatever). Sweet Dream is delirious, vulnerable and whimsical. Shapeshifter is dramatic, sharp and unabashed. 2 sides to 1 coin. The coin is this era and me. And as Alessia has tackled the topic of potential forgiveness (or swift dumping) of a partner and insomnia in these two tracks… boy am I excited for whatever else she will be diving deep into in this upcoming untitled 3rd album!

I was writing from a place of necessity a few months ago. My mental health was so bad that I desperately needed to purge the feelings I was having. People do different things, but for me the only way was to write it down; to get it on paper, outside of myself.

Once the feelings were out, I realised I could repurpose them – maybe what I expressed could mean something to someone else. Things that seem nonsensical, or so selfishly specific to your situation, are often the gems that people resonate the most with. After all, every feeling has been felt before, and it’s those specific feelings that people actually understand very well.

I also think I write about pain differently now. I used to write pain like “poor me, I feel so lost” because that’s how I felt at the time. Through growth and healing, I can now look over my shoulder, see how far I’ve come, and write about pain from a place that doesn’t feel so stuck. My songs feel more light and more hopeful than before – ‘Shapeshifter’ and ‘Sweet Dream’ are both not very positive songs, but I’ve written about the heartbreak and insomnia in a way that is witty, and more “poor you” than “poor me”.

I came straight out of high school [when my first album released], where my lifestyle was so different to that of a professional musician. I lived such a secluded life – I went from school to home, school to home, and never travelled anywhere. I hadn’t figured out who I was, as I hadn’t explored anything yet. To jump into the completely opposite lifestyle so quickly and so young was difficult – I was very afraid, and didn’t know how to say no.

Now, I’m in a much better place where I’m able to take care of myself. It’s actually only just this year that I’ve started to understand the value of what I do, and learned to enjoy it properly. I have a bunch of tools in my toolbox that I’ve gained from all my experiences. I feel a lot better.

It’s not really known when Alessia Cara will release her upcoming album. Perhaps she is still writing tracks. But whatever the case, Alessia should be extremely proud of herself for these two new singles. She is one of today’s most vulnerable and passionate songwriters, alongside John Mayer, Jon Foreman, and Bear Rinehart to name a few. And from these three projects alone (Know-It-All, The Pains Of Growing and This Summer; plus a host of other collaborations, including “Stay” with Zedd and “1-800-273-8255” with Logic) and the amount of work she’s put in, not to mention the fact that lyrically she’s singing about what we’re all probably feeling; it’s hard not to be a fan, of which I am definitely one now. And with Alessia in my opinion already having written plenty of deep lyrics that probably several artists haven’t even recorded that deep in their longer careers; well, if you’re not listening to Alessia’s music by now… one is you’re missing out, and two is well you better hop on the bandwagon straight away! So…bring on the upcoming third full length album, Alessia, or a world tour! Whichever way, I’ll be waiting…with probably a host of other fans and listeners.