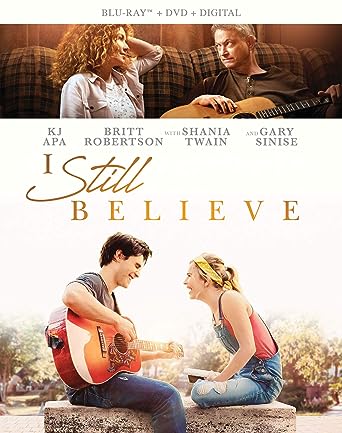 Here’s one fact that I know right now, even as the world is still upside down as we know it at the moment. And it is this. That the emergence and the subsequent prolongment of the virus COVID-19 has turned everything on its head and has thrust us all into situations that we would think are unthinkable at the start of the year. Cafes and restaurants originally reduced to takeaways, then reopened again, then closed again (and then the cycle repeats!). Sports of virtually every kind originally cancelled, and now going ahead but with safety precautions and masks mandatory. Speaking of masks, they’re now mandatory in all outdoor settings and in shopping centres, movies, gyms, literally any place you could think of. Movie cinemas originally closed but now reopened, not to the same capacity as before. Movies released at the cinemas now also being simultaneously released as direct to DVD and/or on digital platforms like Netflix and Disney +. Many albums and/or songs still delayed indefinitely (looking at you OneRepublic!). Music tours postponed. Livestreams on Facebook/Youtube now in abundance. These are unprecedented and remarkable times we are living in now…so I reckon that while we are in a holding pattern now at home, what we can do in order to stay safe, is to follow the instructions on social distancing and how to wash our hands, as well as also praying that God will come and impart a miracle to the whole world. Now more than ever before we are in need of encouraging and uplifting entertainment and information; as we seek to navigate this broken, messed-up world.

Well let me introduce you all to I Still Believe– a movie based on the true story of Jeremy Camp which released in cinemas last year in March. I know, I know, it’s an old-ish movie… but I haven’t been impacted and encouraged by such a film since I Can Only Imagine a couple of years ago, so my line of thinking is that I’ll let you guys know about the movie, and drop a few spoilers here and there… just because. And then you can watch the trailer and the movie and let me know how it goes! Seem like a good idea? Anyway, I Still Believe released to DVD and other digital platforms in May (less than 2 months later because of the virus). With the film predominately about CCM singer/songwriter Jeremy Camp and his relationship with his first wife Melissa who passed away in 2001 due to ovarian cancer, and Jeremy’s subsequently journey out of that pit of despair; the movie starred KJ Apa and Britt Robertson in the lead roles, and was directed by Jon and Andy Erwin- The Erwin Brothers, famous for I Can Only Imagine and October Baby. Rest assured everyone; even if you think this film is a B-grade movie because of the faith element, I’d say give the film a chance. Because I reckon that even if you aren’t a believer, there still is something that you can gain out of the film.

With the sublime and exquisite score being overseen and orchestrated by John Debney; the movie I Still Believe has an overall orchestral and cinematic feel- with the movie hitting my heart and soul for oh so many reasons! Naturally, if you’re a CCM enthusiast like myself, or if you have religiously followed the career of Jeremy… then this film is right up your alley. For the non-religious folk though who have flocked to see this project because of any number or combination of the lead actors: KJ Apa (lead actor in Riverdale), Britt Robertson, Gary Sinise, Shania Twain, Melissa Roxburgh, and reckon that the concept of Jeremy marrying his first wife even when he knew she was dying of cancer is a crazy concept; well I’d say that the universal notion of unconditional love here in its purest form (Jeremy loving Melissa no matter what- in sickness and in health!) is a notion to aspire to be like to our loved ones and family. In this time of hate and divisiveness due to different religious and political ideologies; can we learn to love each other and respect other points of view different from our own? That is what I believe that I Still Believe teaches us at its core. Sure, the film is about the redemptive story of how Jeremy became an artist and how his faith in Jesus was strengthened; but it’s also about the human condition and about how we too can also love each other and want the best for each other- even if we all do not agree with each other. And when people are loving on other people… that’s when I feel we see God moves the most. Not to say that He doesn’t move at other times… but I reckon when we love with no conditions, that’s when Jesus’ love shines through the brightest. Story-wise, I could link you all to Jeremy Camp’s Wikipedia page… but that would be a disservice to the movie. So I’d say watch the movie and be amazed at the power of God at work. Melissa did die in 2001… but God still used that event to further His kingdom on ways beyond our own comprehension.

Musically, this film is extremely professional and top notch, as there are a number of instrumental numbers, or scores, that are absolutely captivating and powerful to listen to. I never was very much into ‘songs’ without words; but Michael W. Smith’s instrumental albums Glory and Freedom changed all of that. Now I can sort of see and understand the feeling and the emotions behind most instrumental pieces- and the scores throughout this movie are no different. Yet it is the songs re-recorded by KJ Apa interspersed throughout the movie duration which I reckon is what makes this movie project. Now I’d wager that the general public would know who KJ is (if you weren’t paying attention and didn’t read the above paragraph, he’s the lead guy in the CW series Riverdale) yet KJ has said personally that it is this project where it has meant the most to him as a believer. Now I’m unsure of the faith beliefs of everyone else, but from what I have discovered of KJ’s genuine faith in Jesus, you can tell from the songs that he has rerecorded and sung with an intense passion.

“I Still Believe”, “Right Here”, “This Man” and “My Desire”, as well as Delirious?’s “Find Me In The River” have all been rerecorded by KJ in this film (but with also additional vocals mixed in from Tenth Avenue North frontman Mike Donehey, who was KJ’s mentor in singing on the project!), and all are somewhat different to the original recordings, yet all are exquisitely performed and recorded beyond belief. Also present in this film are both “I Still Believe” and “Walk By Faith”- rerecorded by Jeremy Camp himself, and originally from his 2002 album Stay; while the credits song is a collaboration between Jeremy and MercyMe on their song “Almost Home” (and reviewed by my brother Jon!). Essentially, I do not know all of the ins and outs of Jeremy’s story- for that you would need to read Jeremy’s memoir of the same name… but I guess as expected the film does Hollywood-ise some aspects- name the presumed love triangle that is rumoured to have occurred between Jeremy, Melissa and Jeremy’s mentor Jean-Luc. However on the whole, the film is very inspiring and emotional- and in the interest of not spoiling much more… I’ll leave it at that, and you can decide on whether you all want to subject yourself to an intense, emotional drama or not!

I’ve been sharing my story for years. And I even wrote a book called I Still Believe that really went into depth and detail of my story. A couple years ago, the Erwin brothers who did I Can Only Imagine said, “Hey, we’re doing a story called I Can Only Imagine based on Bart’s life from MercyMe.”

I know Bart, so I said, “Oh, that’s awesome.” They said, “We read your book, and we feel that your book could be a movie.” And I went, “Oh…” But at that point, it was great, but I’ve had so many people say things to me over the years that you just kind of go, “That’s great. If it happens, it happens.”

Well, Imagine came out; it did amazing. And they called up and said, “Hey, we want to talk about doing the movie.” They didn’t want to do another biopic, because why would you want to do two in a row. But we had an interview together, with me and my wife and them. After the interview, they went, “We have to do this right now. We have to.” And I think that we all felt like it was the right timing. It was like God’s timing; this is the right time.

And I feel it. I’m seeing what’s happening; I’m going, “I’m so glad that we waited to do this until now.”

I’m unashamed in my faith, and I’m okay with that. People are like, “Don’t be so bold, because people…” I don’t care, because here’s why. It’s not because I want to shove it in anyone’s face, but it’s been my comfort. I believe that no matter what you believe, you’re going to go through hard times. You know that, you’ve been through hard times no matter what you believe.

But for me, I want to point people to an actual solution. And the solution with for me was my faith in Jesus. Maybe not everyone’s gonna want to do that, and that’s okay. But I’m gonna leave that out there, because I want to give some kind of solution to what I went through. Because that was my everything. It’s exciting to me, because I’m like, “I’m okay. I’m gonna be super bold, because it’s what got me through it.”

In this time of COVID-19, everything has slowed down dramatically, from movies and sports and music to shopping centres and restaurants. But that doesn’t mean that we can’t be inspired, and God can’t talk to us in this period. He certainly has moved me in both the movie and soundtrack of I Still Believe, and I’m sure He can do the same for you. Jeremy’s story is one for the ages, about how he stood firm for Jesus even in the face of immense adversity and tragedy…so what are you waiting for everyone? The movie I Still Believe deserve at least one watch (and maybe the album from Jeremy of the same name in 2002 deserves at least one listen, after watching the movie!), so I suggest you all hop to it! After all, we all have the time now… Well done Jeremy for such a wonderful testimony that shows the power and faithfulness of God. I can’t wait to hear what God has next for you! Kudos to KJ Apa and Britt Robertson also, and may God draw you closer and closer to Himself every day!

Did you guys end up watching I Still Believe at the cinemas? How about on digital VOD? Are you planning on picking up the movie on DVD or Blu-Ray? You can stay connected to all things connected with the movie on the official website, facebook, twitter and YouTube, and all things connected to Jeremy Camp on his website, facebook, twitter and YouTube! Hope you enjoy/enjoyed the movie!