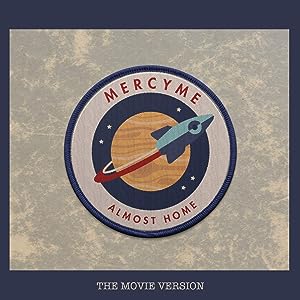 If you were to pick one song over the last 6 or so months that has really spoken to me about my own faith and has ministered in areas of my life that need it, I’d have to say ‘Almost Home’. Written by MercyMe and their producer Ben Glover, and recorded for a TBD album later on in 2020; ‘Almost Home’ reminds us thematically of Steven Curtis Chapman’s ‘Not Home Yet’, as the song carefully and timely reminds us of how often as we fight the good fight for a long time, we can get weary and tired, frustrated and confused, as if what we’re doing isn’t enough in this grand fight as we try to shift the tide from a more worldly focus to a more godly one. Nevertheless, in all our efforts we can become jaded and bitter, worried that what we’re doing won’t fix anything because if what we’re doing can fix something, it would’ve already been fixed. Nevertheless, this is what we may think when we get older, and ‘Almost Home’ is nevertheless a great reminder that often, we do get tired from fighting the fight we believed in when we were younger. We do get weathered and often, such a topic as this doesn’t get talked about, or even sung about, within the realms of Christian music. And so for a song like ‘Almost Home’ to bring forth that theme to the fore, is what makes this track unique compared to a lot of MercyMe songs from previous years. Bart and co. have come together to create a track that is very much poignant as it is heartfelt and needed in today’s society.

‘Almost Home’ was released last year and debuted at the GMA Dove Awards in October 2019. From their yet-to-be-titled album released this year sometime, ‘Almost Home’ is now in 2020 getting a re-imagined version- this time featuring Jeremy Camp as a co-lead on the song, and the song itself being dubbed as ‘Almost Home (Movie Version)’…so I guess now you know- ‘Almost Home’ is the theme song to…what movie is it again? Well, I don’t know. I don’t think anyone knows (apart from the people who have titled the song ‘Almost Home (Movie Version)’…is it for the movie I Still Believe, based upon Jeremy Camp’s life (which is why Jeremy Camp is singing on the song)? Perhaps. Or it could be another movie entirely. Nevertheless, Jeremy’s inclusion on this song is very much welcomed as we see him flawlessly deliver some of the most emotive and poignant lyrics I’ve heard from any CCM song over the last 6 months or so. As Bart himself relays to us about the message behind the song, ‘…it was heartbreaking to hear [about my friend] and I realized one thing that we probably don’t address much is as we get older, we just get tired and exhausted fighting the good fight…’Almost Home’ is kind of a rallying cry to just remind us to keep running the race… to keep going. Heaven is just around the bend. We’re almost home and now is not the time to give up or tap out. Whether you’re in ministry or not – parents, moms, dads, whatever – if you just feel like you don’t know if you can go any further, hopefully this song will bring you comfort and help you realize that you’re not alone and that the race is worth running…’ It is in this quote where we can rest knowing that we are indeed ‘almost’ home- that our communion with Jesus can be seen up ahead in the distance, that one day in the future we know we will be made whole and right. Because of such promises, such a song as this ought to give us courage and determination to keep pressing on to what lies ahead, no matter how dangerous the path may seem to look like.

So there you have it- ‘Almost Home’. A song that has impacted my own life of late. A song that gives people comfort knowing that home for us Christians is coming. It is when we are in our home (in heaven), that we can rest knowing and being assured that all the work we have undertaken won’t be in vain or for nothing. Both Bart and Jeremy Camp have given great performances and both their voices complement each other to bring about a duet that I’ve thoroughly enjoyed since Casting Crowns’ ‘Nobody’ featuring Matthew West. ‘…MercyMe are one of my favourite bands period. Their passion for Jesus and their infectious joy no doubt part of a package that I’m glad exists- the world is all the better for Bart, Robbie, Nathan, Mike and Barry to be playing music together. While we don’t know what the future holds, let me tell you that it will be a ride, that’s for sure. “Almost Home” is the perfect start to the new chapter of MercyMe, and hopefully their new album whenever it arises, will be a treat to listen to. Until then everyone, let us repeat “Almost Home” many, many more times…’ It is in this quote that I will leave this review- my brother Josh who reviewed ‘Almost Home’ in October 2019 said it best. ‘Almost Home’ is one of my favourite songs of the year thus far. Listen to it, then I’m sure you will agree. Well done Bart and co. for such a soul-stirring song, can’t wait for the movie that this song is the theme song for- whatever it’s called and whenever it arises.