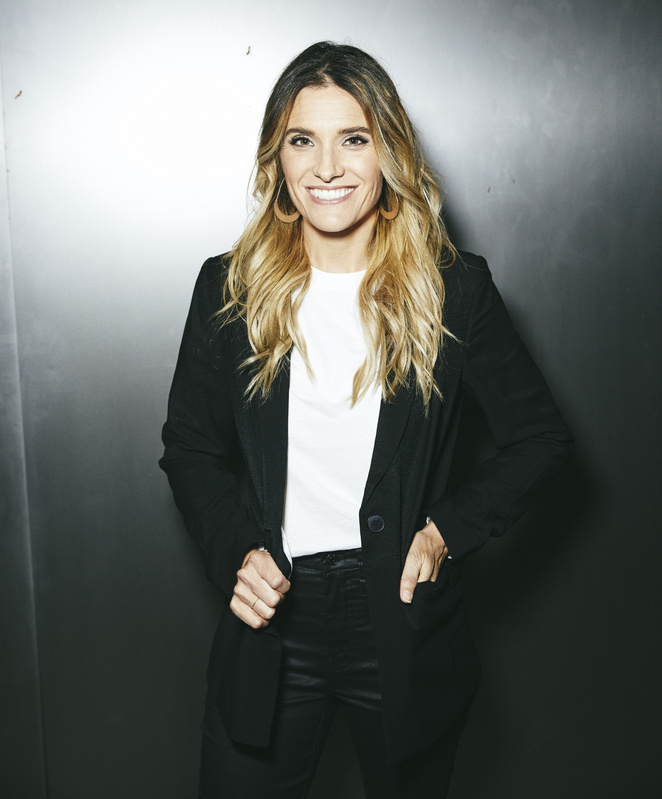 I recently had the privilege of interviewing Aussie CCM/worship artist Rebecca St. James (sister of Joel and Luke Smallbone, who comprise for KING & COUNTRY!), via email, as she unveils her comeback single “Battle Is The Lord’s” and her upcoming new project Dawn. We discussed the album, her hardest and easiest songs to write, and what life has been like back in the music spotlight. Check out the interview below, and be sure to check out Rebecca’s new single on Apple Music or Spotify.

First of all, congratulations on the release of your brand-new single ‘Battle is the Lord’s’, and your forthcoming project, Dawn (as revealed on the Facebook Live stream a few weeks ago). How has it been creating new music- a first for you in 9 years? What is the heart behind these songs and what do you hope listeners take away from listening to the project?

I really pray that people who have been in or are in a winter season will be encouraged that spring is on the way. This album talks about ‘Dawn’ after a long night and for me represents hope in Jesus and new beginnings.

You started in the music industry very young- I think 16/17 when your self-titled debut released. Since then, you’ve released countless songs that have touched the hearts of people around the world. What has been the highlights for you in your own music career from your inception into the music market in 1994 until now? How has being in the music industry for that long, shaped how you approached and created your upcoming project?

One of the highlights of my music career has been singing overseas where English is not the primary language and hearing my music sung in other tongues- like when I toured Holland or Russia. It’s a really beautiful picture of what heaven will be like when we’re all coming from different countries/ cultures worshipping Jesus together!

Being in the industry for a long time gave me a certain level of confidence because of having done it a few times before, but I think the element that impacted this album the most was actually being out of the music scene for 6 years. I lived a lot of life in that time, and God taught me fresh things that I have pulled from in my writing.

It’s been a whirlwind year of 2020 thus far- with COVID-19 at the centre. What is the significance of this song ‘Battle is the Lord’s’ (and furthermore, the subsequent album) being released at this particular time? What has the Lord taught you and your family during this time of social isolation, about yourselves, Himself, or both?

As I’ve been writing and recording these songs in a season where so many of us are feeling anxious and burdened and fearful- not knowing what’s going on, these songs have truly ministered to me in this time. We do not have to fear- our Father is going ahead of us, fighting for us, this is His battle and we can rest in Him. While we’re isolated from most of our community, we’ve been able to spend time with our family and rest in the security that the Battle is the Lord’s.

What has been the overall highlight of the whole process of making the new album? Were there any difficult songs to write, sing or even record, either because they were based on personal experiences of yourself or others? What has God used to speak to you more- the songs that were easiest to write or the hardest?

Hearing it finally come to life! It’s like a baby being born and now getting to hear feedback from people who are being impacted by my song “Battle is the Lord’s” has been very gratifying.

There’s a song on the EP that’s the title track- “Dawn” and I wrote it with Tedd T, Seth Mosley and my brother Luke (of for KING & COUNTRY). It comes from a very real place of hitting the end of my own capacity, and coming face to face with my weakness. Just being desperate for a dawn, a sunrise, a new beginning, and knowing He is that dawn and I can worship Him in whatever I’m going through. I’m excited for people to hear that because I think a lot of us need to be encouraged to set our eyes on God in the middle of weakness.

My song “You make everything beautiful” from my last album really struck a nerve with people because it speaks about redemption and hope. I knew that song was very heartfelt and a part of my story, but the way that it resonated with other people very deeply as well surprised me.

Who do you look up to in the music industry currently (contemporary Christian music, or mainstream), either as a mentor, role model or someone you ask advice from? If anyone reading this interview is wanting to move into the music industry, either as an artist or a songwriter, what would you say to them as advice?

My long time mentor Evie who had tremendous success in Christian music years ago has really helped me navigate my own journey with music. I’m grateful for the wisdom found in mentoring.

The advice I would give is to be faithful where you are- I used to say “bloom where God plants you”. In life we’re often looking for the opportunities that look big but I believe that God calls us to be faithful where He has us right now, and not be looking for the next season. And if we’re faithful with that, He’s honored with where it goes. So I would say, plug into your community, your church, where you are, and also work on your craft. Put time into your craft and get expert help with that. But the main thing is to honor God where you are.

For anyone who is reading this interview and is feeling discouraged or down, either because of something in their life currently or something spoken over them, what can you say to them?

As I’ve been thinking about where we’re at as a people, I think this is a time of humbling and the normal (often worldly) things we can security in aren’t cutting it right now. We need to come back to the fact that we desperately need God and need Him to fight for us. In times of humbling is when we see revival, we see our lives and our hearts being changed because we come to that place of dependence and surrender. I want to encourage you to look for the beautiful that He’s doing amidst the challenges of this time. Look for the sense of restoration and ‘Dawn’ that He is bringing!