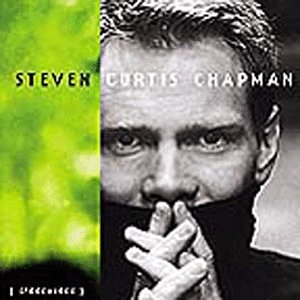 We always need an applause. Either affirmation that we’ve done a good job, from our parents, or from our peers. But nevertheless, we need someone to tell us that we’ve done a great job, to ‘keep up the good work’. As soon as we don’t hear that, we suddenly feel as if we’ve laboured in vain, our morale decreases and we hide in our shell. We labour all night to fix an essay for uni, and all we get in return, is a suggestion that the essay was too long, and for next time, it should be cut down. But then you think, Hang on, wasn’t that the same person that wanted me to increase the length of my essays? And now they’re saying that it’s too long? Sometimes we don’t get the praise and exaltation that we as humans want. We don’t get the credit that we feel as if we need to deserve. I did it, yet this guy who hasn’t lifted a finger gets the new car, gets the new house, all because he’s a smooth talker and what did he contribute- his name! That was it. And then he gets the fame, he gets the opportunity to be on radio, he gets the new house, and what do I get?…though it’s not normally like that, and I doubt that any friend would do it; there is that hint of ‘if I don’t get my fair share of credit, then I’m stuffed, literally’. Well, maybe not literally, but at the end of the day, humans are a selfish bunch. We all want to matter in our own way. We all want to have a piece of the action. We all want the spotlight to be shone on us. But then when push comes to shove, it’s natural to think that if we do have that ‘fame’ that goes with living a life for Christ, to naturally think, ‘Gee, I can truly live like this,’ but then forget that we didn’t have anything to do with us getting to that place at the start anyway.

Once upon a time there was a tiny community in the Swiss Alps. This community was in serious trouble. The well that supplied water to the village went dry. The people began to panic. A river was near the community but it was located at the bottom of a deep, deep gorge. Hence no one could reach the water. And it was the middle of summer, so the snow on the mountain had long since melted. There was, however, another well flowing with water across the gorge on the adjacent mountainside. An imaginative young thinker came up with a solution. He built a bridge across the gorge. The villagers were elated. A bucket brigade was formed immediately and the water supply was replenished. Needless to say, the bridge became very important to this group. It was their source of life. They honoured the bridge. They named the bridge after the builder and painted it a beautiful gold. Tinsel was strung from the bridge. Miniature bridges were built and sold in the streets. People wore them on their necks and hung them in the windows. A committee was formed to pay homage to bridge. Only certain people were allowed to walk upon it, and then only on certain days, and then only when wearing certain clothes. The bridge keeper became the most respected and revered position on the mountain. No one could see or cross the bridge without his permission. Unfortunately there were some disputes within the committee. The disagreement centred on whether a canopy should be built over the bridge. So the bridge was closed until a decision could be made. Many villagers died of thirst while the leaders debated.

It’s easy to think that in the above paragraph, what went wrong was that the decisions weren’t made quick enough, or that the committee should’ve been changed earlier, or even the bridge should’ve not been painted…but maybe, just maybe, the real reason why the bridge debacle happened in the first place was that people were putting emphasis, maybe even a resemblance of worship, upon the bridge itself, rather than acknowledge that the bridge was just a means to an end- just a way to receive the water the village desperately wanted? Everyone wanted the spotlight, and everyone wanted to matter, the leaders the most, so rules were made- you can’t walk on the bridge on Sundays and Thursdays because that’s when the founder of the bridge has his quiet time on it, you can’t wear blue or red on the bridge because the bridge founder hates those two colours, bridge visits are to be supervised at all times because…well, who knows what could happen when people walk on the bridge not supervised by the one who created and thought about the bridge in the first place. When we look at it, these rules seem farfetched, and the story itself seems farfetched, but deep down, we all know we can act that way in life. Especially towards our fellow Christian brothers and sisters.

We know this for sure- Jesus came to give us life abundantly, through the act of dying on the cross and being raised from the dead, taking all our sins and bringing it upon Himself to carry when He died. Thus all we can do is readily accept and believe in the open invitation He gives to His creation- to follow Him and accept that He and He alone has saved us from an eternity of separation from God the Father. What we can and cannot do, ought not to separate us from the love He has for us. With this good news of how Christ became nothing, even surrendering Himself to a cross for you and me; He becomes the bridge that connects us and eternity with God in heaven. With the Trinity, and in communion with Christ and God Himself. So what does that mean for us? And how can we relate to the paragraph above, and the story about the village in the Swiss Alps. Though I don’t want to believe that there is some truth to that story amongst the Christian community, sadly, I reckon there is.

As like how the bridge was respected and worshipped, to the point where there were disputes and arguments about who was to walk on the bridge and what the bridge would look like (and thus people died of thirst while the dispute happened); we as Christians may place more of an emphasis on the process of being a Christian than really be a Christian. What does it mean to be a Christian? Should I have a cross around my neck? Should I try to discuss about God, Jesus and the questions about eternity in every conversation I have with strangers and friends alike? Or should I try to always give words of encouragement to our friends, in the name of love, even if we know they are not in the mood for such a word? Should I have a bumper sticker on my car, or quote bible verses to you when you’re feeling down? What does it really, really mean for us to show God’s love to those around us? Is it to do all these things that I’ve aforementioned, or is it just simply to love without reservation, and be present in the situation? We don’t have to say or do much for them to know God’s love. In fact, sometimes saying a bible verse here and there, or even discussing about Jesus at every moment we have may often deter people away from wanting to know more about Christ. Because at the end of it all, we will we placing more emphasis on the ‘rules’, rather than the grace that comes from just letting all our preconceived ideas of what a Christian should be, behave and undertake down before Christ, and allowing Him to shed light on how He wants us to act when we’re in the presence of people who don’t believe in Christ.

This is where Steven Curtis Chapman’s song “The Change” comes in. Written in 1999, this is a song that is as relevant now as it was back then. Part of what I reckon is Steven’s most loved and respected album of his whole career thus far; this song allows us to ask the pointy questions- are we really being Christians, or being just Christian-like? As we’ve discussed in previous Message Mondays posts, are we even being gasbags and not even knowing it? Very poignant words are being conveyed in this 1999 song, so much so I reckon these lyrics are by far some of the most transparent and hard hitting I’ve seen from Steven in a while:

I got myself a T-shirt that says what I believe, I got letters on my bracelet to serve as my ID
I got the necklace and the key chain and almost everything a good Christian needs

I got the little Bible magnets on my refrigerator door and a welcome mat to bless you before you walk across my floor
I got a Jesus bumper sticker and the outline of a fish stuck on my car
And even though this stuff’s all well and good, I cannot help but ask myself

Bridge of “The Change”, written by Steven Curtis Chapman, on his 1999 album Speechless

Are we acting like we’re Christians or are we just Christian-like? Have we even undergone the change, or are we just saying and doing the right things? Are we like the leaders of the village in the story, blinded about disputes about the bridge that we can’t see the bigger picture of getting water via the bridge to the village? Are we looking for opportunities to speak to others about Christ, even manufacturing and creating them, or are we just letting God unveil the opportunities Himself- all we need to do is just step into them? These questions are hard-hitting, yet still need to be asked. Because if we just shy away from such questions, then we’re no better than gasbag, and how all he does is just talk about the tax rates and watches ‘rubbish’ on the TV. Let us know of your answers in the comments. And here’s hoping and praying that this week, we can at least encourage someone, even if it means by not even uttering the name of Jesus to them, but still the presence of Jesus being present in such a situation.