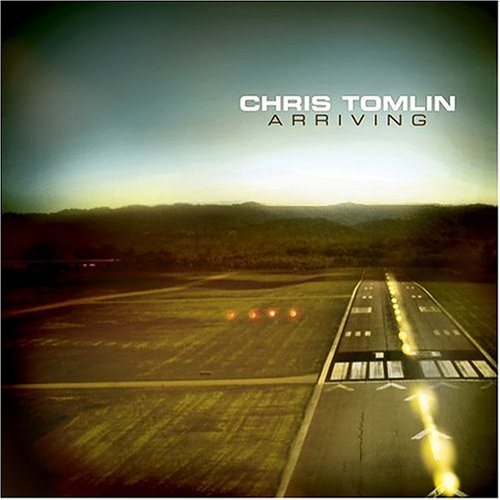 Imagine a hypothetical scenario. With your friends, you organise going to a really big, important event, that’s special to all of you. You plan out all of the details, figure out the transport, in how to travel to the venue, and make a day trip out of it. Then, once you and your friends have arrived, with the atmosphere buzzing, you take your seats, settle in, enjoy the pre-show entertainment, snack on a few chips and other tasty finger foods, and soak up the once-in-a-lifetime experience. When the main event starts, you’re in awe, and transfixed for the entire duration. There’s an intermission in there somewhere (you’re not really sure when it is, cause you’re captivated by the event, even during the intermission), and during that time, as well as the time after the event ends, it’s all you can talk about. After you have all exited the venue, you’re talking in the car about all sort of topics arising from this event, your views on the topic, which may differ. But you all come to the conclusion that life will never be the same again, because of this one thing you all went to, this one thing that you all participated in. So… what is it that you think I am talking about? The latest Passion conference, or a mainstream pop star’s opening night of their world tour? …or perhaps the opening game of the 2018 rugby league season, or even the night where you and your friends met up at someone’s house to watch the opening night of the 2018 Winter Olympics? Or maybe it’s any or all of them, depending on your point of view?

All my life, I’ve been surrounded by worship. It’s been very common in my household, and growing up in a Christian family, worship music was always in the background. It’s just the way it was, as Mum and Dad had plenty of albums, ranging from artists such as Steven Curtis Chapman, Michael W. Smith, Amy Grant, Twila Paris, Keith Green, Carman, Larry Norman, Petra, dc Talk, Steve Grace, and others; and played music on our CD player in the house, I think all the time. If not literally, then maybe almost… Music featuring songs sung to Jesus, and about Jesus, were commonplace, and while during my formative years I was hooked on, and only listened to Carman (of which there are 2 posts later on this year that will further discuss the only music artist listened to extensively from age 7 til around 15!); this first instalment I would like to delve into the eloquent worship music and overall exquisite songwriting that is Chris Tomlin.

Everyone knows Chris Tomlin, right? I mean, if you can’t recognise the name, then you’re definitely bound to somewhat be familiar with his songs, even if you didn’t know he wrote them and sung them as well. One of the founders of the popular and well respected annual worship movement Passion, you can check out all the information and the biography of the worship leader on Wikipedia, if you would like to. But I would like to make a special emphasis of Chris’ third album Arriving, as THE ALBUM that impacted me the most out of his whole career, and impacted me the most in terms of wanting to branch out in worship music, and go deeper and deeper with Jesus. Prior to 2004 (well, 2005 actually, as that was the year I actually listened to Chris’ music for the first time!), my musical diet was very limited- it was Carman, Delirious?, and that’s it. It’s not that those two aforementioned artists aren’t great, but there was a whole world of Christian music out there that I wasn’t exploring, not that I was comfortable in my bubble, but because I wasn’t in the know. I wasn’t aware of other artists. Chris changed all that with Arriving.

My family and I received that album in the mail one day (maybe it was a free album, a promotion our local Christian bookstore was doing? I can’t really remember the details!), and I was hooked. I didn’t pay attention to the artist (it was way, way later when I did more research, and figured out ‘oh hey, I just listened to Chris Tomlin!’), but it was the songs on Arriving that spoke to me. “Holy Is The World”, “The Way I Was Made”, “All Fall Down”, “You Do All Things Well”, “Mighty Is The Power Of The Cross”, “Unfailing Love” and “Indescribable”, to name a few, are some songs that tugged at my heart and my soul.

But…in my mind, it wasn’t because of the music nor the lyrics though, that made these songs special (as I’m sure we can all agree that sometimes Chris isn’t the best or most engaging songwriter- I’d say artists like Andrew Peterson, Nichole Nordeman, Jason Gray and Bebo Norman to name a few, who usurp Chris in this category!), but rather something about the simplicity and perhaps God breathed power these songs had, and this album was the first I had heard from start to finish that wasn’t Carman or Delirious?. Because of that sentimentality, and the fact that Chris’s album encouraged me to go further in exploring other artists and expand my horizons in terms of worship music, this is why Arriving is the only Chris Tomlin song present in the list, of the most impacting 52 albums of the year.

As this is not a review of the album (if you want to read a review of the album, you’d probably be disappointed, and maybe you’d want to read reviews from New Release Today or Jesus Freak Hideout!), I will instead say that Arriving has touched my life in so many ways. I’m not sure if I’m a big believer in certain choices absolutely leading to certain outcomes (predestination may be another topic we will be delving into later on this year!) however I do know that if I hadn’t taken the plunge and listened to the eleven songs recorded by Chris in 2004, I will definitely be not as well educated in CCM music as I am right now. Dare I say, I’d probably be still listening to Delirious?. And Carman. And maybe not much else. So thank you Chris, for recording probably the most relevant worship album that I have heard to date, of any artist- and that’s why this album is the one I’m talking about in week 1 out of 52.

Sure, if you’d ask me now which album I’d prefer from Chris, I’d definitely say a three way tie between Hello Love, See The Morning and Burning Lights. In terms of overall powerful and emotive songs, these three albums are so much more superior in every way to Arriving. But because of the meaning of the album to me, in that it showed me that worship music can be simple and still effective, and also reminding me of at the time a whole other world of worship music that I hadn’t yet discovered yet, and encouraging me to do so; I’d still say that Arriving should be the first album of Chris’ you check out, if you haven’t listened to any album of his discography.

There is one song though that stands tall amongst any song of Chris’ career. And that’s “How Great Is Our God”. There’s nothing much I can say about this song, without me trying to sound like a die-hard fan. And that’s because I am. Despite everything Chris has done, despite the cliché songs he sometimes releases, I will always be drawn to his music. Even if the latest single “Resurrection Power” is musically safe and not that risky, in my opinion. I will always check it out despite my initial reservations of the on the surface CCM sounding lyrics and music, and that’s because of what Arriving meant to me in 2004 and what it means to me now. So what I will say about “How Great Is Our God”, is that the song has shaped the world on a scale probably not imagined when Chris penned the song with Ed Cash and Jesse Reeves all those years ago, and it is Chris’ most popular song ever. It’s the song that has lifted Chris to the stardom that he has right now, and it’s the song that God has used countless and countless times again, to draw people to Him. So, on this song alone, that’s reason enough for anyone to check out Arriving– it may change your life the way it did mine.

Going back to the hypothetical scenario in the first paragraph, let me clear things up in case you were feeling a bit bewildered. As I mentioned that I could be talking about either a worship conference, a mainstream pop star’s opening night of a highly publicised tour, or a very big sporting event live; my point is that we all have things in our lives that we worship, that we give priority to. What I was referring to in the first paragraph was the way I felt after I saw Chris Tomlin live in 2008 on the Passion 2008 world tour, but it is true that we can live from one special event to the next. Thinking we are changed after the event ends, and then just hanging out for the next one and never really living in between. Some of us feel lonely and sad though, and it seems that ‘worshipping’ the material and the transient can give us temporary ‘happiness’ but not true joy. And while the topic of ‘what do we worship, and evaluating whether what we spend our time and effort on is really what we should be spending our time on’ is a topic for another day, let me say that Chris Tomlin’s Arriving has shown me that the only thing worthy of worshipping all day long is Jesus Christ. Period. The end. He is the name above all names, and He is worthy to be praised. Putting anything higher than Jesus is dangerous in my opinion, so there’s that. Food for thought, as you peruse a worship filled album that will be timeless in the year’s ahead.

What is your favourite Chris Tomlin song? Which album of his speaks to you the most? Let us know in the comments, and see you next time!

One thought on “FLASHBACK FRIDAYS: Week 1 (Arriving by Chris Tomlin)- We all worship something, so why do we still feel empty?”