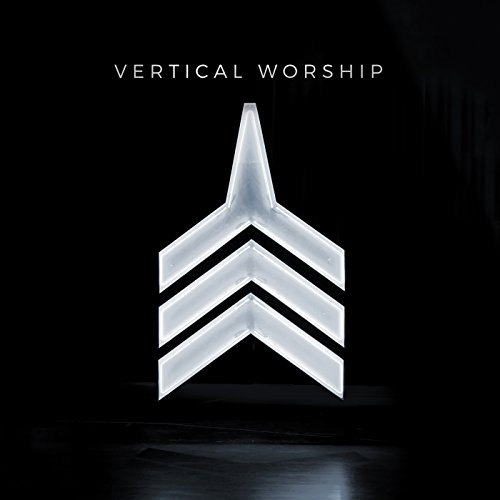 Having recorded their live debut album Live Worship From Vertical Church in July 2012, and subsequent albums The Rock Won’t Move, Church Songs and Frontiers in October 2013, January 2015 and July 2016 respectively; Vertical Church Band (now known as Vertical Worship), the worship part of the Harvest Bible Chapel ministry based in Chicago, now have taken the plunge and recently dropped their first studio album, titled Vertical Worship, via Essential Worship and Provident Label Group. With the debut featuring hit songs such as “Open up the Heavens”, “Not For a Moment (After All)”, “How Great Is The Love” and “Word Of God”, and other hits from the next albums inclusive of personal highlights such as “The Rock Won’t Move”, “I Will Follow”, “I’m Going Free (Jailbreak)”, “Spirit Of The Living God”, “Found In You”, “Lamb Of God”, “Frontiers”, “This We Know” and “1,000 Tongues”, Vertical Worship’s latest offering is 10 re-worked and re-imagined studio versions of fan favourites, filled with brutal honesty, raw emotion, and total devotion to our Lord and Saviour!

Bringing many different worship leaders all serving the same God into a space that serves the one purpose of making Jesus famous; the result is once again nothing short of sheer brilliance, with worship leaders such as Andi Rozier, Meredith Andrews, Tara Rios, Kyle Friedricks, Laura Sweeney Smith, and Jake France each creating masterpieces and gem after gem. While we all may be familiar with, and know and love all of the 10 tracks present on Vertical Worship, and while we may have wanted the band to record new material, these studio arrangements comprise truly one of the best worship albums this year; this magical offering from Essential Worship deserves to be picked up on iTunes! Though the blend of different worship styles are contrasting in this studio recording from Vertical Worship and their live recordings; the band’s entire discography has proven that vibrancy and uniqueness is indeed a wonderful breath of fresh air! It’s something different, that stands out, and that’s definitely a good thing! With an equal split of representative amongst the 10 tracks from each of the 4 albums (2 each from the first and last albums, and 3 each from the middle two albums); I am glad that Vertical Worship didn’t record a ‘recent hit greatest hits’ nor a ‘nostalgic oldies greatest hits’, but rather we are blessed to hear quite a balanced ‘greatest hits’ project.

One of my favourite albums from Vertical Worship is Church Songs, and it’s exciting to see “Do What You Want To”, “Lamb Of God” and “Spirit Of The Living God” present here, led by Kyle Fredricks, Meredith Andrews and Tara Rios respectively. Each of these three representations are quite different musically, with “Do What You Want To” being a guitar driven celebratory and upbeat passionate melody, “Lamb Of God” an introspective and worshipful personal worship type of ballad and “Spirit Of The Living God” being a more quieter and contemplative piano led ballad, which builds into an epic orchestral like anthem that brings chills down my spine, and this reminds me what a diverse group of musicians and worship leaders Vertical Worship is. Yet all three songs are similar in terms of theme, with Kyle asking God to work in our lives in the way He wants to in “Do What You Want To”, as he sings that ‘…we surrender all to You, do what You want to…God we want to see You move…’; while in “Lamb Of God” we are presented with a hymn-like piano melody where Meredith lays bare the gospel in a nutshell, crying out ‘…the lamb of God in my place, your blood poured out, my sin erased, it was my death You died, I am raised to life, hallelujah…’; and in “Spirit Of The Living God” Tara delves into the effects of God’s change in our lives, that ‘…when You speak, when You move, when You what only You can do, it changes us, it changes what we see and what we seek…’. What a brilliant set of three songs and my favourite three songs from Church Songs– perfect to be re-recorded as studio versions for this album!

“Found In You” previously led by Andi Rozier on The Rock Won’t Move, is led by Lauren Sweeney-Smith here, as the electric guitar prominent mid-tempo ballad, yet high energy melody starts off as a slow track, then building to an epic God moment when more and more instruments are added. A praise song that declares that everything we need in life is in Jesus; as Lauren emphatically and passionately sings out ‘…all we want and all we need is found in You, found in You, Jesus every victory is found in You, found in You…’, I can’t help but sing along raucously as well, amongst the keys, captivating drums, and exquisite electronic remix effects. Album ender “I’m Going Free (Jailbreak)” is also from The Rock Won’t Move, this time led by Jake France. The frenetic and catchy country and folk inspired melody (something I’d imagine Rend Collective would record!) is musically is very daring, courageous and gutsy, as its tempo reminds me of many mainstream gospel and country themed tracks. With influences similar to southern gospel Christian artists such as Rhett Walker Band, The Neverclaim and needtobreathe, Jake vividly depicts the imagery of God giving us the key to get out of our jail cells (which is Jesus Christ), and all we need to is pick the lock and walk out. It’s as simple as that, as we realise that the life a Christian lives has immensely more satisfaction and reward than any other person living without Christ. As I ardently sing the lyrics of ‘…glory, glory, hallelujah, You threw my shackles in the sea, Glory, glory, hallelujah, Jesus is my liberty, I’m going free…’, we marvel at the prowess of Jake as a worship leader as he takes the version originally recorded by Kyle Fredricks and makes it his own.

The final song from the band’s second album on this release is the title track, “The Rock Won’t Move”, which Jake leads also, once again taking the mantle from Kyle. An emotional, heartfelt worship song, for me this is the pinnacle of the record, as Jake emphatically proclaims that ‘…the Rock won’t move and His word is strong, the Rock won’t move and His love can’t be undone, the Rock of our salvation…’, which the ‘rock’ is a metaphor for Jesus, and alludes to the parable of the House built on the Rock and built on the sand. Posing the question of what our foundations of what we believe are based on, we are encouraged through this anthem to seek after Jesus, and let Him be our Rock, that is unshakeable and faithful. And as Jake sings with abandon, I can tell that even though this melody may not have been as popular in previous years as I first thought, I reckon right now, from this studio version, a classic song has been born, and one that will hopefully be sung in churches in the many years to come! Though at times sounding cliché, as the minutes seemingly drag on, on second listen, Jake’s earnest and honest offering captures a place in my heart, and it will definitely impact other listeners also.

The founder of Vertical Worship, Andi Rozier, makes a couple of appearances here as well. With “Open Up The Heavens” asking God to ‘…open up the heavens, we want to see You, open up the floodgates, a mighty river flowing from Your heart, and filling every part of your praise…’-with catchy beats, explosive guitar riffs, and an earnest audience longing for the Spirit of God to show up; Andi powerfully displays to listeners the awesomeness and mighty power of God, and how when God shows us more and more of himself, our perspective is changed from being focused on ourselves to on the Maker of the universe, the One who gives us life! While the more recent “1,000 Tongues”, originally from Frontiers, is as hymn-like a song as they come, where Andi powerfully reiterates the notion that Jesus is to be worthy to be praised, that because of what He has done for us, we can emphatically cry out ‘…o for a thousand tongues to sing the glories of our Lord, God Almighty, o to sing the Saviour’s praise, the triumph of His grace, You are worthy, You are worthy God…’. The other representative from Frontiers is “Exalted Over All”, led by Kyle Fredricks, and while this song doesn’t deviate at all compared to the live recording, the ardent prayer of thanks and gratitude to God, thanking Him for His ultimate sacrifice, crying out that ‘…one name is higher, one name is stronger, than any grave, than any throne, Christ exalted over all…’, is enough for us to stand in unity with Kyle, worshipping along and declaring in all times that Christ be praised and exalted over all. While “God, You are My God”, originally recorded by One Sonic Society, and one of my favourite songs from Vertical Worship ever, is present also. With God given the glory being the centrepiece once again in this worship offering; the crescendos in this song, as well as the loops in the percussion and the keyboard undertone, transport the listener into a place of honest communion between us and God. It doesn’t really matter who is singing the song, and how long it goes for. When you sing ‘…God, You are my God, glorious, glorious, God, You are my God, victorious, victorious…’ the atmosphere changes, and God shows up! That’s exactly what occurs here on this 5 minute track, with this infectious prayer led by Rochelle Burlock (or is it Meredith Andrews, or Lauren Sweeney-Smith, or Tara Rios- I’m not sure!).

Vertical Worship has done it again! With many bands/movements that have been impressing me of late, including Hillsong, Bethel Music, Jesus Culture, Passion, Desperation Band, Worship Central and New Life Worship; this group of musicians who are obviously hungry for Jesus Christ and His presence, stand tall amongst all of these talented men and women of God. It’s a tough gig, ‘competing’ with musicians who are equally as good, however Vertical Worship is sure to be around for a while yet. As I hope and pray that individual artists such as Kyle, Andi, Jake, Lauren and Tara create solo albums for us all to hear sometime soon, fans of worship music in general should not miss this fine and enjoyable worship experience! Well done Vertical Worship, and I look forward to the 5th live album, whenever that may be!

3 songs to listen to: Lamb Of God, Found In You, God You Are My God

3 songs to listen to: Lamb Of God, Found In You, God You Are My God