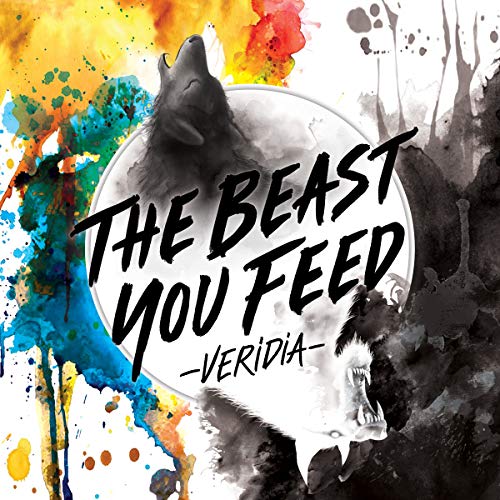 “…I am not sure if I’ll ever understand why some acts get that label [of being a Christian] and some don’t. We live in a time where people like Dan Reynolds and Justin Bieber openly talk and write about their faith and Twenty One Pilots and Paramore have even charted on the same Christian Rock charts that we have. None of them have a religious label on their art, but they do have something positive and powerful to say that the world wants to hear. I think any artist’s beliefs will naturally inspire what they create. I’ve just never thought of my faith as a marketing tool. It’s a part of who I am. We’ve actually never classified our music as “Christian Rock,” we have always been an Alternative band on all formats. We are definitely grateful for every stage, radio station, and platform that has shared our music – it’s given us an incredible fan base that has supported us through years of doing what we love!…” Releasing their breakthrough and critically acclaimed EP Inseparable in 2014 via Word Records, and building upon the increasing trend of more and more female fronted bands in the CCM industry (bands like Shine Bright Baby, The Letter Black, Icon For Hire, Fireflight, Barlowgirl, ZOEgirl, Addison Road, Point of Grace, 1 Girl Nation and Cimorelli have each shown us over the years that girls can rock out just as much as guys!); VERIDIA, comprised of Deena Jakoub (vocals), Brandon Brown (guitar) and Kyle Levy (drums), unleashed their follow-up EP Pretty Lies, on the back of their successful appearance at Winter Jam in 2015.

Fast forward 3 years later, and the VERIDIA you see is very different to the band signed to a label. For one fact, there is no more label anymore, as VERIDIA recently unveiled their first full length album The Beast You Feed independently about a month ago- which was funded through Pledgemusic. With “Still Breathing” unfortunately not making the cut on the 10-track project (why not make this album 11 or 12 or 13 tracks?); The Beast You Feed hits hard and delves into many different issues. Even if you aren’t a fan of hard rock, there will be something from the release that will inspire and encourage you. Going into this album though, I wasn’t really sure as to whether having no label would change the band’s sound or not. Yet one listen to “Numb” has me excited- as a consequence I sped through the remaining tracks, and what I have concluded is that The Beast You Feed contains some of the most vulnerable and confronting melodies of the year!

Vocally sounding similar to Dawn Michelle of Fireflight and Sarah Anthony of The Letter Black; VERIDIA, whose name is rooted in the belief of being true to oneself and never compromising on beliefs; offers us a confronting melody in the album opener “Numb” that has to be listened more than once- maybe twice or three times even, to fully grasp the concepts of the message they are conveying. And while it took me a while for me to understand what VERIDIA is trying to convey, this in-your-face anthem is necessary for us to hear, in a culture where we are all on our phones and on social media, feeling numb to the effects of technology and the effects of our habits and additions on society in general and on our relationships. With the band subtly calling each one of us out, conveying that the reason why everyone if so disconnected from each other is because we all are numbing our feelings through ‘feeling’ something fleeting and transient; we are left with a melody that is hard to hear but needed, and left with one of the most vulnerable and confronting songs from VERIDIA ever (according to their two revealing Instagram posts here and here!).

“Numb” tugs at the human soul, and encourages us to act like the very opposite of what the song is saying. As Deena sings out ‘…falling on my face will never faze me, I don’t need no one to come and save me, all I need is the rhythm to chase me, gimme more of it…’, feelings of sadness and anger flood to the surface. Living like we are super-reliant on technology isn’t the way to live, and the fact that that’s how it is, should make us want to actively change the status quo, starting with what is inside each of our hearts. If we don’t want to be numb to everything happening around us and even to our own subconscious feelings; then we need to be better, to be different and to step out in faith and be the change the world wants to see but doesn’t know it yet. If we are to be agents of change, it has to start with us. Do you really want to feel numb your whole life?

The rest of the album is a fun yet also intense ride, as we are privy to some of the hardest issues we’ve ever had to confront. “Cheshire Smile” carries on from “Numb”, in relation to the topic of being fake, as we delve into the notion of putting on a smile for everyone to see even if we’re not fine. As Deena powerfully declares that ‘…they’ll never know you’re hurting with a face like that, such a lovely denial, when you’re dying but you tell ’em that it’s not that bad…’, she subtly encourages us to be honest with our loved ones, even if it is messy; while metaphorical and allegorical “Feed The Animal” explores the notion of trying to find acceptance in the transient things of this earth, like words of affirmation and stuff which fades away at the end of the day. Pop/dance number “Savage” is sung from the point of view of a psychopath or a sociopath, as they accept the fact that their psyche means that they’re emotionally stunted, admitting that they’re someone no one would trust; while the first half of the project ends with the hard-hitting, emotional and personal ballad “Ghosts”, quite possible outlining a time when one of the members were shaken by a loved one’s demise, and kept ‘seeing them’ all the time.

If the first half of the album was depressing, in the sense that there were questions posed but no definitive answers, then the second half of The Beast You Feed is more inspirational. “I Won’t Stay Down” is personal for Deena as the track is inspired by a father figure in her life almost being killed and is now serving 16 years in prison for pulling a gun on a police officer- this song is Deena’s way of coping, yet provides us with hope also, as she declares with confidence that even though adversity knocks her down, she has to get back up and not stay down, keeping on going because it’s no use to anyone if she falls apart. “Reckless” follows and thematically is anything but dark, as we are glimpsed into a power-packed anthem declaring that we can live life to the full and be a bit reckless at times- not in the sense that we’re totally losing control, but in the sense that we’re living and loving unashamedly and with abandon, similar in theme to the song of the same name from Jeremy Camp.

Pop/rock offerings “Dopamine” and “Perfume” are weird titles, yet lyrically are some of the strongest songs on the album, as the former speaks about the love of Jesus and how ‘…whatever I want, whatever I need, You’re the only rush for me, You’re my favorite kind of dopamine…’, implying that Jesus’ love spreads throughout our body like dopamine does; while the latter EDM track is as close to a worship song as we’re going to get, as Deena ardently highlights the notion of Jesus’ presence permeating our everyday life like perfume, and each of us naturally wanting to know the source of that love, freedom and security. Yet it is the piano only “I’ll Never Be Ready” which wrecks me emotionally. Written about the loss of Deena’s father in March 2017, the lyrics speak about none of us ever coming to terms with the reality of losing a loved one, but also the reminder that all of our lives should eb cherished because they are so finite and so fickle. We do not know what is happening tomorrow- and while that is reason for us to live life as if there’s no tomorrow, we also have a responsibility to see whether we will be with Jesus in heaven after we die. If that answer is yes, then we have no reason to fear or worry. If that answer is no, we need to ask the reason why. And VERIDIA’s powerful ballad imparts us this knowledge- that while we may never be ready for a loved one to leave this Earth, if they know Jesus, then we can rest that we’ll see them again someday. Well done Deena and co. for a compelling song and album that is sure to be in my iTunes rotation for a while yet.

“…I think it’s important to stand for something, to believe in something, and to have open conversations about what we’re going through and learning in life. That’s what our songs are about, those conversations, the good, the bad, and the ugly…  Being vulnerable enough to say, “I am not ok, I am hurting, I feel alone, and I need connection.” Not every song we write is redemptive. Sometimes we’re just angry, heartbroken, or scared, and we need to write about what we’re feeling or going through, living in the tension or suspense of the moment, like in real life. In The Beast You Feed, the entire first half of the record is a confessional of some dark places during a really difficult time in my life, and the redemption doesn’t come until the second half of the record, but I had to get there first. I had to feel all that negative emotion to be able to fully appreciate the beautiful moments and people in my life when they came and to learn how to live in the tension with hope and gratitude. The sad thing about any genre or label is that there are stereotypes and they can automatically segregate or limit potential audiences. That’s why I love being Alternative, because we have a consistent edge, but we’re able to create an album where we incorporate all our musical styles and inspirations, inviting all different types of listeners into emotions and lyrics that are universal…” In my opinion, VERIDIA is one of the best female fronted bands I’ve heard, and I’ve heard plenty. Drawing plenty of comparisons to The Letter Black, Barlowgirl and Fireflight, musically, vocally and lyrically; Deena and her friends have called us to action, to be a light in a dark and fallen world, and to realise that our support for someone can make the difference between life and death, and can make the different between feeling numb and feeling alive, even if we do feel our pain and feel it deeply. With The Beast You Feed probing and asking question after question; encouraging us to be better as we live for God; I am eagerly anticipating listening to VERIDIA’s full length project straight through again, as I’m sure I will find more hidden gems and treasures along the way without the pressure of reviewing. I’m sure you all will feel the same too when you listen to the album. So check out The Beast You Feed– if you loved Inseparable and Pretty Lies, they you will definitely love this new project!

3 songs to listen to: Cheshire Smile, I Won’t Stay Down, I’ll Never Be Ready