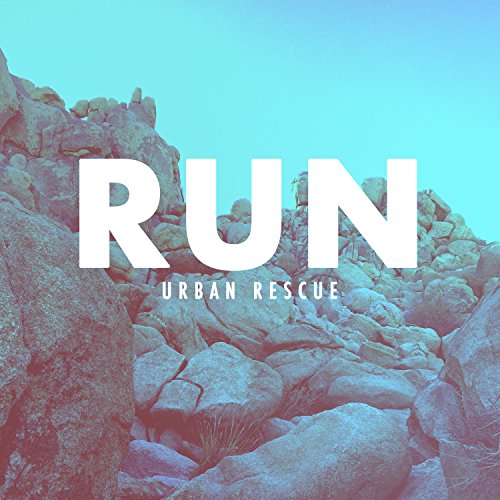 Urban Rescue. Fusing together worship and pop, spoken word and free worship, presented to us through their 2016 album Wild Heart, a collection of songs that are equally passionate and heartfelt, as they are very much artistically unique and stylistically layered. Wild Heart is perhaps one of 2016’s most ingenious albums I’ve heard in both the worship and CCM umbrellas since for KING AND COUNTRY’s Run Wild, Live Free, Love Strong. And while now Urban Rescue is a band famous for their songs ‘Alive in You’, ‘Song of My Father’ and ‘Never Stop’, along with promotional singles ‘Kaleidoscope’ and ‘His Name’; prior to their signing to (and subsequent leaving of) Rend Family Records, I hadn’t really heard much of the band, if at all. Nevertheless, knowing absolutely nothing about Urban Rescue before hearing their music wasn’t necessarily a bad thing. It’s something fresh and different and invigorating to hear something new, rather than listening to your favourite artist on and on, and often being disappointed because of cliché lyrics and production that sound seemingly average. Yet Urban Rescue, from hearing songs like ‘Never Stop’, ‘Song of My Father’ and my personal favourite ‘Up From the Ashes’; are so much more than just another ‘cookie-cutter’ worship band. This is a group who is passionate about what they believe, fusing together electronics with a heart of bringing people back to what they once were supposed to be doing- giving glory to the King.

A year and a half later after Wild Heart saw the band birth out to the world City Sessions (Live From Los Angeles), a live EP consisting of some of their chart-topping fan favourites from Wild Heart, alongside some new songs like ‘Freedom’ (which now is a song re-recorded by Kim Walker-Smith on Jesus Culture’s forthcoming live album due out in August 2018), ‘Walls’ (a duet with rap/hip-hop artist Derek Minor), ‘Holy Ground’ and ‘Unconditional’. ‘The Reason’, a studio new recording on City Sessions (for the rest of the recordings were live), was also another standout on the EP, as we saw lead singer Jordan Frye and co. deliver arguably some of the most hard-hitting lyrics I’ve heard and read in and amongst the worship music genre for quite some time. And so now in 2018, we see another offering by this revivalist band from Los Angeles- ‘RUN’. While I myself was actually hesitant about whether the band would continue, considering Jordan Frye’s blossoming solo career in the mainstream industry, this new offering from the band is assurance enough that Urban Rescue still has some work to do, and if the new album (or EP) is anything like this new song that has just released, then this band’s best work is certainly ahead of them!

Standing at 5:31, ‘RUN’ is a simple lyrical moment, yet still equally profound and prolific, as lead singer Jordan Frye relays to us through a behind-the-scenes video that the song was birthed out of writers retreat as he was dealing with fear and anxiety. This song is personal for lead singer Jordan and the band, as we are now blessed to hear some heartfelt moments about running to the Lord to satisfy our needs and hunger, knowing full well that even if and when we do run to the Lord, our fears won’t necessarily go away in an instant, but rather, the Lord will use our fears and worries to point more to Him, as we are shown more of ourselves as well as Himself in the whole process. As Jordan reminds us all through this song, ‘…Jesus says ‘come to me’, He tells to the guy in Mark Chapter 3 who has this withered hand, He says ‘stretch out your hand’. He wants us to take action; but once we do that, He doesn’t condemn us. It doesn’t matter where you are, it doesn’t matter what you’ve done, years ago, or yesterday or today. God wants to take you as you are right now, and He wants to let you start again right now…’ What a powerful sentiment and feeling that we receive from hearing this heartfelt and poignant melody, and one that’ll hopefully continue to minister to us in months and even years to come.

With songs throughout their music career that have brought together lovers of acoustic music, CCM and worship music alike, Urban Rescue’s new song ‘Run’ is a great way to begin the June/July 2018 period, with a powerful and emotive ballad. Up there with ‘You Say’ (Lauren Daigle), ‘The Breakup Song’ (Francesca Battistelli), ‘Just Give Me Jesus’ (Unspoken) and ‘Into Dust’ (Mack Brock) as one of my favourite songs of winter 2018 (winter because I live in Australia, in the Southern Hemisphere), the band is a must listen if you enjoy artists like Hillsong Young and Free, Rend Collective or Tenth Avenue North. While it still may be a few months before the band becomes popular to the point of Rend Collective or even Chris Tomlin, ‘RUN’ is written and performed with much grace, honesty and emotion, and is sure to be a step in the right direction for the band if they are to become noticed, by fans, other artists and management alike in the upcoming year ahead. With ‘RUN’ being the band’s first studio independent release (aside from City Sessions) after their Rend Family Records debut in Wild Heart, what we witness is a job well done for Jordan and the rest of the band. Can’t wait to hear more music from this group, and hopefully another full length studio album in the upcoming months ahead.