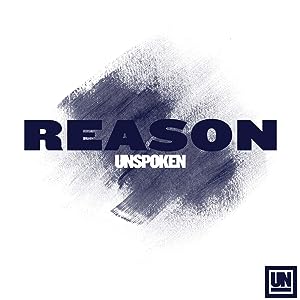 Unspoken have had quite a journey of late. Signed to Centricity Music, Unspoken have come a long way since their 2012 EP release 7 years ago. Fusing together hip hop, pop, soul, funk, acoustic, praise and CCM, Unspoken may be one of today’s most unique, energetic, interesting and powerful, even underrated bands that have spawned to life over the last few years. Mixing together a little bit of Salvador, Jimmy Needham, Shawn McDonald, Dara MacLean, Chris August and newworldson together to form one of the most engaging and life-filling music I’ve heard in years, this 5-piece band that formed all the way in the Dominic Republic, has been CCM’s bright spark in and amongst the lost sea of CCM that has been continuously played on radio nowadays. Since releasing their 2016 chart-topping successful sophomore Centricity Music album Follow Through (that spawned the radio hits ‘Miracle’, ‘The Cure’ and ‘Higher’, and even delivered a colourful and ingenious music video in ‘Open the Clouds’!), lead singer Chad Mattson and the rest of the band have reminded us that soul-pop has a place in today’s current sonic landscape and the industry of CCM at the moment. In 2018, they unveiled to us Just Give Me Jesus EP, which led to the powerful singles ‘You’ve Always Been’, alongside the title track. Now here in 2019, Unspoken have given yet another song, ‘Reason’, the title track from their new full-length album Reason being released in June 2019. Released as a single on March 29th, ‘Reason’ is the first single from the very much anticipated album from a group who has been, I reckon, sorely missed from the CCM industry. With Follow Through being one of my own favourites of 2016, I expect nothing less of this new album from the band, and if their 2018 EP (which include songs that may or may not be on this new album) and this new song ‘Reason’ is any indication, then this new album from this Dominican Republican band is sure to be within my top 10 albums come December 2019!

With the album as a whole, receiving assistance from producers like Tedd T., Chris Stevens and Jeff Pardo, alongside lead singer Chad Mattson himself; new single ‘Reason’ is as joyous and infectious as any soul-pop song that’s been done before as a band. Similar musically in style to Unspoken’s song ‘Open the Clouds’ from their 2016 album, Chad himself relays the band’s inspiration behind not only the song but for the album as a whole- ‘…every song on the album speaks to some different kind of emotion or struggle we’ve been going through, but every one has the idea that God’s love is the reason—it’s the reason we have everything needed, it’s the reason we can love ourselves, it’s the reason we can forgive, the reason we’ve made it this far, the reason we can look in the mirror and be confident, to know we’re gonna be all right. In the hard times, I’ve sometimes wondered ‘When is God gonna show up?’ But the truth is we’ve already been given the victory. That’s more than enough reason to believe, to persevere, to trust. This album is about sharing with people that you have a Reason…’ ‘Reason’ invites us all to partake in the realisation that God is the reason for everything that we do and undertake, everything that we believe and trust, everything that is in our being, comes from and is from God- thus, our reason to even exist in the first place. Melodically pop and full of fun, but also heartfelt and a message that is indeed needed for society, Unspoken are back with a winner with ‘Reason’, a song that’s certain to be on my iTunes playlist for months to come as we head closer and closer to Unspoken’s new album release on June 21st 2019!

‘Reason’ is a powerful song full of Biblical truths, but also is a song full of fun and just a joyous song we can all jam to, whenever we’re on long drives, or just in the home doing chores. Chad and co. have created a song that you can dance to, but also a song that you can reflect upon. And with a chorus like ‘Reason’- ‘…He put that hunger in your heart, He put that fire in your soul, His love is the reason to keep on believing, when you feel like giving up, when you feel like giving in, His love is the reason to keep on believing…’, what’s not to love about the song? Enjoyable and emotive, this song is certain to become the backbone of the album when Unspoken releases it in June 2019, as the band continues to assert their own place in CCM as they provide a different musical perspective in soul-pop. As Chad himself unveils, ‘…the thing about soul music, the roots of this type of music is tribulation, it’s trials, it’s desperation. It’s why all of us relate to gospel music in some way, shape, or form. The themes of this record come from seasons of trial and tribulation, so it only made sense to add some of these elements sonically. It’s what this album needed…’ If Unspoken’s music is any indication as to how soul music is like, then I’ll definitely be doing a lot of exploration of soul music both now and into the future. A great addition to CCM, a genre that sadly can be a little lost on people who are thriving and wanting more creativity in a ‘genre’ that is sadly lacking; Chad and co.’s ‘Reason’ is certain to be enjoyed by anyone who loves similar styled artists, like Jimmy Needham, newworldson, Salvador, and mainstream music icon Gavin DeGraw! Well done Unspoken for such a song like ‘Reason’, can’t wait for the full length album in June 2019!