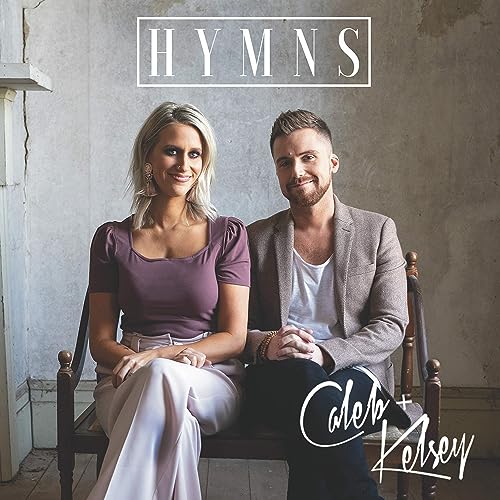 By now you would have probably known who Anthem Lights is by now. We’ve reviewed albums and songs from these guys many times throughout the existence of this site- and if you don’t know who Caleb, Chad, Joey and Spencer are, then I guess you ought to read our reviews on the band (on this one page here!)- but for those of you who can’t be bothered clicking on another link, let me just say that the quartet (Spencer Kane, Joey Stamper, Chad Graham and Caleb Grimm), have recorded plenty of stellar original songs and worthy cover melodies and medleys as well. Each of the four members have also tried their hand at solo material- and that is what I find most impressive of all. That they’re four guys who first and foremost are part of a group, but each of them has their own individual sound as well, and they each aren’t afraid to let the whole world know. And though I myself prefer these guys singing together as Anthem Lights, I reckon right now is the right time for me to talk about one of these members, and the album that released this past week.

One such member is Caleb Grimm, one of the four founders of the group (both Allan Powell and Kyle Kupecky were founding members also, before departing a few years ago for various reasons!), and recently he and his wife Kelsey (under the moniker Caleb + Kelsey) unveiled their hymns album, cleverly titled Hymns. On the heels of their Christmas album Christmas Together, their 2 worship albums Worship and Timeless Worship and their country album God Gave Me You: Country Love Songs; the husband and wife duo are treading where no man has ever gone before…no I’m only joking. Hymns have been around for ages- so are Caleb and Kelsey’s renditions of timeless classics unique and compelling enough to warrant multiple listens?

I guess you should know right off the bat that last year and also the year before Anthem Lights recorded 2 hymns albums- titled Hymns and Hymns II, while the quartet also released Christmas Hymns last year too. All of those albums were awesome, and it was great that I could hear all four vocalists singing in perfect harmony and singing to timeless classics that I knew and that I grew up with. If you want to read more about these three albums, you can check out the review here, here and here; but I guess the long and short of it is that Caleb and Kelsey’s release now seems unnecessary- given how similar it sounds to Anthem Lights’ hymn renditions. Granted, Caleb’s a part of Anthem Lights but still… technically and musically this project is great, and vocally both Caleb and Kelsey are on top of their game as they ever could be. Joey’s piano playing is superb, and the fact that this release is only piano adds to the intimacy. But something is lacking. I’m not sure what it is. Maybe it’s an over-saturation of the worship market, or maybe it’s because Caleb and Kelsey have recorded tons of covers and I am waiting for something original from the duo, or maybe I don’t resonate with the project because of other reasons I haven’t figured out yet. But nonetheless, Hymns can bless you, and that’s great. Yet it’s not that special in my opinion- hopefully that can change in the weeks and months ahead. There are other renditions of hymns that I have found more enjoyable (almost every song on WOW Hymns and on Jesus. Firm Foundation)- so I guess you can listen to these songs, but know there are other fantastic hymns too!

Sky’s the limit for Anthem Lights, and for each of the individual members. What does that mean for Caleb + Kelsey? Well I reckon albums will continue, and as long as these guys are enjoying themselves, they will continue for a long time yet. Hymns may not be that enjoyable to me, but I’m still going to keep up with these guys and eagerly anticipate what they have next. Hymns take on so much more power especially during the Easter season, so perhaps this album deserves another spin within the next few days. But one thing is for certain- for those of us who weren’t sure that Caleb and Kelsey were believers; well we know now- and if this record brings even only one person to Christ, then it’ll be worth it!