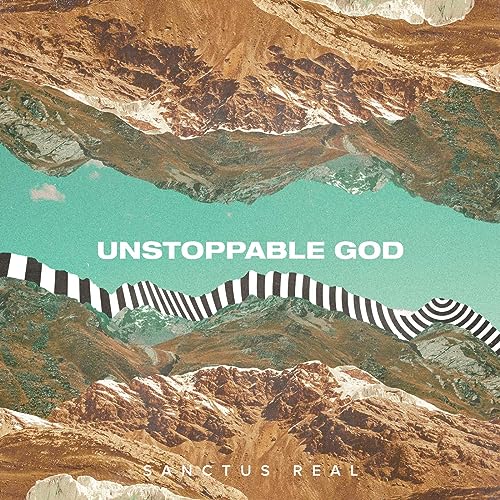 I don’t think that anyone can replace Matt Hammitt- his presence as Sanctus Real frontman exudes confidence, and as lead singer, Matt brilliantly built up a band from humble beginnings to wordwide stardom. But Dustin’s offerings here have proven beyond a shadow of a doubt (at least to me!) that God still wants Sanctus Real to continue, and though we all know the saying that the lead singer makes the band, in some cases, like this band, the band is bigger than any one member. Whether Dustin Lolli can maintain that fanbase of Sanctus Real, and continue to present us with relevant and heartfelt melodies in the years to come is anyone’s guess (but I am indeed hopeful and quietly confident!), yet from listening to these new songs, the future is looking way bright. I’m sure you all have your thoughts on Dustin’s elevation to lead singer of an already existing, popular and respected band, yet one final thing that I can say to you all (before I go back and jam to the entire Changed album yet again!), is to reserve your judgements until after release date in a few days. You may be pleasantly surprised by what you hear. I know I was!

A year on, and this concluding paragraph on my review of Sanctus Real’s Changed still holds true today. Today, on Good Friday, as the group have just released their ‘sophomore’ single “Unstoppable God” (no not the Elevation Worship cover, but a brand new song!). With bands that have had massive line-up changes, makeovers and overhauls mid-way through their career (and still lived to tell the tale about it!), the change from Matt Hammitt to Dustin Lolli was a significant one- it marked the end of an era and the beginning of a new one- given that Matt was lead singer of Sanctus Real since they started in the late 90’s/early 2000’s. Not to say that Dustin’s voice is bad, but there’s the familiarity of Matt’s stirring and eloquent voice that I still miss. Thankfully, hits were aplenty on Changed, with the title track, and the two singles “Safe In My Father’s Arms” and “Confidence” all piquing my interest, and eventually winning me over. Safe to say, my enjoyment level of all these songs a year later is still quite high, which brings me to “Unstoppable God”.

We’ve all heard of the sophomore slump in terms of music. The pressure of following up a fantastic debut with an equally moving and compelling second release, and fast- may cause up and coming artists to crack under pressure and release work that’s not their greatest, which could have been better had they taken more time. Everyone isn’t immune to this strange phenomenon, and it seems that Sanctus Real’s own slump has come in their second iteration as a band. “Unstoppable God” isn’t a bad song, but it’s not that memorable, and in the sea of worship artists (cause this song is a worship song!), this track will surely get lost. The ‘whoas’ in the chorus don’t do the track any favours, but one bright spot is Dustin’s powerful vocals which are haunting and chilling, and give me hope that whatever comes next after this will be more like the Sanctus Real of Changed (because you can’t hope for the days of Matt Hammitt, am I right?).

“…sometimes when we write songs, we write them right in the middle of our battle; a song of faith, or hope, believing that God will walk us through. Other times we write songs after we’ve come out the other side and we are able to look back and see what God has done for us and through us; a song of victory, of deliverance. ‘Unstoppable God’ is a song of thankfulness that God has never left us and that his plans are always better. We believe in a God who moves mountains, parts the sea, and gives hope even in the most desperate times. Though this song is a song of victory for us, we hope that it strengthens you no matter where you are in your battle. Our hope is in a God who doesn’t care what odds are stacked up against you. His love removes fear and allows us to live fully. Where does our help come from? Our help comes from our God and nothing can stop an ‘Unstoppable God.’…” If you guys are impacted by “Unstoppable God”, more power to you! Unfortunately, I find this song forgettable, but that doesn’t mean I’ll drop Sanctus Real! Rather, I’m going to support them even more and recommend this artist to quite a lot of my friends and family. Changed is a fantastic ‘debut’ album, and I hope and pray that their next album wows us all too. “Unstoppable God” is a let down in terms of a single, but if it still keep people talking about the band in a positive light, then I guess the song’s done it’s job.