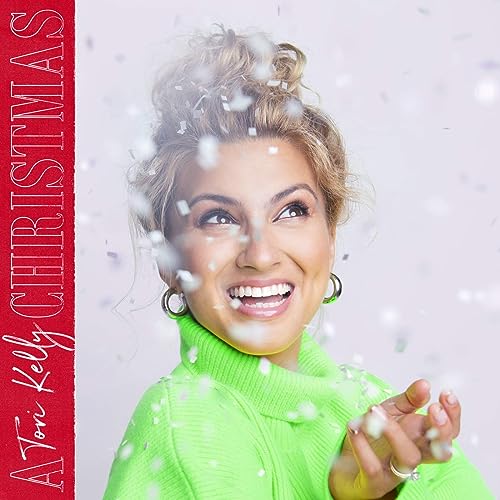 Tori Kelly has been in and around the music business for quite some time, from her humble beginnings as a singer-songwriter with her 2015 album, featuring radio singles like ‘Should’ve Been Us’, ‘Nobody Love’, ‘Hollow’, ‘Unbreakable Smile’, and ‘Something Beautiful’, amongst others, then moving onto her gospel-infused second album that featured collaborations with gospel sensations Lecrae and Kirk Franklin on ‘Masterpiece’ and ‘Never Alone’ respectively. Tori has been unashamed about her Christian faith, and though primarily within the mainstream music industry, she’s won the respect of many people in that circle of music, even if many of them may not necessarily share the same faith as her. She’s also lent her voice in various acting gigs- namely her most famous role thus far was a voice in the 2016 animated movie Sing, about anthropomorphic animals living in human conditions- Tori herself lend her voice to an elephant with stage-fright, and throughout the film, Tori acts and sings with such dignity and poignancy, making her parts in the movie, I reckon, the brightest sparks of an already powerful and emotive movie, especially it being an animated form. Tori’s presence in culture, media, music, movies, and the like, has made her an influential part of the last 10 years or so, and while she has never declared a turn-or-burn message when it does come to her Christian faith, what we have seen is her boldness to stand up and declare her own convictions in a way that gains her respect. She’s basically been a role model for many people; and has quick become one of my favourite newer music artists within the last few years. and so it was intriguing and exciting to see Tori release her first holiday/Christmas-carol themed album, titled A Tori Kelly Christmas that unveiled to us in October 2020. While a vast amount of these songs, are in fact songs we already know and expect to be sung during this holiday season; what Tori herself has created in this album is a jazz-infused gospel-tinged album similar to the musical leanings of her 2018 album Hiding Place. With Tori herself bridging the gap between gospel music and ‘secular music’ with her career thus far, this Christmas album is a must, if you’re a fan of Tori’s music herself, or want to see arguably one of the most underrated vocals currently, present an album that is sure to cross genre boundaries in the upcoming weeks and months ahead.

Amounting to 13 tracks (15 if you’d include the two songs exclusive to Target), Tori Kelly’s Christmas offering is a eclectic mix of songs we know and songs we don’t, of Christmas carols and holiday tracks, of upbeat songs and reflective melodies, making this album one of 2020’s most unique. And while at this point in my Christmas-album reviewing in 2020 (after reviewing albums from Delta Goodrem, Pentatonix, Tommee Profitt, The Goo Goo Dolls, Chris Tomlin and Phil Wickham), it’s actually reached a little bit of a saturation point for me, I’ve nevertheless enjoyed the original songs (and the Christmas carols) on this album way more than the holiday music. Maybe I’m not really the best judge when it comes to reviewing this album- I’m not really much of a fan of jazz music if I had to be honest, and thus a lot of the holiday-themed tracks that venture on the jazz side seemed a little too reflective, and maybe a tad boring, to me….regardless, from an objective standpoint, A Tori Kelly Christmas is good, and people who enjoy jazz and gospel should in fact pick this album up, pronto. A lot of the songs that work well in a jazz setting are here- ‘Christmastime is Here’, ‘Silent Night’ (which arguably is the carol that everyone covers the most!), ‘Sleigh Ride’, ‘Let It Snow’ (featuring producer Babyface on collaborative vocals) and ‘This Christmas’ have all been fan favourites of people throughout the years; and are all present on this album with such passion and enthusiasm. My favourite carol, ‘O Holy Night’, is also present on the album, and Tori herself does the song justice in reaching a very high ‘high-note’ and making this song one of the most emotive and impactful renditions of the track in recent memory, whilst other carols ‘O Come O Come Emmanuel/O Come All Ye Faithful’ and ‘Go Tell It On the Mountain’ are also tracks that have become some of my favourite carols of late- and are all present here on A Tori Kelly Christmas. While I may have expected both ‘O Come O Come Emmanuel’ and ‘O Come All Ye Faithful’ to be two songs instead of one medley, Tori nevertheless declares these two songs out, with power and vocal prowess. Her vocal presence on this album- especially the carols and original material, is nothing but unparalleled- Tori’s vocals are insane, as we see this young artist come into her own and become a force-to-be-reckoned-with, especially after hearing the songs on this album. ‘Go Tell it On the Mountain’, a song that for me will forever be perfected as a cover track from southern-rockers needtobreathe, is also cleverly covered by Tori, singing verses that I myself didn’t even know existed before- her rendition of it coming in second to needtobreathe’s.

‘Hallelujah’, a cover of the very famous song by Jeff Buckley and Leonard Cohen, is given a sombre rendition by Tori, complete with string instruments and Tori’s powerful vocal making this track almost like a worship song, to the Lord, declaring hallelujah in all circumstances, not just in the great ones. While the song itself was written by Leonard, a man of Jewish faith, the song itself has taken a turn to become synonymous with both the Jewish religion, and Christianity. ‘Hallelujah’ I reckon is by far one of the most emotive and heartfelt songs I’ve heard, period, and this rendition from Tori is one that allows space for worship and declaration, something that people may not associate with a Leonard Cohen song, but still do, because of ‘Hallelujah’ and its impact on a global scale. ‘Joy to the World/Joyful Joyful’ is the other medley on the album- and while I myself may have wanted a little more ‘Joyful Joyful’ (considering this ‘Joyful Joyful’ sung by Tori is in fact from the highly underrated movie Sister Act 2), and maybe Tori herself delivering the Mariah Carey version of ‘Joy to the World’ instead (a more popularised and in fact, more joyful and catchy version of the song compared to the original), what nevertheless resulted from this medley is one of enjoyment as we see a medley ended too soon at 3:41- maybe it’s time to listen to ‘Joyful Joyful’, the Sister Act version, in its entirety after this? Tori then rounds out the album with two original tracks in ‘25th’ and ‘Gift That Keeps On Giving’, the former being an appreciation song, herself declaring that Christmas won’t be complete without having her loved ones with her on the special day, while ‘Gift that Keeps On Giving’ reminds us all that it is the love given to us from our loved ones (and from God) that keeps on giving throughout the year, and that it is the relationships that we have with people, is placed more as an importance than the physical things we get during Christmastime. Both ‘25th’ and ‘Gift that Keeps on Giving’ deliver vibrancy and enthusiasm, injecting a new sense of life into this album, and while I may have wanted more original songs, what has occurred on A Tori Kelly Christmas is something unique and wonderful, lyrically profound, and heartfelt.

‘…I think it’s going to be this kind of exhale moment [Christmas]. Like, wow, we made it to the end of the year. And hopefully next year is a little better. I also hope that this album can just put smiles on people’s faces, you know? I want it to hopefully bring hope and light to people since, obviously, it’s been a pretty crazy year, to say the least. So I’m hoping this can just be my small contribution to the world, my gift to everybody this year…’ This is an album worthy of listening to on repeat for quite some time- in fact, a lot of Christmas albums from this year, are. Tori’s passion and faith in Jesus are to be commended, and this album shies not away from her faith, but towards it. While I myself have been needing to take some time to get used to the gospel-jazz slant this album has, Tori nevertheless has invited us all on her musical Christmas journey, one that has allowed us to enjoy one of the most underrated vocals within the last 10 years or so. Well done Tori for such a powerful album, one of worship and fun, all rolled into an album bundle. Looking forward to whatever God has in store, in the upcoming weeks/months ahead.

3 songs to listen to: 25th, Gift that Keeps on Giving, O Holy Night