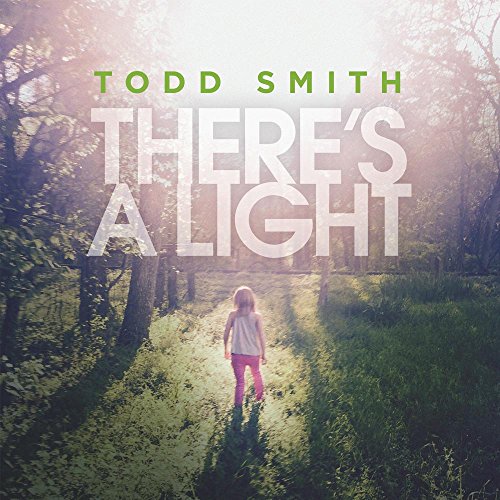 Signed to Curb Records, Dove Award winning CCM vocal trio Selah have recorded many albums since 1999. With heartfelt melodies and soft piano pieces moving us into communion with Jesus; Allan Hall, Todd Smith and Amy Perry each sing together in harmony, praises to Jesus, as they also eloquently, powerfully and beautifully bring to the fore words of encouragement and impact. A couple of years ago, as Selah released their album You Amaze Us, both Allan Hall and Amy Perry unveiled solo albums (Work Of Love and Glory All Around respectively) to moderate success, though these two albums were not as successful as the trio’s album which released shortly after. Now fast forward to 2016, and the band have unveiled Greatest Hymns Vol. 2, however this time Todd Smith has tried his hand at a solo effort (a pop/worship offering titled There’s a Light, releasing on the same day as Selah’s new hymn project).

Stylistically similar to Selah’s offerings, in the sense that we hear Todd’s distinct, honest and emotional voice delivering God-breathing and Holy Spirit anointed worship melodies, yet also different musically as we hear more pop and CCM radio material than we could ever hear on a Selah album; Todd’s latest batch of 11 songs- his sophomore project (his first solo album released in 2004! – definitely packs a punch and provides us with plenty of relevant issues to ponder. With Todd wowing us with his inspiring and captivating voice, and inviting us to be in communion with our Father and our Saviour, all of these 11 soothing, contemplative, as well as upbeat tracks, have shown us that Todd is one of today’s most underrated yet encouraging male vocalists (probably alongside Andrew Peterson, Manwell from Group 1 Crew and Chad from Unspoken!). Hopefully this album can gain Todd (as well as Selah), more fans and more recognition. With a strong vocal similar to Bart Millard from MercyMe or Mark Hall from Casting Crowns, these tracks are fit for singing at church in a corporate setting; and no doubt after this album people will be taking notice of Todd Smith’s name from now on! A joy to listen to, I think this album is set to be in my top 25 albums list come the end of the year.

Opening the track list is the compelling, stirring and catchy 3-minute acoustic guitar led debut single and title track. As Todd passionately declares that ‘…when the darkness fills my life, when my faith is running dry, when my heart is on the ground, I listen to the sound of the beauty in the night, of creation shining bright, the sun, the earth, the moon, the stars, it’s who You are…’, we are gently reminded of the fact that even in our lowest of low, that Jesus is with us, guiding us to His presence and peace beyond all understanding.

Declaring that ‘…there is peace that flows like a river, Jesus Christ has set us free…’, Todd’s short but impacting, punchy opener that doesn’t hold anything back, is refreshing and sets the tone for the rest of the album, which is in parts mellow and exceedingly joyful, or both at the same time. And as the second track “Jesus Is” proves, as well as the remaining 10 tracks, a song can be both cheerful, happy and danceable as well as contemplative, reflective and emotional. Displaying his prowess as a songwriter and as a singer, Todd eloquently reminds us through this album that Jesus is our light, through relevant examples, and some of which are quite intense and sometimes sad. But as the title of the album suggests, there is always hope in the darkness, and these songs have a silver lining to them in that Jesus is present, and He can and will carry us through our darkest moments.

Written during the midst of Todd’s father being diagnosed with leukaemia last year, Todd fervently echoes the honest statement in “Jesus Is” that Jesus is constant throughout the ages, and He is to be trusted no matter the circumstances surrounding us at a particular point in time. Though sung as a CCM single, with plenty of synth and guitars and accessible lyrics, there’s no denying the raw and brutal emotion behind Todd’s words, nor the sincerity of the fact that Jesus is who He says He is. Hopeful and challenging at the same time, and also refreshing and life-giving, Todd has delivered a powerful anthem that once again has me chomping at the bits to listen to more inspiring melodies.

While the Martin Smith covered worshipful and piano led “Song Of Solomon”, inspired by the book Song Of Songs in the bible, was a nice addition and a surprise to me, as Todd makes Martin’s version his own, with the song being led by guitars here rather than keys in the original recording. Highlighting that Jesus loves us immensely that that He will search for us and pursue us ‘…over the mountains, over the sea, here You come running, my Lover to me, oh, through the valleys, through the dark of night, here You come running, to hold me till it’s light…’, we are glimpsed into the enormity of the love of God, which baffles even my mind when I think about it too hard. Todd also delves into the topic of being still in the presence of God, rather than filling our lives with the ‘noise’ that is present very much in this world in “Be Still”, a mid tempo ballad led by keys and guitars, as Todd earnestly mentions that Jesus is present in all creation, and even in the silence just as much as the everyday hustle and bustle. Sometimes we don’t often stop and just be present with God, without any distractions, and Todd brilliantly encourages us to do so in this unique and probably confronting melody.

The piano led moving and Selah-like “Right Where I Belong” has Ellie Holcomb singing on backing vocals, and focuses on the theme of being at peace where you are right now in every facet. Though sometimes we can feel as if we cannot be at peace due to outside influences and situations, Todd and Ellie ardently relay to us in this song that we can know that God has it all together, and His plan is perfect, from promises mentioned to us time and time again in the Scriptures. Sure to provide comfort and relief, Todd and Ellie have crafted a beautiful and intricate worship piece that has the makings of becoming a big hit in the future.

While the captivating story-in-song “Dimitri’s Song (Jesus Is Alive)” retells the harrowing true story of a Russian pastor being imprisoned for 17 years, and the aftermath of Dimitri’s subsequent release from prison, inspiring us to stand up for what we believe in, no matter the cost; and the mid-tempo piano and acoustic guitar led ballad “What Are We Living For” poses question after question, as Todd fervently asks us very directly ‘…if we have only one life to live, what are we living for? If we have only one left to give, let’s give glory to the Lord, let us fall down on our knees, there is so much more in store, let’s fight off the darkness, rise up, what are we living for…’, a melody sure to make some people uncomfortable, but a melody necessary nonetheless as our perception of how we live our lives are drastically altered and turned on its head.

Guitar led worship ballad “Revive Us” features Todd at his most vulnerable, as he passionately and eloquently asks God to revive us again with His Holy Spirit, showering us with His presence, so that we can know of His love and spread the good news to everyone we meet; while the penultimate track “We Will Rise” brings the tempo back down again, as one of my favourite melodies from There’s A Light, driven by light keys, reiterates the fact that with Jesus in our lives, we can and will rise above any adversity, because of He who is in us who is greater than anyone else in this world. Yet it is the album ender, the piano led call-to-action and ballad “Calling All Fathers” that is sure to provide the most discussion as the most thematically layered song recorded this year (in my opinion) directs plenty of questions to fathers and men in general. As Todd encourages us to look inward as men of God and examine what we are teaching our children, he also highlights that we need to embrace the roles God has presented to us, and men should provide accountability to their brothers in Christ. With the lyric video of the song already connecting with fans, translating into plenty of views on social media sites; Todd is to be congratulated in bringing a meaty and delicate topic to the forefront that would otherwise gone not talked about.

What could you ask for more in a sophomore solo album, from one of today’s most passionate and inspiring vocalists? With Todd Smith’s There’s A Light, you have inspiring and moving piano led ballads, rousing and captivating mid-tempo worship songs, and a few upbeat tracks for variety. While this is definitely not a sign that Selah is breaking up, There’s A Light has convinced me that Todd will certainly be recording many more albums to come, even if Selah decides to call it quits (but I’m definitely not hoping that they do!) A must for fans of worship music, you cannot go wrong with Todd Smith’s There’s A Light! Now…time to listen to Greatest Hits Vol. 2 from Selah!

3 songs to listen to: There’s A Light, Song Of Solomon, We Will Rise