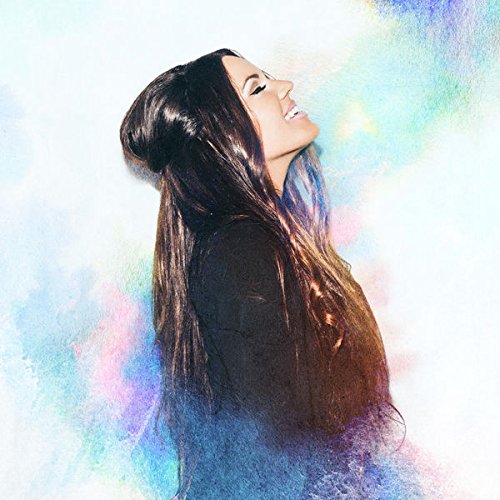 One of today’s most musically diverse and popular CCM singers and songwriters not signed to a major label; Rebecca Shocklee, or better known by her stage name as Beckah Shae, has taken the world by storm over the past few years in terms of her contagious love for Jesus, and the relevance each of her songs has for this generation, musically, lyrically and thematically. Signed to her independent label Shae Shoc Records, there are plenty of encouraging melodies, inclusive of singles such as “#putyourloveeglasseson”, “Incorruptible”, “Heartbeat”, “Pioneer”, “Here In This Moment”, “Your Presence”, and “Overflow”, which showcase Beckah’s prowess as a songwriter as a singer and a conduit for displaying God’s love through song to the public. The latest album Mighty, funded through Kickstarter, is no different, as Beckah inspires us to wholeheartedly live for Christ because fo the fact that He is mighty, and He loves each one of us so much. One of my favourite albums/EP’s of the year (is 8 tracks a short album or a long EP?); you will not go wrong with Beckah’s captivating and lavish work of art, as we are immersed in the presence of our Lord and Saviour, and fall deeper and deeper in love with Him.

The album opener, which is the groovy, also a jazz and brass instruments inspired title track, flows on from the album’s first single in terms of subject matter, with Beckah once again praising God for His eternal qualities, seeming to be a running theme in the album. As Beckah passionately reiterates and poses the question ‘…who can move a mountain, split the sea in two, or make it rain or shine, turn the darkness into light, only God Almighty, He’ll take a nation down and raise it up again with one hand and have a party, He can, cause yeah, He’s so mighty…’, we are once again encouraged to examine our core beliefs, about whether we believe God to be as mighty and powerful as He says He is. Well done Beckah for these thought provoking and hope filled anthems that have me praising God for who He is.

A listen through the rest of the album brings a sense of listening to a 60’s or 70’s themed album, with plenty of brass instruments and jazz/gospel/funk/r&b musical undertones scattered throughout. “Source Of Life” in particular sounds like it could have been recorded in the 60’s, with catchy light electric guitars and explosive saxophone anchoring the encouraging melody, as Beckah deftly highlights that we should all guard our hearts from anything untoward this world may throw at us, because it is out from our hearts that flows the source of life- it is our hearts that feel and make decisions, so we should be careful in what we do every day that could be a detriment to the impact on our hearts; while “It’s Well”,  once again has brass instruments at the forefront, with hand claps and a soul/gospel musical undertone, and has Beckah ardently delving deep into the themes explored in the timeless hymn “It Is Well”. A personal favourite song of mine in Mighty, “It’s Well” highlights the undeniable fact that no matter what happens in this life, everything is still well in our soul, as ‘…where He goes I’ll go cause it’s the only place I know, it is well, yeah, He is in control, what He says I’ll say ‘cause I know it’s the truth, it is well, He’ll makes all things new…’. While another uplifter and encourager is the 3 minute gospel infused and hand clap and prominent “Hold On”, as Beckah channels her inner Mandisa and Nicole C. Mullen, relaying to us that we ought to hold on and keep fighting the good fight, because God is with us all the time, and even the unwelcome things that happen in our lives can and will turn out for good- as God orchestrates everything that happens for His glory.

The acoustic guitar driven “Wolves” is a warning of sorts, and probably the most confronting melody of Beckah’s career has her informing us of ‘wolves in sheep’s clothing’ and false prophets who may look like preaching God’s word on the surface, but in reality are leading His people astray with false teachings and shaky doctrines and theology. It may be uncomfortable to hear for some, but I reckon that this song is necessary for us to listen to in order for us to have our faith strengthened, as we rely fully on God rather than what those around us tell us how we should live for Christ.

The penultimate song on Mighty is “See Ya Soon”, where Beckah reiterates the fact that we will be seeing Jesus soon either after death in heaven, or when He comes back to earth for the Second Coming. Either way, we will see Jesus’ face in all of our lifetimes, so this melody is something that should encourage, as we long to see our Saviour, Lord, Father and Friend. Yet it is the album ender “Hope Lives”, a piano focused mid-tempo ballad, that really pulls at my emotions and my heart, and I know will impact others too. As Beckah inspires us and reminds us all to ‘…. hold on, He’s got you, sometimes it feels like the end, look again, ‘cause it may just be only the beginning…’, we are presented with an inspiring melody that eloquently points out that God has everything in the palm of His hand, and He’s not gonna let us go. What a promise that we can hold onto, and what an album from Beckah that will definitely be on my iTunes playlist for a long time yet!

What more can I say about Beckah Shae’s album Mighty that I have not mentioned already? Though there is only one nit-pick (it’s rather short at 8 tracks- maybe 4 or 5 more would have been sufficient…), Beckah has otherwise recorded a stellar album full of heartfelt and inspiring messages, and vibrant worship songs to God, against a backdrop and genre of music that she doesn’t usually record that much. But thankfully this soul/jazz/gospel/r&b/funk album works, and I encourage you all to hear something Beckah hasn’t really done before. With the album dropping on the same day as needtobreathe’s HARD LOVE, some would say that this album would fly by under the radar and no one would notice it, however I reckon that in time, Beckah’s album will be one of the most influential of her career. So what are you waiting for, dive in and listen to “Mighty”, “I’ll Be Alright” and the rest of the 9 tracks on this short, but punchy album, which will pass in no time, but will have you wanting more from this popular and respected independent singer/songwriter!

3 songs to listen to: I’ll Be Alright, Mighty, Hope Lives