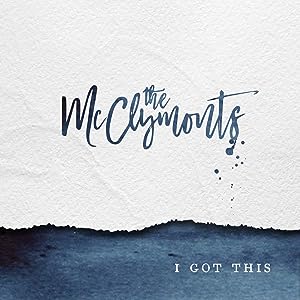 Country music has always been an acquired taste of mine. I’m much more of a CCM/pop music lover at heart, but ever since last year when I ventured on a blog post series that was as daunting as it was eye-opening, that I found myself enjoying country music from artists like Carrie Underwood, Martina McBride and Rascal Flatts to name a few, as I compiled my personal top 100 inspirational and influential artists in modern music history. One of such artists on this list of mine that I ventured into the realms of is The McClymonts; an Aussie country trio that resembles, according to many fans online and people just drawing comparisons, that of the Dixie Chicks of America. While I haven’t heard Dixie Chicks or their music…yet; I have heard The McClymonts; and I have thoroughly enjoyed their music so far. They’re relatively underground only impacting the Australian market as of now, but as I’ve heard more and more of this unique sister trio, and their uplifting and often times challenging songs, I can attest that whatever the genre, God can indeed use whomever the band, and whomever the artist, to affect, impact and encourage. The McClymonts are one such band, and quite possibly one of the most underrated in terms of all of Australian music history, inclusive of both mainstream and Christian alike.

Releasing 5 albums thus far in their illustrious 13 year career, it can be expounded upon about The McClymonts’ influence here in my blog post. As of 2020, the band has released a new song titled ‘I Got This’, and is a similar theme, but different, to the Love & The Outcome song ‘You Got This’ that premiered digitally last year sometime. In the song released last year by the Canadian duo, we get a sense that that particular track is reminding us to cast all our cares upon the Lord and trust that He indeed has ‘got this’, knowing full well that whatever happens will indeed be used by the Lord to shape us into our good and for His glory. In contrast, The McClymonts invite us to peel back the layers into the struggle of motherhood, fame, stardom and just juggling a lot of different hats at once. Brooke, Sam and Mollie McClymont showcase such relevant and poignant honesty as this track, albeit a short one standing at a bit over 3 minutes; makes up for it with lyrics that strike hard to the bone. Brooke declares from the outset that ‘…I trust my head more, that I’m older, but at times my heart gets in the way, I’m pretty good at staying sober, but that ain’t set in stone most days, I’m in control until I blow my cover away, I try to keep it all together, I swear I do, I do…’, lyrics that underpin I’m sure what people are indeed feeling- that we need to have it all-together, all the time.

There’s a notion amongst society that appearances and image are far more outweighing than what we really feel and think, to the point where we need to fake being fine while suffering in silence. Juggling between careers, being parents, taking care of the household, just all the things we think we need to be, to try to be all of those for everyone can be a drag, a bore and an effort at times. This song allows us to hear a voice been given that reflects our inner turmoil at times. The McClymonts remind us by singing repeatedly the words ‘I got this’, almost like they are convincing themselves half the time, that we don’t need to convince ourselves that we need to have things all-together. In fact, we don’t. We can fall apart. We can cry. We can allow love and grace to take hold and for us to rest in the fact that performance and results doesn’t have to be everything. Because we’re not Superman or Batman or the Green Arrow or the Flash. We don’t have to be. And such a song as this is giving us permission to be able to be on a journey through life, complete with our screw-ups and imperfections, knowing that God uses even the unlikeliest and unassuming of people to give words of affirmation, encouragement and help to others who may be in the same boat. A song that I’m definitely going to play on repeat in the future; well done Brooke, Mollie and Sam for such an eye-opening song about what it can really feel for people in the spotlight. Looking forward to a full-length album from you all, whenever that may arise!