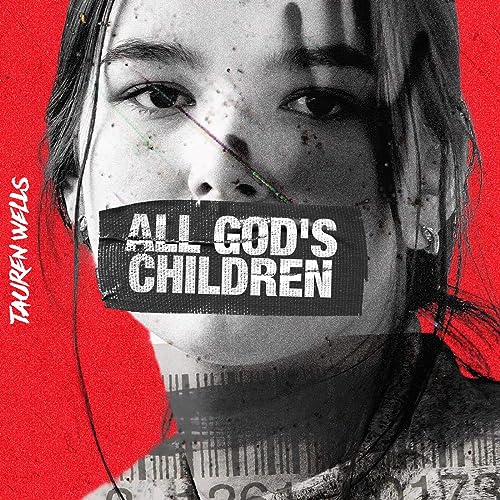 Tauren Wells is no stranger to music. After spending years as being the front-man of the moderately successful CCM quartet Royal Tailor in the early 2010s, a band that delivered powerful songs like ‘Remain’, ‘Ready Set Go’, ‘Making Me New’, ‘Make a Move’ and ‘Hold Me Together’, to name a few; after selling out arenas and going on tours with other artists like Capital Kings, TobyMac, and Building 429; the band decided to ‘go quiet’. They stopped touring. And while no official statement was made about the disbanding of the quartet until Tauren stepped out and released a new single, his first as a solo artist; it was unfortunate to see the band travel their separate ways, even if it meant for them to explore the other avenues that God had in store for their lives. While I reckon Royal Tailor’s best album was still to come, we would never know. Nevertheless; Tauren and his band parted ways, and Tauren Wells is still making music. He released his long-awaited ‘debut’ solo album titled Hills and Valleys in 2017; that produced standout songs like ‘Love is Action’, the title track, alongside poignant numbers ‘Never Gonna Let Me Go’ and ‘When We Pray’. Fastforward to 2020, and Tauren also released his ‘sophomore’ album (not counting the ones where he’s lead singer for Royal Tailor!) in Citizen of Heaven; with the sound of it being much more JT-like or even MJ-esque than ever before. Yes, Tauren’s music borrowed (for Citizen of Heaven at least!) a lot musically and stylistically from his mainstream contemporaries like Justin Timberlake and Michael Jackson, and that isn’t necessarily a bad thing. With songs like ‘Miracle’, ‘Famous For’, ‘Like You Love Me’ and ‘Until Grace’ being the highlights from Tauren’s latest full-length album; we are reminded through this musical offering, that music is music, and if God can speak through the unlikeliest of heroes in Balaam’s donkey or a burning bush, then He can certainly speak through MJ or JT, or Tauren’s new album as well. Now here we are at the beginning of 2021, and Tauren’s new offering is in the form of a single titled ‘All God’s Children’- a song that highlights human trafficking, especially child trafficking. While the song may be from a forthcoming album, or just a song recorded by itself, ‘All God’s Children’ is a great reminder of what role we know we should play in ridding the world of trafficking, one child at a time!

‘…It has been estimated that as often as every two minutes around the world, a life is being bought and sold as if it were merely a commodity to be traded. Human beings – image bearers of God – are being captured, exploited, and bound as modern-day slaves. I knew this was happening but the reality didn’t grip my heart until about six months ago when God started really placing this issue on Lorna’s heart. She shared a video of Blake Lively exposing the tragic realities of the sexual exploitation of children and I was deeply grieved in my spirit. I knew we had to do something. Anything. A few weeks later as I was considering what to do, I saw Tim Tebow posting a lot about what they’ve been doing for the past 12 years to fight for people in slavery and I knew this was the first step for us…not to start our own fight but to join his! Tim felt like they needed a song that could raise awareness, move people to action, and be sung as a truth over every life. That’s what brings us to today. The release of “All God’s Children”. When you listen, stream, and download this song, you are literally setting captives free. How? 100% of revenue is going to the Tim Tebow Foundation in their ongoing fight against this pervasive evil in our world! THIS IS OUR FIGHT!!!…’ ‘…January is Anti-slavery and human trafficking awareness month! This prompted the urgency around getting my new song ‘All God’s Children’ out quickly!! You can educate yourself and join the fight at timtebowfoundation.org! This is our fight ‘til every life is set free. A desire for God that is expressed through worship but does not include a heart for justice does not capture the full nature of worship. That’s why Jesus adamantly and repeatedly connected the ideas of loving God AND loving your neighbor. He even hung the entire intention of all the prophets and all the law on that singular but mutli-dimensional truth. So, let’s worship God fully by caring deeply about the injustices in our world and do our part to help…’

‘All God’s Children’ is a song that, by reading these Instagram posts from Tauren himself, doesn’t really need much more of an explanation of the song. The song is one of hope, of longing, of wanting to rid the world of this evil that has permeated business throughout the world, and yet, there hasn’t really been a song since Matt Redman’s ’27 Million’ that has tackled human trafficking head-on…until now that is. This is definitely a must-listen if you’ve been a fan of Tauren’s music previously; or want to listen to a song that can hopefully stir our souls to action as we long to make the change ourselves to the system, as we put into place situations and circumstances, so that people don’t fall into trafficking into the future. ‘All God’s Children’ reminds us that the people in slavery and trafficking situations, are also God’s children also, and that they are just as much cherished, prized, honoured and loved as each of us. Tauren has done a great job here, and that even though we may never know why or how the band Royal Tailor broke up, that doesn’t mean that the members (or in this case, the lead singer) also disband from music as well. Just like how Peter Furler continued music after his own departure from the Newsboys, so has Tauren Wells shown us that his time serving the community and ministering to others through music is not done yet. One of my favourite songs of the 2020 period? Most certainly. Well done Tauren for such a powerful hopefully life-changing song; and one to listen to if you loved Hills and Valleys, Citizen Of Heaven, or someone who just wants to be inspired by music, to act to rid trafficking, ASAP.