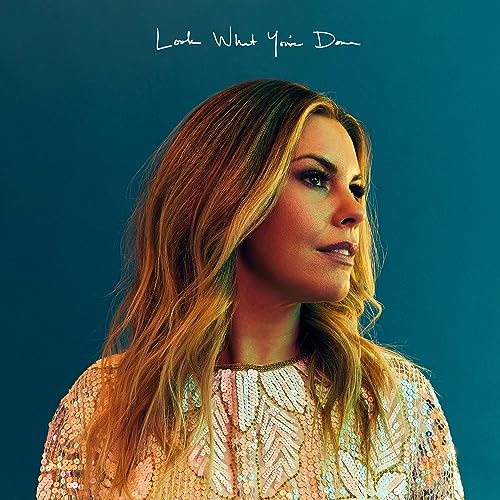 Way back at the end of 2018 (so just over 2 years ago now!), BEC Recordings signed worship leader Tasha Layton – the latest artist in what seems to be a signing spree. Matty Mullins, Stephen Christian, Jorge, Aaron Bucks, River Valley Worship and London Gatch were all presented a spot on the label in 2017, while Brian Ortize, Free Worship and Battledrums were signed to BEC Recordings in 2018. Yet this doesn’t mean Tasha was added to the roster just to make up numbers nor for the sake of it. Rather, with Tasha’s debut EP Love Running Wild scoring a 5/5 rating, and me enjoying her brand of worship-pop music very much; let me just inform you all, that Tasha’s joy and effervescent love for Jesus has shined through on very song she has released. With Tasha’s vocals being simply extremely powerful and strong, moreso than any other debut artist over the past few years in my opinion; Tasha unveiled Into The Sea, an EP that my brother Jon reviewed, and a release that further confirmed my assertions of Tasha being one of todays most inspiring worship leaders. The release of “Look What You’ve Done”, a brand new inspirational single, further reminds us of Tasha’s staying power and songwriting prowess- in a CCM industry that needs revamping, Tasha’s worship melodies are a breath of fresh air, as I am continually in wonder of a God who loves me unconditionally and calls me to be in relationship with Him!

This song is such a testimony to God’s transforming power in my life. It was a privilege to write it with a great storyteller like Matthew, as well as my husband Keith and my friend AJ. The beautiful thing about my story is that, in many ways, it is every believer’s story: that God, in His great mercy, digs up the lies that bind us and replaces them with His truth. I will never get over His faithfulness!

There have been times in my life when I thought I was broken beyond repair and it seemed as though shame had won. Sometimes, however, that pain we feel is God growing us. Sometimes the pain is actually God digging up the roots of lies we’ve believed so He can replace them with something true. The greatest truth is that Jesus died for every one of us. As I consider my salvation, I am left with a sense of awe and wonder saying, ‘Jesus, look what You’ve done!’ My prayer is that when others feel the finger of shame pointed at them—or even their own—that this song would be a reminder of God’s redemption.

A lyrically simple yet effective account of the gospel and a testimony-like track, “Look What You’ve Done” speaks about the cross, the grave and the fundamentals of Christianity, Tasha holds nothing back here, in this vivid and vulnerable melody that declares that ‘…You spoke Your truth into the lies I let my heart believe, look at me now, look how You made me new, oh, the enemy did everything that he could do, oh, but look what You’ve done…’, and also in no uncertain terms relays that it was the cross and the grave that was the most important thing that was done and could ever be done to and for us, that ‘…on the cross, in a grave, with a stone, rolled away, all my debt, it was paid, look what You’ve done, in my heart, in my mind, in my soul, in my life, with my hands lifted high, I’m singing…’. There isn’t really much more to this song than that, and let me say that one listen from this song will solidify your faith, and make you a Tasha Layton fan! Let’s bet some money on that shall we? (yep, that was a joke!)

Over the past couple of years where ‘new’ artists released songs and albums, such as artists like Austin French, Riley Clemmons, Aaron Cole, Ava Max, The Young Escape, Lindsay Ell, Gabby Barrett, Koryn Hawthorne, Jimmie Allen, Mickey Guyton, Caylee Hammack, Dove Cameron, Aaron Bucks, Pat Barret, London Gatch, Sofia Carson, MDSN, Brandon Lake, Chris Rezema, Lydia Laird, We The Kingdom and Mack Brock; Tasha Layton’s latest song (and entire discograhy) stands tall amongst the rest of these melodies and projects, as she continues on in her mission to make Jesus’ name famous, and to point people to Him. Though we don’t know for sure when Tasha’s full length debut album will release (as in a 10 or more song project… and not just a series of EP’s!), we can still jam out to this song until such a time when an album does surface. And let me tell you, until that time, I will keep on listening to Tasha’s melodies, and tell people of Tasha’s thoroughly engaging and inspiring tracks. Well done Tasha, can’t wait for you to release your full-length album and bless us all with more songs! Fans of Hannah Kerr, Natalie Grant, Kari Jobe, Sarah Reeves and Mia Fieldes will love Tasha Layton!

Life is full of accusations.

“You’re not good enough.”
“You really messed that up.”
Or, “how could you have done that?”

Accusation is a tool used to bind us and keep us from being who God made us to be.

But the good news of the Gospel is THIS…  It’s doesn’t matter what we’ve done! All of humanity falls short.  No matter how deep our sin goes, God’s love goes deeper.

So when a finger is pointed at you trying to shame you (even your own)… lift your head and proclaim His truth over your life, whatever that might be.