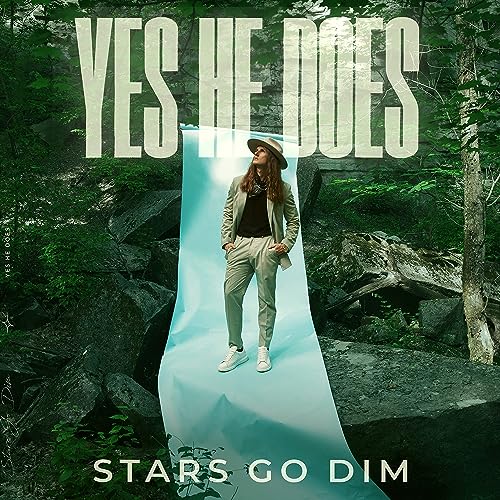 Stars Go Dim burst on the scene in 2015. For me at least. Sure the band was making music long before then, in fact, the band itself was birthed way back in 2008, as a side project that a couple of members of Pillar decided to undertake. Now more than 10 years later, Stars Go Dim is much more than just a ‘side project’. This full-time ministry, Stars Go Dim has in fact been under the radar for all these years, that is until the mid-2010s. Releasing Love Gone Mad and Between Here and Now back in 2008 and 2011 respectively, it was their signing to Word Entertainment at the beginning of 2015 that led to quite possibly one of the biggest label debuts of any new artist of that particular year. Their self titled debut album released in October 2015 digitally and January 2016 physically, that led to many sought-after radio singles like ‘You are Loved’, ‘Walking Like Giants’, their not-that-popular-yet-still-popular-in-Australia ‘Stars’ as well as their retake on hymn ‘Doxology’. The band’s self titled label debut is in fact one of my favourites of 2015, and one of the most cohesive albums of 2015, period. Fast forwarding to 2019, and lead singer Chris Cleveland delivered Better, a project that comprised of all six songs from the Better EP, alongside a few other singles released in the first few months of 2019. While it is not known whether it is just Chris these days, or whether it’s the full band, Stars Go Dim nevertheless gave to us a powerhouse of an album in Better– songs that stood out to me from this project included songs like ‘Heaven On Earth’, ‘Pieces’, ‘I Look to You’, ‘You Know Me Better’, as well as the album ender ‘Autobiography (When I Found You)’. We as a site even reviewed the album here. And so, a few years after that, Chris Cleveland a.k.a. Stars Go Dim is back at it again, this time with a single release, ‘Yes He Does’, a song that is ‘…the first in a line of fresh songs leading up to Stars Go Dim’s third studio LP, Grace In The Wilderness, whose track listing will gradually unfold one release at a time over the course of the next year…’

‘Yes He Does’ is a reminder of something that we have first learnt and understood when we were younger, but for whatever reason, we seem to forget now because of life’s trials and difficulties. The song encourages us to draw upon our own personal experiences of faith in God during circumstances, situations and times of yesteryear, so that we can recall such moments of great faith (and God subsequently coming through in our own lives because of our faith and His providence in the trying times) and press into the understanding that He will come through for us- maybe not in the ways that we may expect, but He will come through for us. A song that has been emotive and powerful, heartfelt and a track that people can sing along to when listening to the radio, Stars Go Dim have a song akin to that of ‘You Know Me Better’, a song as compelling as ‘You Are Loved’ and as emotive as ‘All I Have’. A song that is the first in a slew of ‘single’ releases until when the new album releases sometime next year, hopefully this is the first of many songs that culminate into an album worthy to be appreciated and respected, as much as both Better and Stars Go Dim. One of the most welcome single releases of 2021 thus far, well done Chris for ‘Yes He Does’, and a great reminder that what He has accomplished in our own lives in the past, He can do so now, today. A song that has given me more faith in recent days to continue pressing into what God has for me, this BOP by Stars Go Dim is what people need to hear in this uncertain season of life. Well done Chris for ‘Yes He Does’, looking forward to more songs like this in the upcoming weeks and months ahead.