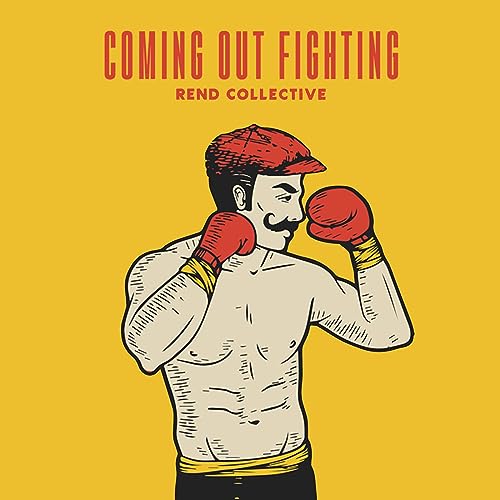 Now 2 albums into their career on Capitol CMG, and a chart-topping hit in ‘Counting Every Blessing’ from their 2018 album Good News, this Northern Irish band continue to stretch musical boundaries to be on the same musical ingenuity plane as other artists and bands- like Delirious?, Leeland, All Sons and Daughters, The City Harmonic and Crowder, to name a few. These 5 band members out of Bangor, Northern Ireland, have always been honest and earnest with their songs. And while they are currently on Capitol CMG, it was their former years at Integrity Music that solidified them as one of today’s most heartfelt worship groups, able to bring to us songs full of heart and hope, pain and suffering, yet equal moments of reverence and awe, encapsulated nicely in an Integrity Music album called ‘Mixtape’, a project that was, though redundant in every way because of Spotify, a nevertheless must-have for anyone who hasn’t heard much of Rend Collective before and want to start on a project that encapsulates the best of Rend Collective’s earlier years! Fast forward to 2020, and Rend Collective unveiled to us in March 2020, their brand-new album CHOOSE TO WORSHIP– consisting of previously released singles and promotional songs ‘Your Name is Power’, ‘Revival Anthem’ and ‘Sing it From the Shackles’. As the band continued to create a space of worship where creativity and ingenious song-writing was both celebrated with worshipful moments where songs were given space where people could respond as they meditated upon the emotive and challenging, and often uncomfortable lyrics; we as a site reviewed the album here. Now here we are in 2021, and the band have given to us another musical offering, this time a song titled ‘Coming Out Fighting’.

Rend Collective have always been a source of worship music over the years, and hopefully, as we all listen, we can admire the band for their tenacity and their longevity in a music, dare I say, business; where artists come and go at the drop of a hat. While ‘Coming Out Fighting’ is a song that has the best intentions from the band at heart, the song isn’t necessarily at the top of my own list of Rend Collective songs (possibly because of its repetitiveness in the chorus and the unfortunate cliché lyric-writing). In this day and age, the term ‘coming out’ means something entirely different than what I’m sure Rend Collective were going for in this song (we all know what the term means in today’s society, if you don’t, then I suggest googling the term would help!). And thus, as well-intended as this song ‘Coming Out Fighting’ really is, the song unfortunately doesn’t convey the things that it probably wanted to, because of this term. Maybe if Rend Collective conveyed the message of rising from the ashes and fighting for your life, never backing down and pressing forward with perseverance, in another way, the song would resonate more with me? Whatever the case, there’s been a few songs about fighting in the past that have resonated with me- ‘Fighting For Me’ by Riley Clemmons, ‘Fighting For’ by Hawk Nelson, and ‘Come Back Fighting’ by Philippa Hanna; so I guess ‘Coming Back Fighting’ by Rend Collective isn’t necessarily a new concept. So, I guess this song isn’t all that special…but because it’s by Rend Collective, does it mean this track is automatically popular? Maybe. But that doesn’t mean its that good though, in fact, dare I say that I’ve connected to this song the least, as opposed to every other high-charting song by Rend Collective in the past?

‘Coming Out Fighting’ has its heart in the right place, but because of phrases, as well as cliché lyrics…I just don’t think this song should’ve been made now, because of the world we’re living in. It’s being very insensitive to people who are LGBTQAI, and while I can understand the message behind ‘Coming Out Fighting’ and how Rend Collective wanted the song to be one of celebration and praise, of pressing on to new things, the reality for a lot of people who may wrestle with feelings and attractions is that life isn’t necessarily a celebration for them. Rend Collective the band is still good, but this song should’ve been thought out a bit more, because if Chris Llewlyn and co. wanted to convey something in the track, they shouldn’t place in a phrase that totally means something else in the culture of today- it’s just bad research on their part. Nevertheless, the band still is one of my favourites at the moment within the genres of ‘worship’, and one iffy song isn’t going to change that. Who knows, maybe this song can resonate with someone…just not me at the moment.