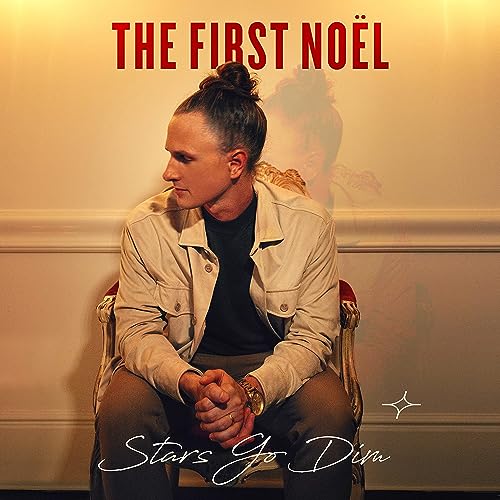 Stars Go Dim burst on the scene in 2015. For me at least. Sure, the band was making music long before then, in fact, the band itself was birthed way back in 2008, as a side project that a couple of members of Pillar decided to undertake. Now more than 10 years later, Stars Go Dim is much more than just a ‘side project’. This full-time ministry, Stars Go Dim has in fact been under the radar for all these years, that is until the mid-2010s. Releasing Love Gone Mad and Between Here and Now back in 2008 and 2011 respectively, it was their signing to Word Entertainment at the beginning of 2015 that led to quite possibly one of the biggest label debuts of any new artist of that particular year. Their self-titled debut album released in October 2015 digitally and January 2016 physically, that led to many sought-after radio singles like ‘You are Loved’, ‘Walking Like Giants’, their not-that-popular-yet-still-popular-in-Australia ‘Stars’ as well as their retake on hymn ‘Doxology’. The band’s self-titled label debut is in fact one of my favourites of 2015, and one of the most cohesive albums of 2015, period. Fast forwarding to 2019, and lead singer Chris Cleveland delivered Better, a project that comprised of all six songs from the Better EP (that released in 2018), alongside a few other singles released in the first few months of 2019. While it is not known whether it is just Chris these days, or whether it’s the full band, Stars Go Dim nevertheless gave to us a powerhouse of an album in Better– songs that stood out to me from this project included songs like ‘Heaven On Earth’, ‘Pieces’, ‘I Look to You’, ‘You Know Me Better’, as well as the album ender ‘Autobiography (When I Found You)’. We as a site even reviewed the album here. And so, a few years after that, Chris Cleveland a.k.a. Stars Go Dim is back at it again, this time with a Christmas EP release, titled The First Noel (EP).

With three of the songs featured here on The First Noel (‘How Glorious The Love of Heaven’, ‘Christmas is Here’, I’ll Be Home For Christmas’) originally released on Stars Go Dim’s first Christmas EP back in 2018, Chris Cleveland and co. deliver this Christmas EP in its entirety as we see the three songs released in 2018, being amalgamated into this 6 song 2021 Christmas project, with brand-new original Christmas material, like ‘Christmas Has a Name’ and ‘Home’, featuring up-and-coming country singer-songwriter, Hannah Ellis. A heartfelt Christmas original song from Chris Cleveland, we see the band deliver ‘Christmas is Here’ with such emotion and intentionality. Chris eloquently relays to us that he longs to go back to the time where people that celebrated Christmas actually knew what the holiday meant. In “Christmas Is Here”, Chris peels back the layers of his heart and becomes vulnerable beyond what I’ve heard in a long time, reiterating that ‘…I will sing joy to the world at the top of my lungs, born in a manger our saviour has come, from heaven to earth, hope is alive, the most wonderful time of the year, Christmas is here…’. As Chris inspires us all to look deep inside of ourselves and ask whether we believe the true meaning of Christmas or not, this song is a must listen this year if we want to get back to the roots of Christmas- and that is Jesus Christ and celebrating His birth. “I’ll Be Home For Christmas”, a fan-favourite holiday song, is also present here on this EP, and is a piano led rendition of one of the most overplayed holiday themed carols (it’s nothing special, it sounds like every other ‘I’ll Be Home For Christmas’ cover), while the last song from the band’s 2018 3 song Christmas EP (that’s also here on this 6 song EP) is the worshipful “How Glorious The Love Of Heaven”. Hymn like in nature, the track is thematically and lyrically similar to carols like “Away In A Manger” and “Silent Night”, and as we sense the sheer urgency and vulnerability in Chris’s hopeful vocals, we are inspired to worship Jesus with all of our everything as well, because of the glorious love of heaven that He lavishes over us.

Throughout the rest of the EP, Chris and the band continue to deliver new original tunes for the Christmas season, as well as fan-favourite holiday and carol songs that are given a modern Stars Go Dim twist. ‘The First Noel’, frankly an overplayed Christmas carol, is covered once again…and while I still wasn’t as connected to the song compared to other covers in years gone by, I still found this rendition pleasant to hear, showcasing some of Chris’s powerful vocals, even if the choice of song seems a little too predictable, at least within the realm of CCM singles. There’re tons of ‘The First Noel’ covers, and unfortunately, I’m not sure if this new rendition of the track adds anything new. The EP then rounds out with original tracks ‘Christmas Has a Name’ and ‘Home’- the former is a melodic ballad, detailing the Christmas story, and speaks of how Christmas has a name, and that name is Jesus ‘…Son of God, light of the world, most holy one, child of heaven, born today, come to take our sin away, Christmas has a name…’; while ‘Home’, a duet with up-and-coming artist Hannah Ellis, captures ‘…the universal feeling of making the annual pilgrimage back to a place that’s filled with a lifetime of sweet memories and the people you love…’ Home isn’t really a place, but surrounded with the people we love…but the actual place of where we may have grown up, could help evoke the feeling of home all the more as we travel this busy holiday season, to be with loved ones in a place that reminds us of the very thing that God gives to us each day- that in Him we are home.

Chris Cleveland may not be a household name, and Stars Go Dim may not be a popular band right now. Will this Christmas release make Chris and the band more ‘famous’ than they are right now? I don’t think so, but it could; however, I still reckon that that shouldn’t deter you from listening to this year’s most inspiring Christmas songs I have heard so far, at least in terms of original material. Since hearing his album Better and his most recent radio single ‘Yes He Does’, it’s clear that Chris’s best work is ahead of him, but until such a time when we listen to the 3rd album from the group, let us bask in God’s glory while we sing about His love and mercy and goodness during the season of our Saviour’s birth. I mean, Christmas is indeed upon us, so let us sing that Christmas is here!

2 songs to listen to: Home, How Glorious The Love of Heaven