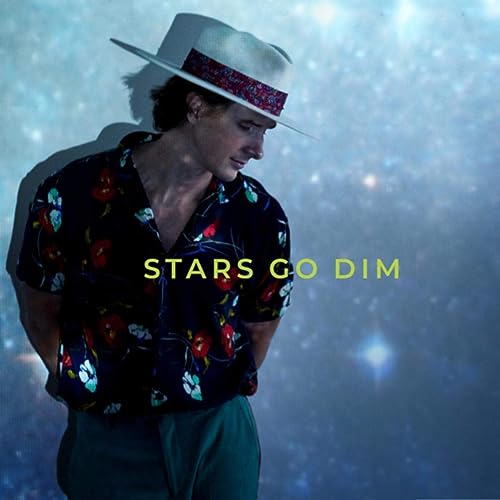 Stars Go Dim is seemingly a band that has become one of Word Entertainment’s (now Curb) best kept secrets. They have released material over the years that have been successful in their own right, but not as successful as the popular music of that day. Songs like ‘You Are Loved’, ‘Walking With Giants’, ‘Doxology’, ‘Stars’, even more recent ones like ‘Heaven on Earth’ and ‘You Know Me Better’, have all had success, albeit not to the liking of the band themselves, over the past few years. It’s a band where the songs are recognised more than the artist is, nevertheless, these men who initially started out in a hard rock band called Pillar (and then subsequently split and formed Stars Go Dim more than a decade ago), are giving the CCM market songs that impact and inspire. Their label debut album Stars Go Dim that released in 2015 was arguably one of my favourites of that particular year. They have been a band that have worked hard at their craft, as they deliver songs upon songs full of energy and passion. Now we are in 2019, and Stars Go Dim unveil yet another song to place into our music catalogue- ‘It’s Gonna Get Better’. A song full of lyrical genius and musical prowess? Oh how we wished this song was…need I go on?

But I will, I definitely will. This review is not my intention to ‘bash’, but I can’t help but recognise the music coming straight from another song that anyone who just enjoys music, has heard. Stars Go Dim delivers ‘It’s Gonna Get Better’, a song full of comfort and hope as we realise that everything we face in life is going to lead to a better thing than what we have been experiencing before. Yet for me, it is the music and the progression of the song that worries me quite a bit. If anyone who has been around listening to music over the last few years, you know that pop icon Taylor Swift delivered what is probably her most polarising album yet, reputation way back in 2017. And yet here we are later, listening to Stars Go Dim’s ‘It’s Gonna Get Better’, and the verses, intentionally or not, sound very similar to the chorus of Taylor Swift’s ‘Delicate’ from reputation. Now I don’t know about you, but because of such a similarity, I’ve found myself enjoying the song less and less as every listen passes by, even though the song itself, when you don’t compare it to Taylor Swift’s melody, is actually quite good. The lyrics are on point, and the message is something we all need today. But, as it stands, people live in an interconnected society, and if I can figure out that some music bars of this new Stars Go Dim song is very similar to a Taylor Swift song one and a bit years ago, then others would’ve figured it out too. Now I’m sure I feel sorry for Chris…he’s just doing his best- maybe he hasn’t heard of ‘Delicate’ and it’s just a random coincidence. Maybe the co-writer of the song (if there is one) remembered ‘Delicate’ from way back long ago, and subconsciously wrote the melody into ‘It’s Gonna Be Better’. Whatever the case, and whichever way you slice it, ‘It’s Gonna Be Better’ will always be tainted from now on because of this…which is sad, because Stars Go Dim has nevertheless unveiled a song with a heartfelt message, just a melody that shouldn’t have been seen the light of day!

Nevertheless, Stars Go Dim, regardless of whatever this debacle is and what it means, is still a great band to listen to. Chris Cleveland, lead singer of the group, has placed his heart and soul into the EP project last year, and what resulted was Better EP, one of my favourite EP’s of 2018. But then 2019 came around, and ‘It’s Gonna Be Better’ decided to rear its head. Still, here’s hoping someone else will love this song and be encouraged, because frankly, I don’t think I can get past this musical similarity to Taylor Swift’s ‘Delicate’. Still, Chris and co. have tried their hardest, and here’s hoping their next musical offering is more original-sounding than this song!