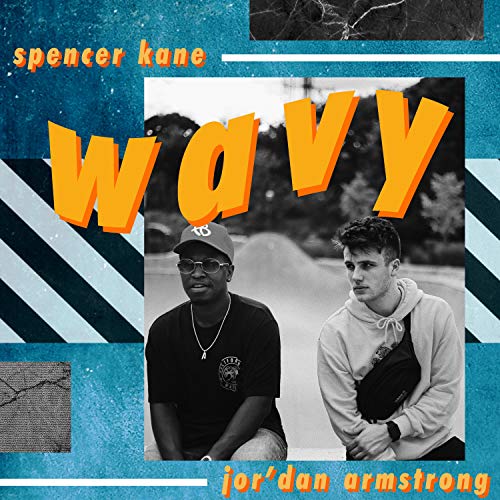 As one of the four members of Anthem Lights, Spencer Kane, like other members Chad Graham, Caleb Grimm, and Joey Stamper, has recorded solo material on the side, and has been successful at a career with a group and on his own. Whether this is sustainable for the future is another story all entirely, however in my opinion Spencer still never fails to surprise us with what he releases- either musically, lyrically or both. With “This Is The Intro” he records a full on rap album, while “Pieces” is a worship melody- so I guess you could say that Spencer is diverse in what he releases- basically anything that doesn’t fit in with Anthem Lights, he does as a solo artist.

Enter in “Wavy”, a new single sung with Jor’dan Armstrong. A pop/rap/chill Jamaican or Caribbean style melody, we are introduced to a heartfelt, poignant and hopeful melody about how when God is on our side, we are wavy aka we’re hip, cool, unique and fresh (according to the Urban Dictionary!)- where Spencer and Jordan trade vocals so effortlessly, and the laid back melody gives us some holiday vibes, as we close our eyes and just bask in the presence of God. Though at times the track felt a little dragging (maybe it’s just that I prefer Spencer full on singing rather than half rapping and half talking; “Wavy” nonetheless does have it’s place in the music industry, even if in my own mind the track is torn between genres, and as a result only sounds half decent and doesn’t really excel at pop or rap!

It isn’t known whether Spencer Kane will record another full-length album like how he did in 2016, or whether he will just stick with being in Anthem Lights and just doing the odd single here and there. Regardless, his ministry as a solo artist is just as important as being part of Anthem Lights; and “Wavy” is testament to that, as in some strange way “Wavy” is somewhat Spencer’s testimony. Which makes the track all the more special to listen to, as we dwell upon what Spencer has for us in the near future. Well done Spencer, you’ve outdone yourself yet again, can’t wait for whatever comes next!