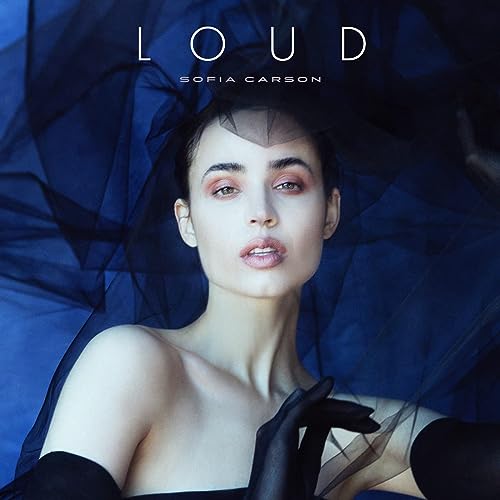 ‘…Sofia’s music and acting career is only getting started, and even though she will always be remembered (at least by myself) as Evie from the Descendants movies, her rise into stardom reminds us all, that an artist can create great songs and still be grounded in their own ethics, morals, and beliefs. One of this generations most respected role models of young teenagers who are looking for people to look up to, all I have to look towards are Sofia’s interviews on the Zach Sang show to see her ability to hold well-mannered and intelligent conversations, being what we believe she has been from the start- an artist dedicated to creating music that challenges our own status quo, all the while being humble and understanding that the gift of music to the people is just that- a gift, meaning that as quickly it has been given to someone, it can be taken away. We ought not to waste what we have, and Sofia’s certainly not wasting her talent, trying her hand at both singing and acting. While in the end, anyone who tries to undertake both will probably gravitate towards one, more than the other (I reckon that as time goes on, Selena Gomez will focus more on acting, and Demi Lovato more on singing/podcasting), we dunno what may happen with Sofia and her upcoming song releases (whenever they come) and her acting gigs. Will she go the route of an actor or a muso? Who knows- maybe she can do both for a time, before she chooses, but until such a time as what could eventually become a crossroads for this impactful artist; we are blessed with Sofia’s screen presence (in both movies and TV shows) and her vocals in the form of her songs- tracks like ‘Love is the Name’, ‘Hold Onto Me’, ‘Chillin’ Like a Villain’ and ‘Rotten to the Core’ make up for essential listening if you ever want to check out Sofia and her artistry… Maybe, just maybe, through her artistry (through either acting or singing), she can remind us all, that you don’t necessarily have to be too famous to have your work become admired and respected. And while I’m sure that people, especially kids, will remember the character of Evie much longer than they remember Sofia herself, her music and ability to immerse herself into a character (especially Evie) so deeply as to create a connection between her characters that she plays and the people watching, is something that every young aspiring artist/actress/actor should work towards, and is something that Sofia has been able to embody quite well. Her character of Evie is far different than her character of April (in Feel The Beat), which in turn is also different than Lola Perez (in Adventures in Babysitting). And it is in light of this, that I can see the energy and effort that Sofia has put, not only into her acting, but into her music too. Each of Sofia’s songs are different and unique, and though short, are full of richness and poignancy- songs like ‘Different World’, ‘Hold On to Me’, ‘He Loves Me But’ and ‘Always’ stand out for me, as I, along with other fans of her music, am quietly hopeful of a potential full-length album from Sofia in the near future. Regardless, her music is still emotive, heartfelt and impactful, something different compared to the endless pop that we see release each and every week. There’s a message behind a lot of what Sofia does. Who knows- just start checking out Descendants, and then go from there! Trust me- you may find that by watching one Disney Channel movie, you can explore someone’s artistry of pop in a way that allows you to become invited into witnessing one of the most different and unique, but equally underappreciated, artists, this generation has ever seen, this side of the 2020s…’

This above quote is an excerpt of my blog about Sofia that I wrote last year August, and how I discussed her music, acting and general artistry, and how I decided to place her within an arbitrary, inaugural list about influential and impactful artists that are transforming music today, and into the future. Artists like Maren Morris, Marc Martel, Echosmith, Lindsay Ell, Rachel Platten, Zach Williams, Lauren Alaina, Philippa Hanna, Hunter Hayes, Colony House, Maddie & Tae, Lewis Capaldi, Cassadee Pope, Lucy Thomas, Amy Shark, First To Eleven and The Shires; are just some of the many artists we decided to showcase in the ‘Influential Artists of the Next 5-10 Years’ list, as we were reminded that artists now (and artists yesteryear that are still not as ‘popular’ now) can have a tremendous impact into people’s lives, much more so than they themselves realise. Sofia Carson was also part of the list, and you can read more about her and her music in the blog that I wrote around 6 months ago.

Now, Sofia’s unveiling of something new, was met with intrigue and excitement. Never before has there been a mainstream artist like Sofia that I’ve been excited for (out of any single/album release in 2022 thus far), and ‘LOUD’, which just released this past Friday, has been the result of years of change and realignment, as we see a shift in the focus of what we want people to believe, about themselves, others, women and men…just a song that allows us to be unapologetically ‘us’ (whatever that means), as we learn about ourselves and see what we know are non-negotiable beliefs/values for ourselves, and what else we can ‘agree to disagree’ on, as we speak, discuss and commune with people who act and believe differently compared to ourselves. ‘LOUD’ is a result of us being ‘loud’, ‘bold’ and firm in what we believe, but all the while respectful of the other persona’s journey that they’re travelling on as well. A song that has become an anthem for a lot of young girls out there that need an anthem to allow them to speak their own minds too; Sofia’s new song challenges the status quo, and gives us confidence to speak up for ourselves, that what we have to say isn’t anything to be ‘ashamed’ or ‘worried’ about, that just because we’re not the typical people that speak generally, doesn’t mean that we don’t have anything good to say. While the song focuses on women speaking up for what they believe to be true, this song can still apply to a variety of situations and people- anyone that knows they are a ‘minority’ (for whatever reason) and knows that they’re seemingly being dismissed of their ideas, because of the very fact that they are _____ (fill in the blank). ‘LOUD’ encourages people to step out of the fear that has held them back, and to jump into a sea of peace and calm as they share their stories of hope, determination, and perseverance. ‘LOUD’ encourages people to be ‘uncomfortable’- knowing full well that we were not meant to be on this earth to ‘play it safe’. To be the one that makes another uncomfortable, is actually a good thing- it means that the person who is seemingly ‘uncomfortable’ with your presence, is really tapping into their biases, insecurities, and assumptions. And maybe fleshing out those dormant views is something that can be good in the future- that once we acknowledge things that are harmful to ourselves and others, the sooner that we can change and become better role models to society and other people that are looking up to us in a way that we look up to our own mentors and role models. Well done Sofia for such a powerful and challenging single. Can’t wait for the full-length debut album, whenever that comes.

‘…[LOUD] is birthed from the movement that we are feeling in the world, dedicated to and inspired by young women and the fearless voices of change who are at the forefront of history right now. Amplifying their voices, amplifying each other’s voices, and fearlessly making change. I feel so honoured to be able to be some sort of a vessel for this message through the song and to see that it’s already, just in a couple of days since it’s been released, having an impact on young men, young women or however you identify, all over the world in fearlessly telling their stories as to why they were made to be loud. It’s been really beautiful to see that…I think women around the world have always been in this position, where us being assertive and expressing our opinions and perhaps being loud, isn’t as acceptable, or it’s seen as being difficult rather than just being assertive, rather than just being a man knowing what he wants. There’s always been that double standard in life, and we’re seeing that change because of women around the world who are saying ‘no, I am loud’. Being loud doesn’t mean that we have to scream, it just means that we are unafraid to voice our opinions, unafraid to make change. I was very lucky to be raised by a loud woman who always taught my sister and I to be unapologetically loud, and that loud didn’t have to mean being the loudest voice in the room but to be fearlessly yourself and to be unafraid to speak your mind. [It] is something that unfortunately so many women have struggled with because of how society has raised us or how society has been framed. It’s a beautiful thing to be able to celebrate our loudness and the beauty of that…’