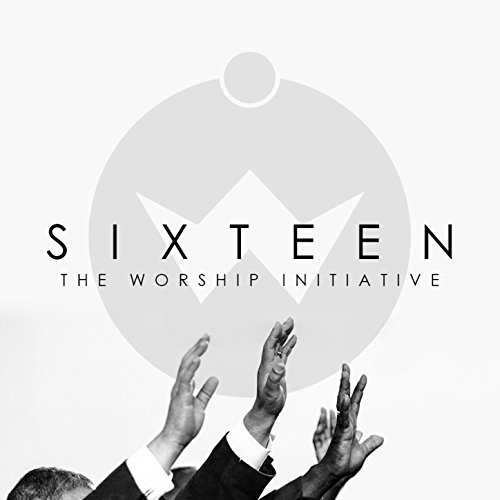 Shane and Shane don’t need any introduction. Shane and Shane have made a name for themselves over the years, since 2014 onward as they launched the Worship Initiative Website, online toolkit and worship resource program alongside various albums of cover worship songs (songs that are popular in churches around the world) that have released at periodic times throughout the last few years. Often at times Shane and Shane record the worship songs in a much better structure and atmosphere compared to the original recordings…and that is ok. Shane Bernard and Shane Everett; both of whom make up this duo, have been undertaking this ministry for a while now (since 2014) and have since amassed 15 volumes (12 full length albums and 3 EPs) full of worship covers. Let’s just say that every worship song you could think of, they would’ve done a worship cover of it within one of their 15 volumes. And most, if not all of them, are comparable to the original.

While Shane and Shane have been part of the Fair Trade Services artist roster for quite some time, it is from the point of The Worship Initiative’s onward where they decided to release music independently. Previously being part of a label that housed other well-known artists like Phil Wickham, MercyMe, The Afters, Sara Groves, Hawk Nelson, Micah Tyler, Newsboys and Jasmine Murray to name a few, both Shane’s  made themselves a name within the CCM industry as one of the most emotive and enjoyable duos to deliver humble acoustical worship music as referenced by much of their discography on both Inpop Records and Fair Trade Services. Yet it was when they unveiled The Worship Initiative and the albums that followed, that they really asserted themselves as a premier cover worship band (yes, in my opinion, usurping Phillips, Craig and Dean as my favourite worship cover band…ever!). And so fast forward to today. The Worship Initiative Vol. 16 released not too long ago, and this album (and much of Shane & Shane’s worship album discography) is a must have if you are a fan of modern worship music, or if you want to earn something new, or just enjoy the band and their harmonisation on music. Even if you haven’t contributed to their kickstarter campaign, the songs can still be enjoyed either on Spotify or either through purchase on iTunes or Amazon.

With a glance at the track listing on this new album, we can see a myriad of popular worship songs of today. ‘Chain Breaker’, though not an ‘official’ worship song, has been played on radio a lot over the last few years, so I guess it was only natural for Shane & Shane to lend their own version to the tracks. There are other songs that are familiar in the 10 track lineup as well- ‘So Will I’ (UNITED), ‘This We Know’ (Passion), ‘Who You Say I Am’ and ‘Behold’ (both by Hillsong Worship), ‘Do It Again’ (Elevation Worship) and ‘Living Hope’ (Phil Wickham) are all given the Shane & Shane treatment, as is some ‘forgotten’ tracks like ‘Let It Be Jesus’ (Christy Nockels) and ‘Look to the Son’ (Hillsong Worship)- both these two songs aren’t as popular as the others aforementioned, yet they are still popular amongst some churches around the world, I’m sure. Nevertheless, if you enjoy modern worship, and enjoy worship songs of today, then this is the album for you.

There’s in fact one originally written song on The Worship Initiative Vol. 16– ‘Life Defined’. Written by both Shane’s, the song travels along the theme and message that our lives and how we allow the Lord to work through them to bring about his glory and our good, show people around us (and us as well), how well we truly understand the gospel…or even whether we really grasped the enormity of it at all. ‘Life Defined’ feels like a song I’ve heard before, yet even so, I haven’t. The melodies are a tad familiar, but all in all, the Shane’s have delivered a track that is confronting as well as encouraging. How are our lives defined at the moment- from birth till now? How are we living? To show others the love that we have freely received? These are the connotations that can be seen from the music and lyrics of ‘Life Defined’, as we reflect on what Shane Everett and Shane Barnard have conveyed to us in a song that I reckon is one of the most underrated in 2018 thus far.

The Worship Initiative Vol. 16 is a must have for anyone who appreciates and enjoys worship music; and enjoys listening to cover tracks that are as comparable, maybe even more so, compared to originals. Dare I say that Shane and Shane are even about to rival Phillips, Craig and Dean as the group of all groups who create great worship covers? Because maybe, just maybe, Shane and Shane have the edge. In fact, they do. With currently now 13 albums and 3 EPs full of popular worship songs under their belt, Shane and Shane and their ministry at equipping churches around the world with songs that encourage and impact, show us just how committed they are to their ministry. While the duo may not be publicised in radio as much as before, their passion and heart are still present and infectious, as every song on Worship Initiative Vol. 16 oozes over enthusiasm and encouragement, as some, if not most, of these songs on this EP have been some of my favourite worship songs I’ve heard within the last few years! Well done Shane and Shane for these songs, can’t wait for The Worship Initiative Vol. 17, whenever it arises!

3 songs to listen to: Living Hope, So Will I, Let It Be Jesus