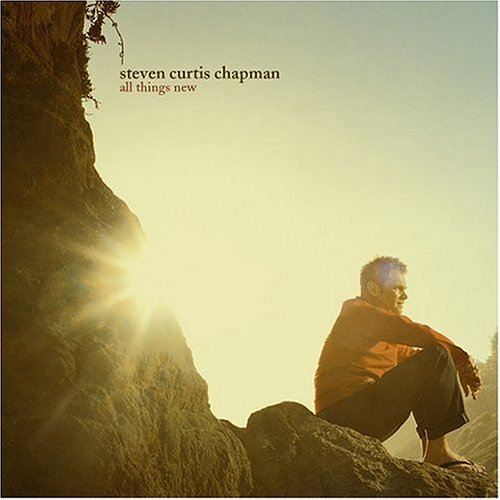 Hands up how many of you have had a family member or close friend pass away suddenly or had a terminal illness or a freak accident, within your lifetime? Is that everybody? I mean, is that everybody in the whole wide world? Yep, I think I can see every single hand raised… But I mean seriously, death is something that we know is happening (though we may not know when!); and that we know for certain is around the corner, whether we like it or not. The saying goes that ‘two things are certain- death and taxes’; and society is right on that front. Because no one knows the day or the hour that each one of us leaves this earth. It may be in 80 or 90 years, or it could be, shudder to think…tomorrow. And for me personally, I have seen the effects of loved ones, friends and acquaintances, people that I know, or knew of, dying; and boy, it ain’t pretty.

Mum and Dad have told me and Jon countless times that because we were born premature (3 months premature in fact!), there was a chance one or both of us would die. A very big chance. That obviously didn’t happen because God orchestrated everything according to His grand design and plan that He knew at the beginning of time; however, in that moment, in that moment when maybe the doctors said that there’s a possibility that anything could happen; Mum and Dad would’ve been shocked, inconsolable, maybe a bit angry at God. Maybe for a split second, they would’ve run through any and every scenario in their heads, and played out maybe the worst one. And if you are wondering about whether it is just Jon and myself who have had brushes with death, then that’s not the case. Mum and Dad in the 80’s, were driving all night from Sydney to Canberra, and Dad fell asleep at the wheel, and I think it was in the midst of incoming traffic. You could say it was a miracle that Mum and Dad survived- it was my uncle, Dad’s brother, who saved them, as he took over and drove to safety.

Fast forward a few years to 2004, and death arose in my family yet again. This time with my uncle (the same uncle who saved mum and dad years prior!), who passed away by slipping on a plastic bag in his home- a freak accident. In 2007 my maternal grandmother passed away due to old age (or maybe it was some sort of illness, maybe cancer? I need to talk to mum a bit more about this!), and other family members/friends/acquaintances have died and/or suffered debilitating illnesses throughout the years. I don’t’ really want to sound morbid and write a list of who has died and who hasn’t, and who has been in the worst of times and who hasn’t- but Mum being immobile for the last couple of months (and it has only been in the past few weeks that she has slowly returned to normal; or as normal as normal can be when you’re still recovering and not at 100% yet!), has opened my eyes to the stark reality.

That none of us know when our time is up. We think we have all the time in the world to do whatever it is we need to do, and instead we do whatever it is we want to do. We put off doing our chores because ‘it’ll still be there tomorrow’ and instead pull an all-nighter in the form of an online multiplayer Super Smash Bros tournament. We throw a house party with a ton of friends instead of cramming for a test the next day- and we book a plane trip to Bali for a getaway with our friends (that is booked way, way in the future!) instead of helping our kids in their homework and their assignments due in a few days! We do x instead of y, all because we think we have more time. But the reality is that we don’t. we think we do, but we don’t. God knows how much time each of us have on this earth, but we’re not God. We’re just as likely to be struck by lightning tomorrow as we are to live a long happy and prosperous life up to the age of 90; and herein lies my point. That life is fragile. One minute it’s there and the next, it’s not. But if we could know how long we’ve got left…let’s just say for one reason or another we know that today is our last day on Earth. Would we live it any differently? What would you do if you knew in 24 hours, you’d be dead?

Knowing that any day could be your last is quite sobering. Because that fact is true- any day could be our last. Sorry to sound pessimistic, or realistic, or whatever you want to call it, but it’s true. Hypothetically though (cause no one could know the day you’re going to die!), if you knew that today was your last day on Earth, let’s hope and pray that you would make a few changes. Everybody has regrets, and has things they’d like to alter and re-do if given the chance. Though time travel and changing history is impossible, and part of science fiction; perhaps knowing your expiration date may be a bit freeing in a way, as it means you know how long you have left to restore your broken relationships, or change the person you are into the person you want to be.

Maybe you’re a selfish person, and thinking only of the situation and acting if it benefits you- but a sobering thought of the time frame of how long you’ve got left on this earth may encourage you to think more about others and be kind to those who have possibly hurt you. But as we go back to reality, and we can admit that we do not know when we are going to die- how shall we live then? Should we just live from day to day, or live for the weekend, or live for leaving work at 5pm, or live for staying up all night partying, or live for kid-free nights, or live for speed dating and finding ‘the One’? Or should we be stifled and sit at home all day, being depressed, and having a mentality of ‘we all could die tomorrow so might as well not do anything!’? Well in my honest opinion, I reckon we should live with a different mentality- a third mentality; and surprisingly, the answer that I reckon best describes how we should live with the tension of really living a long and fulfilling life, yet also knowing that our life is fragile and can be cut short at any time; is found within the thought provoking and profound, yet equally encouraging and heartfelt inspirational album All Things New from Steven Curtis Chapman in 2004.

If you haven’t heard of Steven and his music before- maybe you can read my previous Flashback Fridays blog from a few weeks back (about suffering) where I delve into what Steven has been through over the past few years. And now that you’re all caught up, let me quickly gloss over this project. Because a fair chunk of these 12 melodies are about heaven, and us wondering what heaven would be like, and us responding to Jesus knowing about the perfect place He has for us. Some songs are about our typical reactions to the God of the universe when we know about His plans for us beyond the here and now; and I reckon that once we fully grasp the concept that Jesus inviting us to be in relationship with Him actually results in us spending eternity with Him, we can live and really live well. No more living in the moment, no more living in fear and apprehension- I believe that once we commit fully to bringing the kingdom of heaven down to earth for as long as we are here until Jesus comes back; then our lives will be better worth living than before. With songs like the title track, “Coming Attractions”, “Last Day On Earth”, “Big Story”, “What Now”, “Please Only You” and “Much Of You” all reminding us of the intentionality and the activeness that comes with being a Christian, and the responsibility we all have to bring forth the gospel to every creature until He returns; our mission is clear. It’s the Great Commission; and while I will unpack our specific missions as Christians next week, let me say that I don’t think I’ve heard any album before that has so many songs focused on matters if the eternal heart. And it’s very enjoyable and commendable- and let me end by saying this.

That the third mentality of living should be living as if it is our last day on earth, and living with the assuredness of our salvation in Him and the firm foundation that we will be in heaven with Jesus in the end. We shouldn’t be afraid of dying if we know where we’re going after. And we shouldn’t be afraid of living because of the slim chance we could die young. We shouldn’t really be so over-the-top and live for the moment, only for us to miss the moments that God is leading us into. And we shouldn’t be so over the top in trying to win souls for Christ- it cannot be done in our own strength- only in Jesus’. Rather we should keep the fact in the back of our minds, that we may die soon- and then maybe write a bucket list, figuring out ‘what must I do before I die?’ then prioritise. Hollywood may be obsessed with death (see Death at a Funeral, or the finale episodes of several TV shows at the end of each broadcast or cable TV season!) however it doesn’t mean that we have to be. We can just know that death occurs, and let God work in us the way He wants to, for however long it takes for us to grow in Him and rely on Him. Even though I myself am not privy to my own death date, to doesn’t mean I stop living or live in excess. It means I cling to God, and allow Him to move in me as I step into what He has for me. That’s what it should mean for you as well. Live well according to His will.

Are you scared of the day you’re going to die? Don’t be. Instead lean on God and trust that He has you in the palm of His hand- and trust that we can live for Him even during that days when we think there isn’t any hope. God is here with us, all the time. So do not fear, because death is temporary. Eternity is forever.

Until next time guys, have a fantastic week!