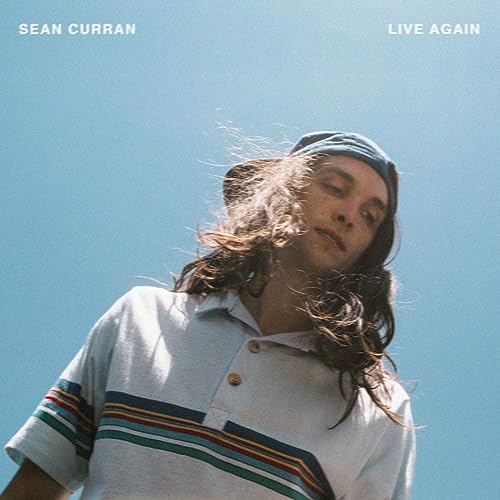 One of the bands who quietly broke up a while ago, with no press release, and also at the same time giving me a heavy heart, was Bellarive. Led by Sean Curran, the alternative rock/CCM group presented to us thoughtful yet still radio friendly and accessible music with an edge- something that we all were very proud of to enjoy. The Heartbeat and Before There Was area couple of the most inspiring and musically unique albums I’ve heard in a long time- and while we may not know the reason why the group split, Sean Curran is now back as a solo artist- having quite recently released his brand new single “Live Again”.

With Sean also a member of Passion, and with him contributing smash hit tracks on annual Passion albums, such as “Heaven”, “Worthy Of Your Name”, “Bigger Than I Thought” and “Step Into The Light”; we are re-introduced to a worship leader and a singer who is as passionate about Jesus as I’ve ever heard anyone else recently. “Live Again” is just pure perfection and worship at its most raw, vulnerable and emotional. There’s seriously nothing much more I can mention about this near flawless track- so instead of listing all of the reasons why I love the song so much, can I just say to you that you need to watch the lyric video and be amazed? It’s only 5 minutes, you all can spare that much, right?

Though this track somewhat sounds like Bellarive, Sean Curran delivers a masterpiece what he transforms into his own, and a song that I’m sure the church will pick up and run with on Sunday morning services in the near future. Will Sean release a full-length solo album in the future? It’s anyone’s guess, but in the meantime, let’s listen to “Live Again” more than once (maybe 10-15 times!) and marvel at the reach that Sean has in the industry at the moment!